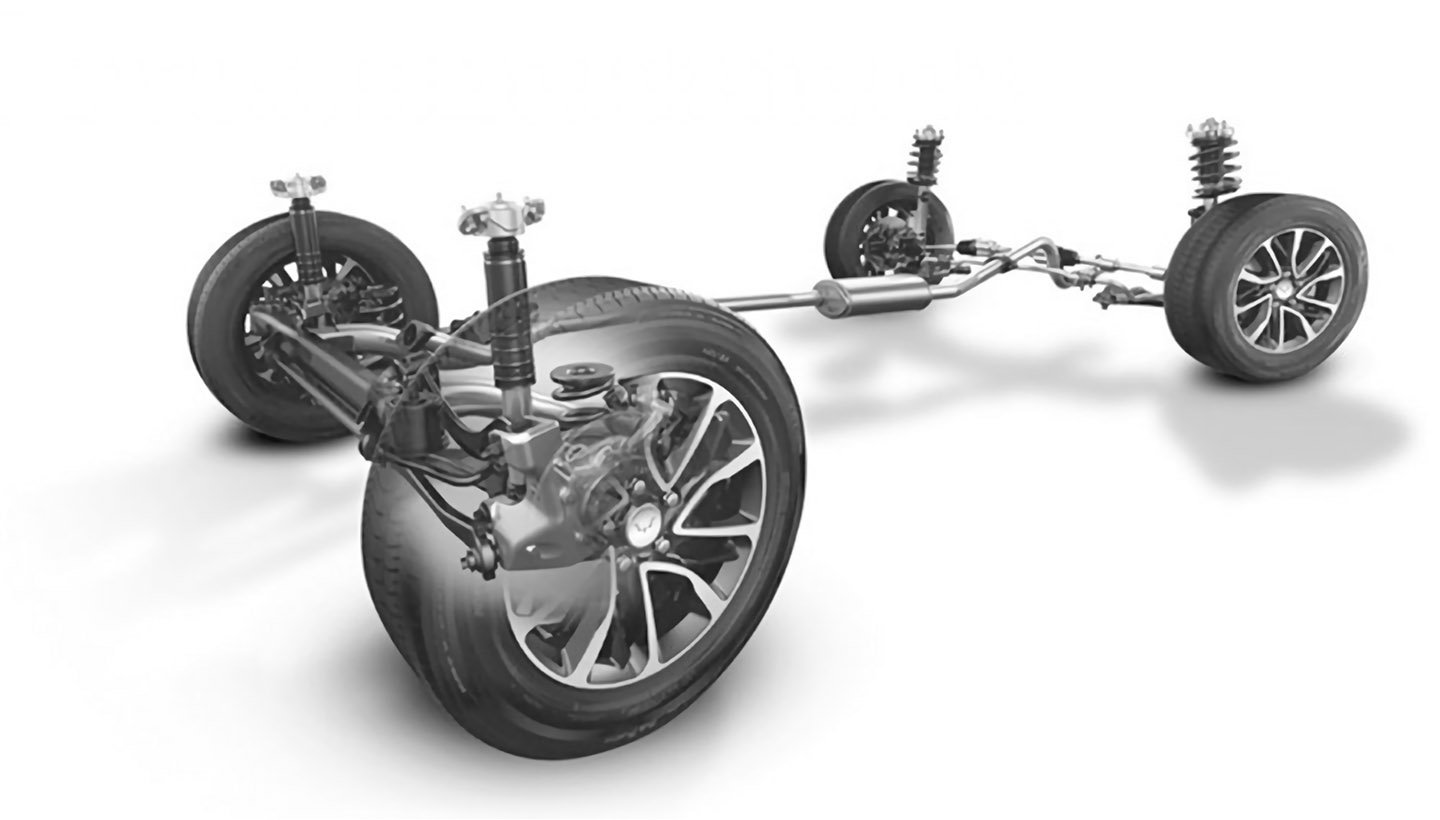 Cars can indeed run stably thanks to the systems that work in them. The suspension is one of the essential systems in a car so that it will have a bad impact if the suspension component is damaged.

With a suspension component, the car is more comfortable to drive. The suspension can also increase the grip-ability of a wheel to the road. At least there are several main functions of car suspension.

The suspension system’s primary function is to reduce or absorb various car vibrations generated from the road surface. This will make the car passengers feel safe and comfortable in the car.

Not only that, this system can also move the braking system and motion to the car body using friction between the wheels and the road. The suspension can also support the car body on the axle and help maintain the body’s geometric position with the wheels of the car.

The types of suspension systems in a car are different because it depends on the kind of car. Independent type has several kinds: Independent Type Trailing Arm Type, Macpherson Type, and Wishbone Type.

Rigid Suspension also consists of several types such as Balance Arm Type, Parallel Leaf Spring Type, and Trunnion Type 8. In comparison, the third type of suspension system is Special Suspension and Air Suspension to be examples of its kind.

In general, a suspension consists of several components in it, and each piece has various uses. Several types of cars have been equipped with multiple features to support the suspension system in them. The addition of components is usually to complement the needs of the car. 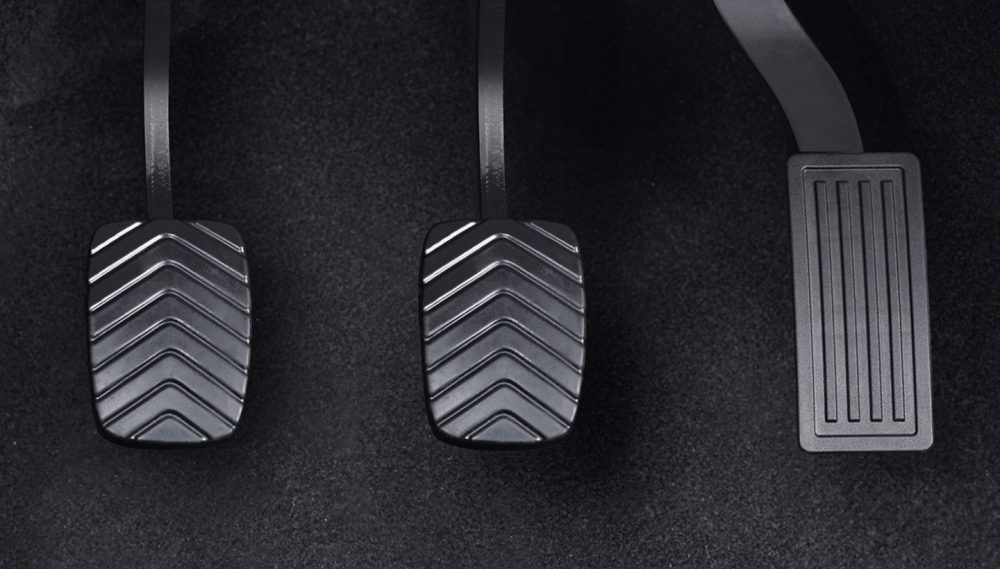 Springs are a significant component that has a critical role in a car suspension system. The primary function of springs is to absorb or dampen the various shocks generated from road friction with car wheels to not continue to the car body.

The springs also have a function to help increase the wheels’ traction on the road, which will make the passengers feel comfortable in the car. If the vehicle does not have springs, of course, the car will not drive stably. What Is a Car Fuel Pump? Know the Functions and Types
Driving and Parking
How To Use Child Car Seat Properly

A shock absorber is a component of a car suspension that functions to dampen up and down movements or oscillations caused by springs that absorb various shocks or vibrations from the road surface.

In a Shock Absorber, there is a liquid that acts as a shock absorber oil. The Shock Absorber fluid will absorb the spring’s oxylation through the resistance of oil flow in a small hole or orifice when the piston moves in a cylinder contained in the shock absorber.

Based on the construction, these components are divided into twin-tube and monotube types. Meanwhile, based on the working medium, the shock absorber consists of a shock absorber type containing gas and a hydraulic variety. 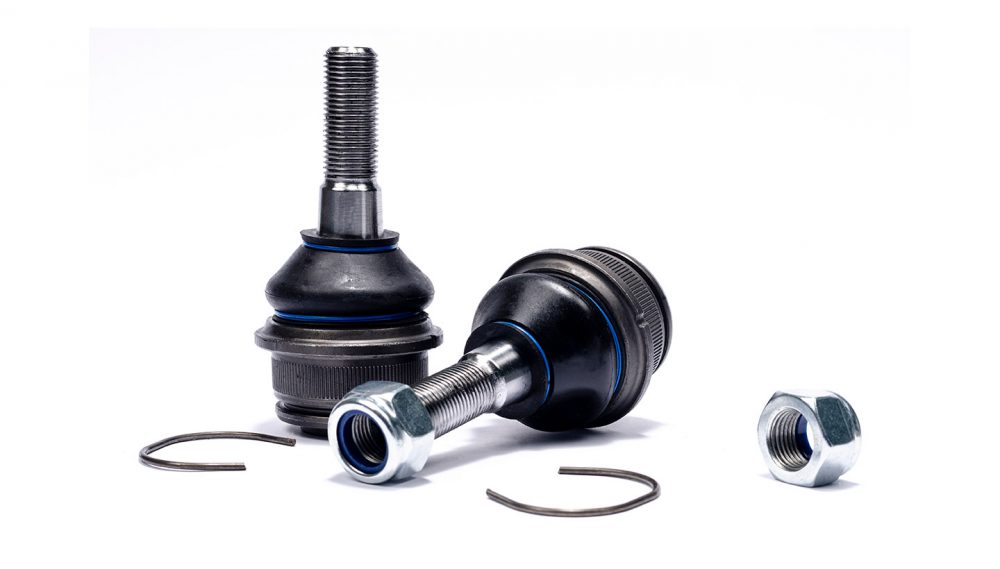 In a ball joint, you will usually find helpful oil for lubricating the various parts that rub against each other. If there is no oil, of course, the friction will not work correctly, and the ball joint will tend not to function optimally.

It is necessary to have the oil change at a specific interval in the molybdenum disulfide lithium ball joint. However, there is no need for grease to change in a ball joint with a resin holder type. 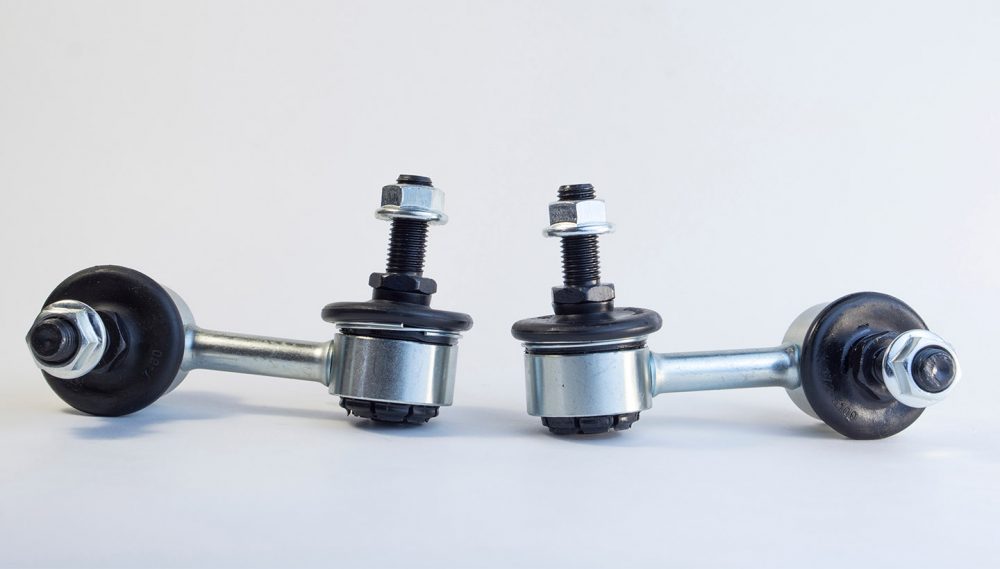 The stabilizer bar is a car suspension component that maintains body balance when the car turns. When the car turns, it will undoubtedly create a centrifugal force, which is the force from an object that turns or rotates to get out of the track.

In general, the stabilizer is an iron rod connected or connected between the lower arm of the left and right wheels. In the middle, it will usually be connected to the car body. Stabilizer iron rods typically have reasonably high elasticity so that their performance follows the car’s specifications.

The Best Way to Deal With Mold on Windshield
The Difference Between Electric and Hydraulic Steering
Car Carburetors: Components, Functions, and How They Work 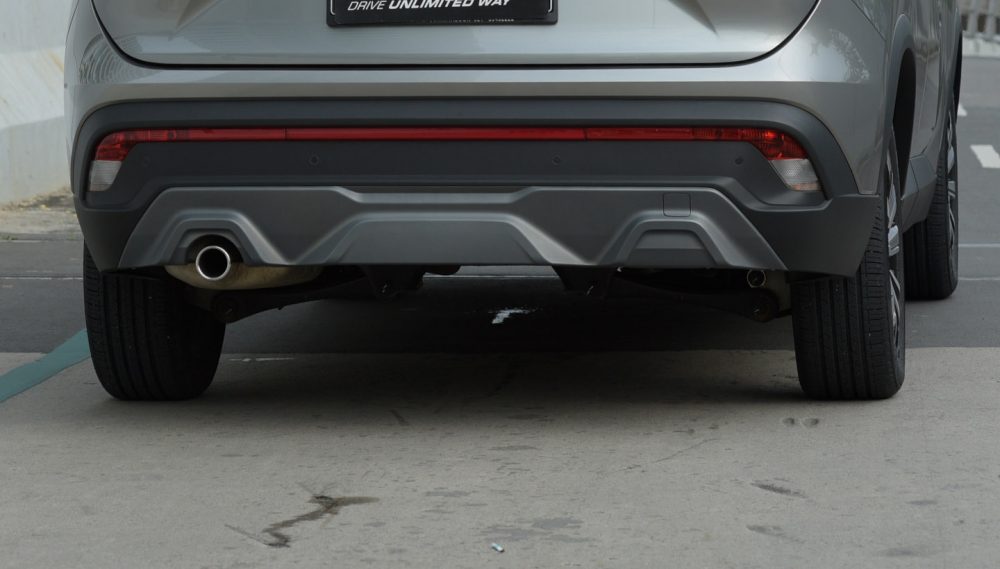 A bumper is an additional component that is included in the suspension system. A bumper does consist of several parts, such as bounding and rebounding. Both are installed usually to protect the axle, frame, Shock Absorber, and others.

Protection will be carried out when the spring position is in a condition that is expanding and contracting beyond its maximum limit. This will prevent any damage to the bounding and rebounding components.

Bounding bumper will usually take effect when the car is shrinking, and bumper rebounding will affect it when the vehicle is inflated. The bumper is one of the additional components in the suspension system that has a significant role in the car.

The general public recognizes a bumper as a safety device installed on the back or front of a car. The shape of the bumper is also made in various variations, depending on the car’s type and model. 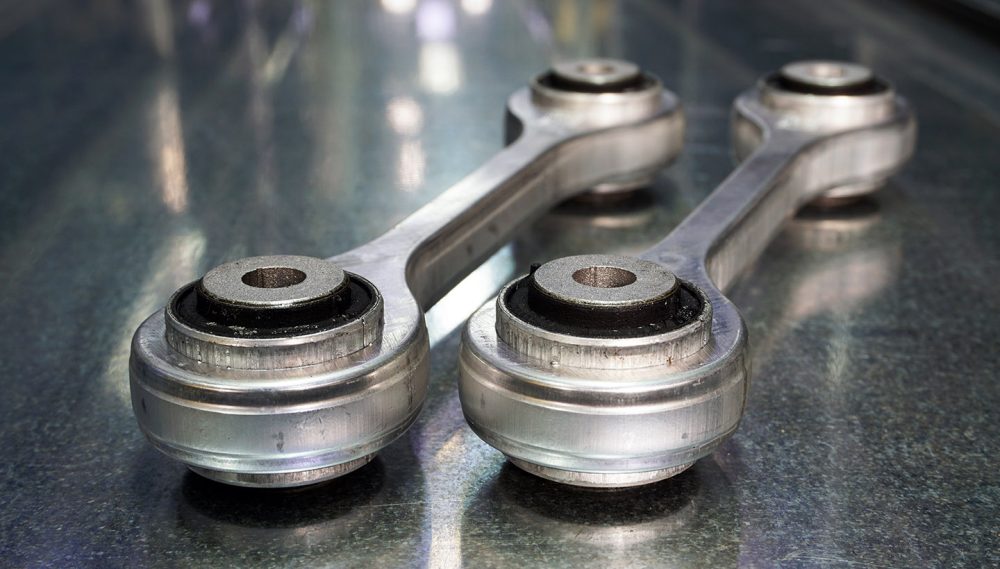 The lateral control rod is one of the less well-known additional car suspension components, even though it is undoubtedly present in a four-wheeled vehicle or car.

The lateral control rod component is essential because every car component must have a specific maintenance and repair period. If you have a car, it is critical to always pay attention to the various elements contained in the car. Do not let the components get damaged, which will hinder the performance of the car. 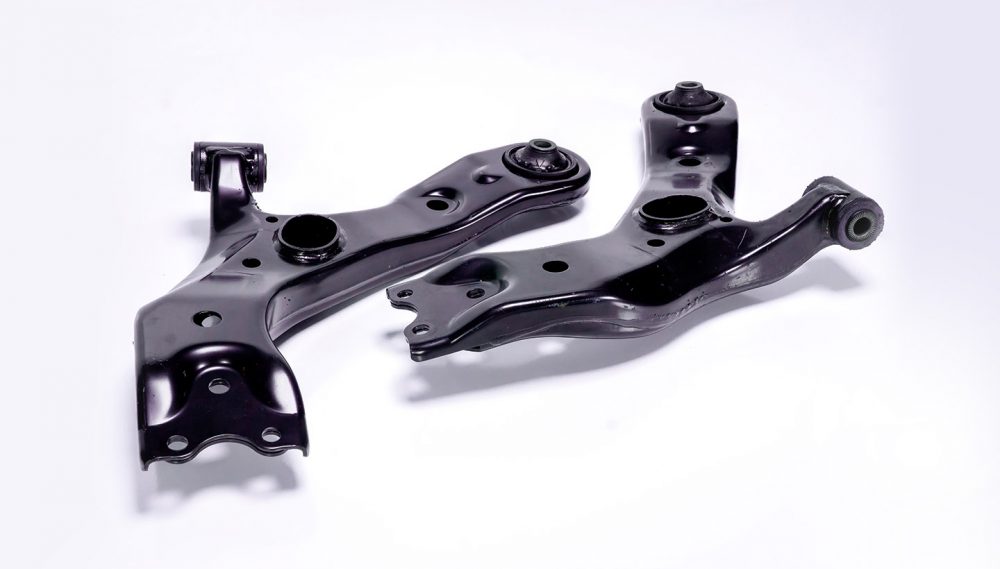 The arms work like a human hand that can move up and down in a car suspension system. In mechanical terms, this component is known as a wishbone or a-arm. Upper and lower arms allow the car to turn stably. 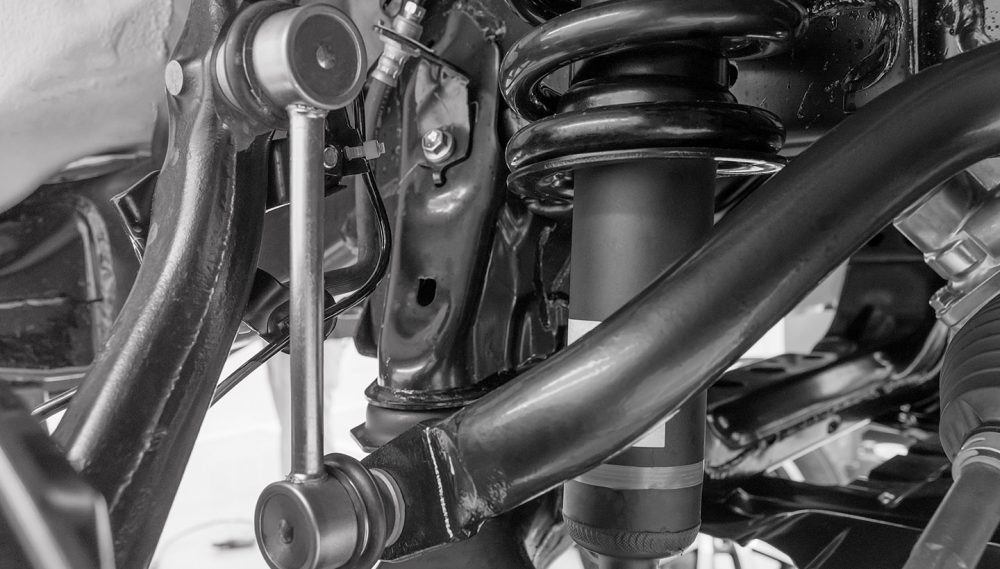 The strut bar is a component in the car’s suspension system that functions to hold the lower arm so that the front wheels can function correctly. At the steering wheel of a car, the steering wheel can turn on its own, and this condition usually occurs when the vehicle is in a straight position after turning.

When the spooring process takes place, the adjustment will be made to the strut bar nut. The strut bar does function to prevent or keep the lower arm from moving forward or backward. 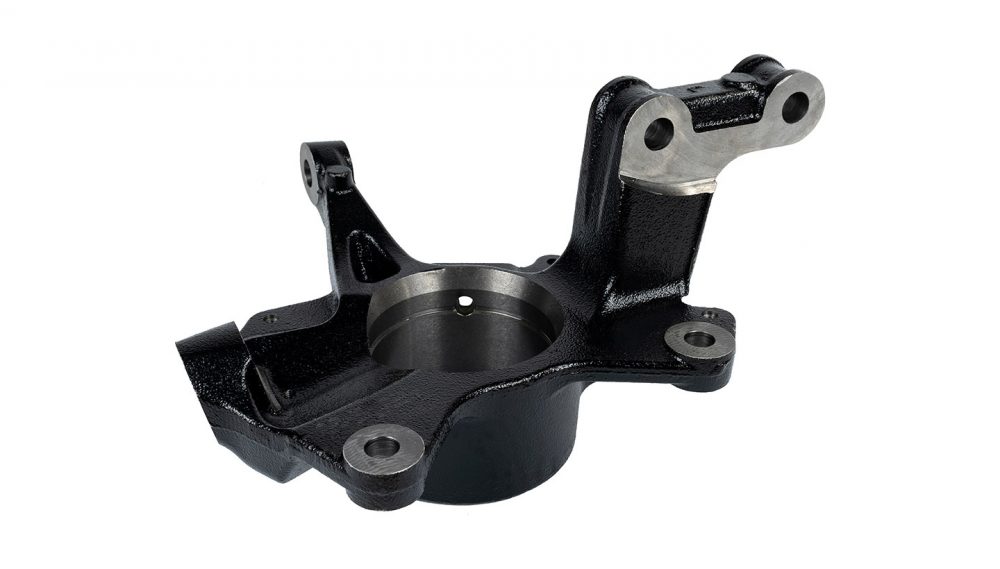 The knuckle arm has an essential function, so it requires you always to maintain the car’s suspension system. Ensure the car’s condition in authorized workshops so that the inspection is carried out in its entirety and all suspension components that are badly damaged, of course, must be replaced immediately.

Independent Suspension has a unique design for comfort while driving. The wheels on the left and right rear are not directly connected but are connected to the axle joints. To avoid rocking cars or when crossing holes. Not only drivers but passengers in the back seats can also feel the comfort of the Wuling New Confero S.

If you find various problems in your car’s suspension system, you must immediately check the car’s condition so that it can be handled directly. You also have to use genuine car spare parts, do not use imitations or counterfeit products. The state of the suspension in a car will significantly influence the comfort of a vehicle.

The number of Indonesians who own cars is increasing, and the types of cars are also varied. However, not many people understand the importance of suspension in a car. For beginners, you should always pay attention to car suspension components and check them regularly.

This is a complete review of the car’s suspension components and their functions. Hopefully, all the discussions included in the article can be the best reference for the Wuling family in caring for their favorite car.

Wuling Care Reassures the Comfort of Customers in Lombok Island