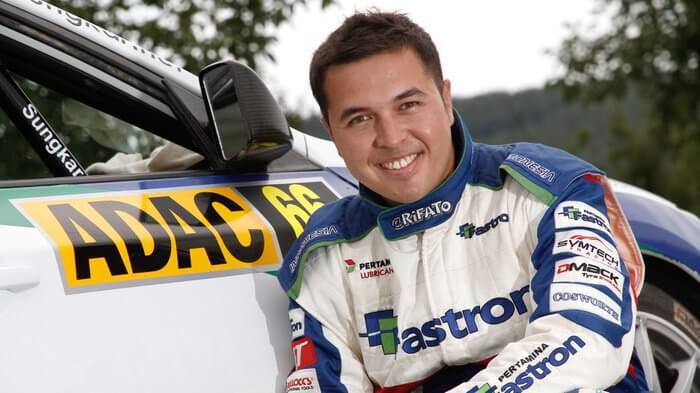 Welcoming the 2018 Asian Games in Indonesia, the government and the athletes have been making a lot of improvements and preparations as a host. High enthusiasm and spirit are resonating from the sports fans, especially those who have watched the game tests and some friendly matches. With the same spirit, Wuling also wants to invite the Wuling Family to further recognize the world of Indonesian car racing.

Realizing the glory of world car racing, including the enthusiasm of automotive lovers in Indonesia, the then government wanted Indonesia to be recognised in the sports car race segment. In the early 1990’s Sentul Circuit was built as the official circuit for holding motor racing events, be it car or motorcycle. Its heyday at that time was when they ran the MotoGP racing in 1996 and 1997. However, unfortunately the F1 organizers did not agree that Sentul circuit was sufficient enough to carry out its most prestigious car racing competition, because the angle is considered too short. The total size was trimmed about 40% of the initial design, because the initial designation of this circuit is for two-wheeled vehicles.

Although car racing has not been a popular event on a national scale, it does not discourage national car racers to stay in action. Rifat Sungkar, Ananda Mikola, Moreno, and Rio Haryanto are some racers whose names are often echoed when talking about car racing events. As the ‘youngest child’ in the car racing scene, nevertheless Rio has managed to bring Indonesia through various games and achievements that he took part in and bring glory to the country.

In fact, racing events are not only popular among men, but women are also just as attracted, this is proved with rising names such as Alexandra Asmasoebrata in the arena of racing car athletes. Andra sparked her interest in the automotive world through the influence of his father, Alex. Her performance has already set foot the international category. Similar to Alex Asmasoebrata, there is Chandra Gautama who is also a senior racer in Indonesia and who inspired his daughter, Diandra Gautama, to participate in engraving her achievements in the field of car racing and bring glory to Indonesia in the international scene.

The story of the athletes racing car is actually almost similar to each other. Rifat Sungkar also began his interest in the automotive world by the influence of his father, Helmy Sungkar, who was also similarly influenced by his grandfather, S. Gondokoesoemo who started his business in the national automotive world as the largest importer of American vehicles in the ’50s era.

TIPS ON PURCHASING A NEW CAR