2-year Journey of the Confero Series in Indonesia | Wuling 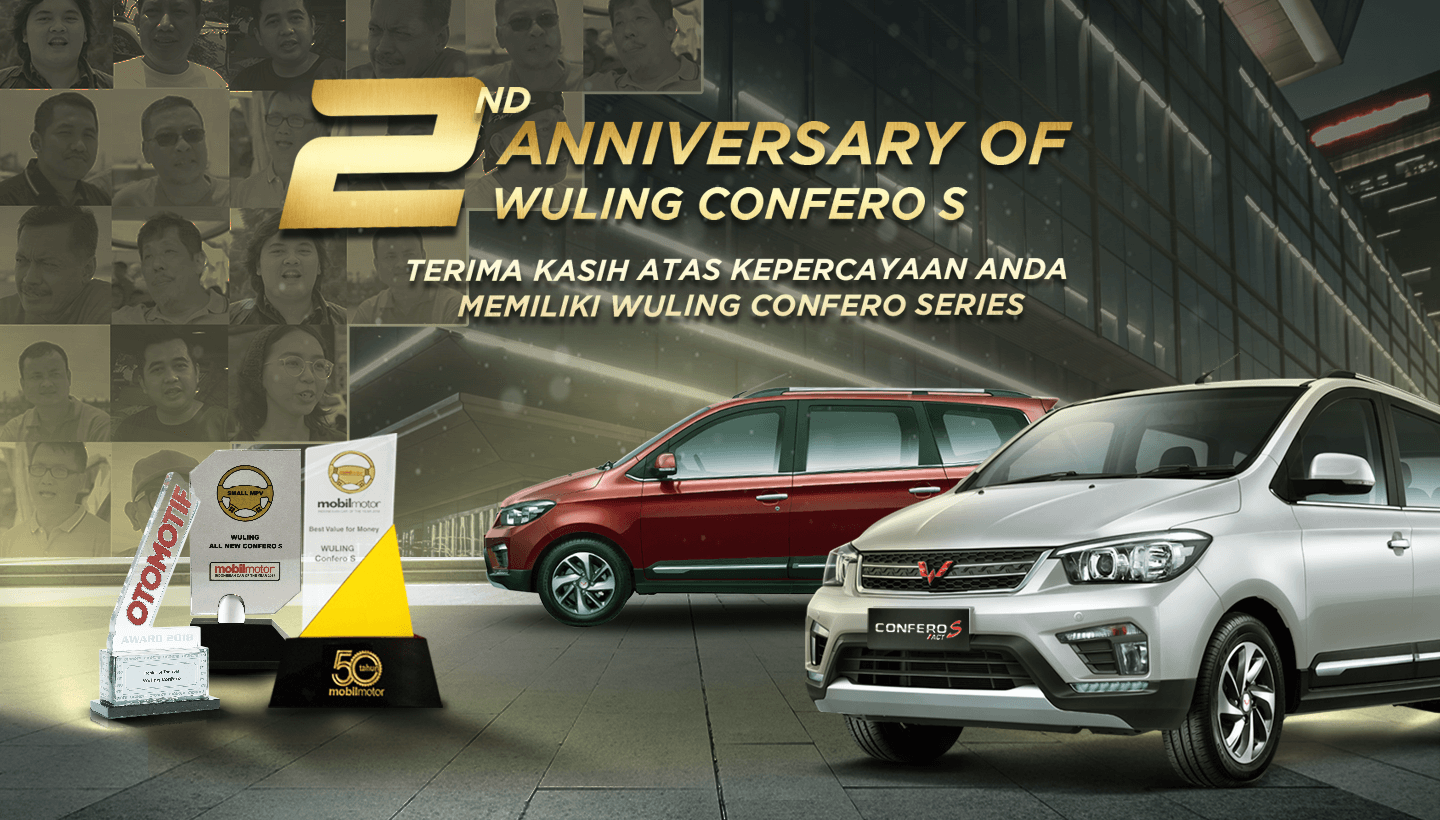 A glimpse of the Wuling Confero Series journey began at the launch of August 2, 2017 in Senayan City, Jakarta, the same year when Wuling Motors was present as one of the automotive manufacturers in Indonesia. The name Confero is taken from Latin. ‘Con’ means ‘together’ and ‘fero’ which means ‘to bear’, or when combined into menjadi togetherness ’. While ‘S’ in the name Confero S is an abbreviation of ‘Sporty’.

At that time, this MPV-type car used the projector’s headlights with daytime running light, there were also fog lights on the front. While the Confero S rear lights are equipped with LED lights.

Confero S has dimensions of length 4,530 mm, width of 1,691 mm and height of 1,730, including roof rails. The luggage can reach 250 liters if all the seats are installed for passengers. In the interior, Wuling Confero S is able to accommodate 7 passengers.

Stepping on its second year, Wuling Motors adds a Wuling Confero S variant, the Confero S ACT which is equipped with additional features to provide new experiences for consumers. Different from its predecessor, the Confero S ACT uses a 1,500cc gasoline engine and is capable of producing power up to 107 hp and peak torque of 142 Nm. This engine delivers power to the rear wheels through an e-Clutch transmission made in Germany, Schaeffler. The name Schaeffler itself already has a good reputation for developing semi-automatic transmissions. The innovation of this transmission makes it easy to change gears, without losing the sensation of changing gears manually on the gear lever and is efficient in maintenance. You don’t need to use a clutch, so when you are on a traffic jam, you won’t feel tired driving.

Furthermore, a stylish youthful design was applied to the interior which was seen from a black bench with red stitch accents and a red carbon style panel. Low Wuling MPV is also equipped with a spacious cabin space to the third row. Do not miss a variety of new features such as Electric Adjustable Foldable Mirror, Emergency Stop Signal (ESS) to the seat height adjuster driver also present in this new variant.