Friday, March 2, 2018 ago, Cortez along with a number of fellow journalists officially ran through a total of 328 kilo meters journey from the starting point of Wuling Motors dealer in Semarang at Jalan Sudirman to the end point at Jalan Mayjen Bambang Soegeng, Magelang dealer. The narrow, uphill, and winding tracks gave Cortez the golden opportunity to prove their performance—such opportunity also presented itself when the line-up of Cortez had to speed up in a steady and unwavering state through a straight track along the Semarang-Bawen toll road. 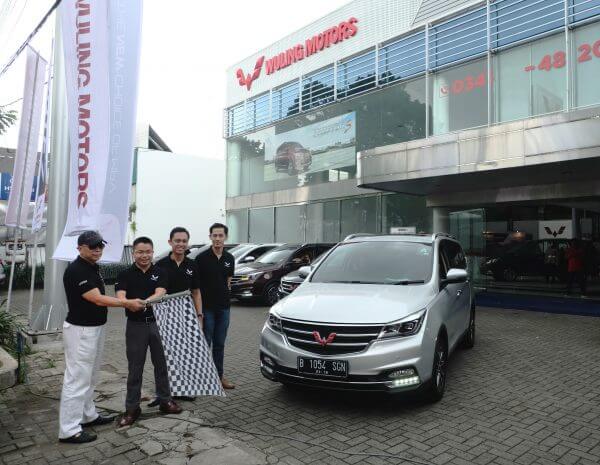 We extended that excitement by crossing the exotic eastern part of Java. This time, the track that we traveled on the second journey with Cortez had been carefully selected for each test drive participant to also experience a variety of new challenges and sensations in riding the new medium MPV from Wuling Motors. All questions regarding the 6-speed manual transmission, i-AMT, front-wheel drive system, and various safety features such as AVH, HHC, ABS, EBD, and others are proven through the personal experience of each journalist on the journey from the Central to the Eastern part of Java. 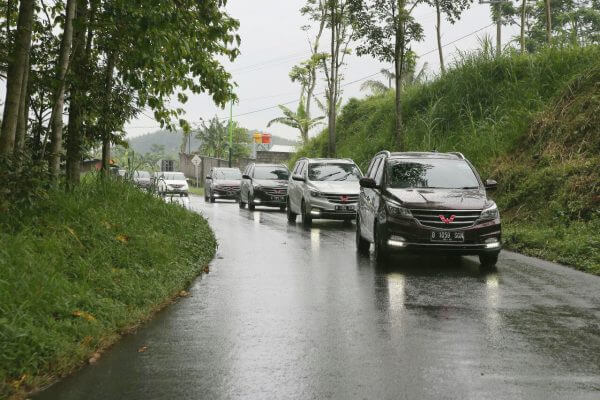 For this occasion, we also invited journalists who have been very familiar with Wuling Motors’ journey in Indonesia since 2015. The journey, which started at terminal 3 of Soekarno-Hatta airport on March 7, 2018 brought together journalists from various media in Indonesia. The 8.20 flight that morning had safely flown the whole entourage of Wuling and journalists in Malang. At the first visit, the Malang dealer, this sensation-fueled trip with Cortez participants got important information about Wuling Motors’ serious effort in building a sales network to fulfill the consumers’ demand in Indonesia for quality vehicles, as well as the need for after-sales services such as maintenance and spare parts to support the sustainable convenience of using Wuling Motors vehicles. 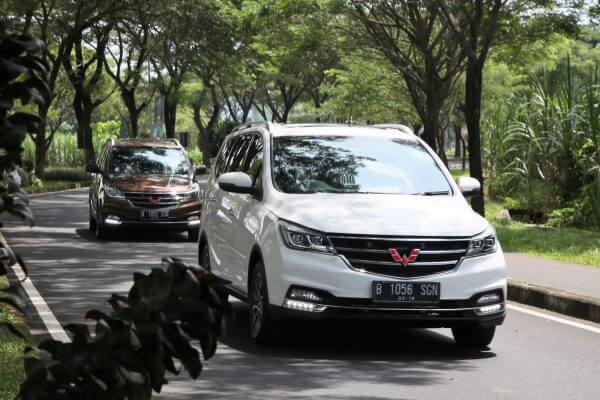 Travel convenience, however, is not complete without fulfillment of safety requirements prior to driving. Thus, we invited a team from SDCI (Safety & Defensive Driving Training) to inform some important driving tips. From day one to the third, all participants received helpful information on driving safely from proper seating positions, driving ethics on the streets, as well as important features on Cortez to support satisfactory performance during driving.

Departing from the dealers, we headed to a beautiful restaurant to enjoy lunch so that we could recharge before arriving to the second point, the Teras Plataran Bromo. One of the first tested features were the sensor and head unit display connected to the camera in the back while parking the car, “high-end!” said one reporter who was parking his Cortez.

Also read: Be Ready for Drive, Grow, and Progress

After enjoying the snack time and getting recharged, the entourage drove to the area in Bromo which we called Pasir Berbisik—adapting a national film, played by Dian Sastrowardoyo which was a 2001sensation. Electronic stability control (ESC) became the relied safety feature when splitting this sandy ground so Cortez stays steady and unwavered. The Cortez entourage stopped for a moment to find a good photo spot for Cortez and the drivers to appear photogenic. Unfortunately, it was already late in the afternoon, so the lighting was not good for taking pictures. 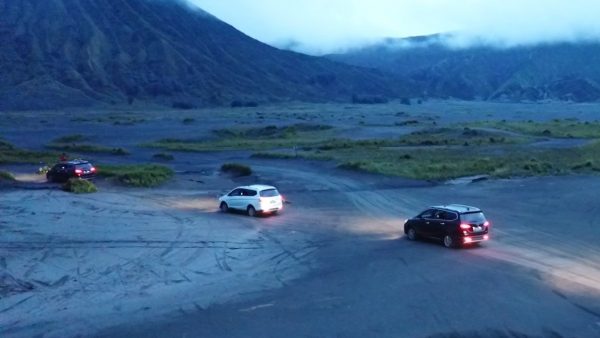 The first day trip of 92.37 km was successfully passed by each participant and ended when arriving at the Jiwa Jawa to rest for the night. The next morning, the session was started by Mr. Sony from SDCI to provide guidance on safe driving before progressing to the next destination. In this journey, journalists were advised to use manual transmission mode with low gear to be safe when moving in descending terrain.

Beautiful scenery and sunny weather were enjoyed with total satisfaction using the electric sun roof feature. After traveling for 2.5 hours, the participants arrived at a restaurant for lunch in order to get recharged for the next destination, namely Taman Dayu Golf to enjoy the afternoon snack and play mini golf together. This journey became very intimate and fun because everyone who was present really enjoyed the journey and big smiles were seen on every face. The awaited journey had arrived; the test for maximum speed. 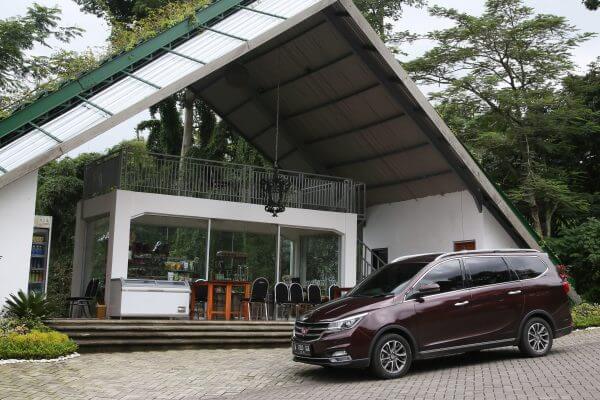 Having previously tested the manual transmission, finally the journalists can play the i-AMT transmission to run through the toll road to Surabaya. The presence of a sports mode feature produces power that allows Cortez to run up to 170 km/h. The support independent rear suspension took its effect in this journey, so a journalist who sat in the third row admitted that it was comfortable to sit there while the car drove at high speed. Additionally, the silence in the cabin gave an extra comfortable driving experience. Arriving in Surabaya the journalists enjoyed dinner at Domicile Kitchen and Lounge, as well as winning a variety of prizes in the Appreciation Night event. The smiles on their faces were widening tonight and so it was for us at Wuling. 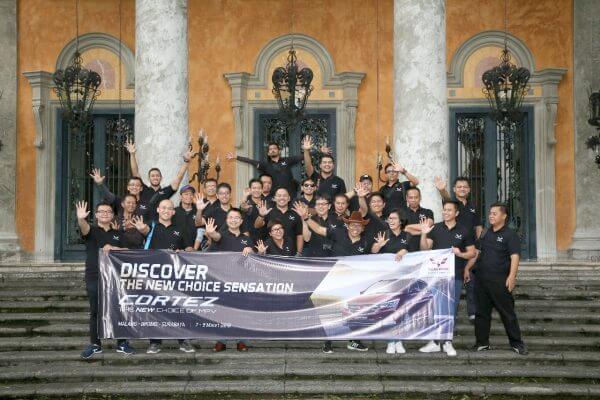 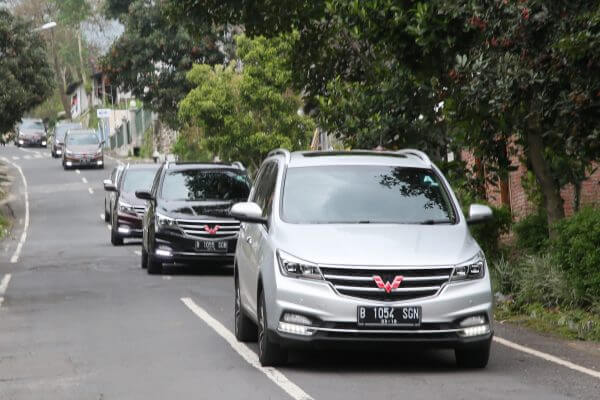 Closing the second night, we all entered our respective rooms at the Fairfield Marriott Hotel. This extra-long, exhausting journey of 204.5 km was paid with the expression of satisfaction of our journalist friends; for 200-ish million it feels almost the same as premium MPV. Power, torque, and traction control unexpectedly work very well. Such satisfaction is what we hoped for, so that Cortez can be a really new choice that satisfies Indonesian consumers.

Also read: The Classes of Cars

The third day started by, again, visiting Wuling dealer located on Jl. HR. Muhammad. Similar to the test drive sessions in Central Java, our fellow journalists were now presented with certificates from SDCI that state their skillful driving agility and adherence to safe driving advice and direction.

Getting the entire look of the dealer, the journalists were more convinced by Wuling Motors’ effort in working in Indonesia, by Indonesians, and for Indonesia. The end of togetherness was now just around the corner as we all boarded the plane heading for the capital city from Juanda airport. Hopefully what we offer for Indonesia becomes a pleasing work for a better Indonesia. Drive for a Better Life!

5 Tricks to Save on Fuel

5 Causes of The Car Vibrating At High Speed