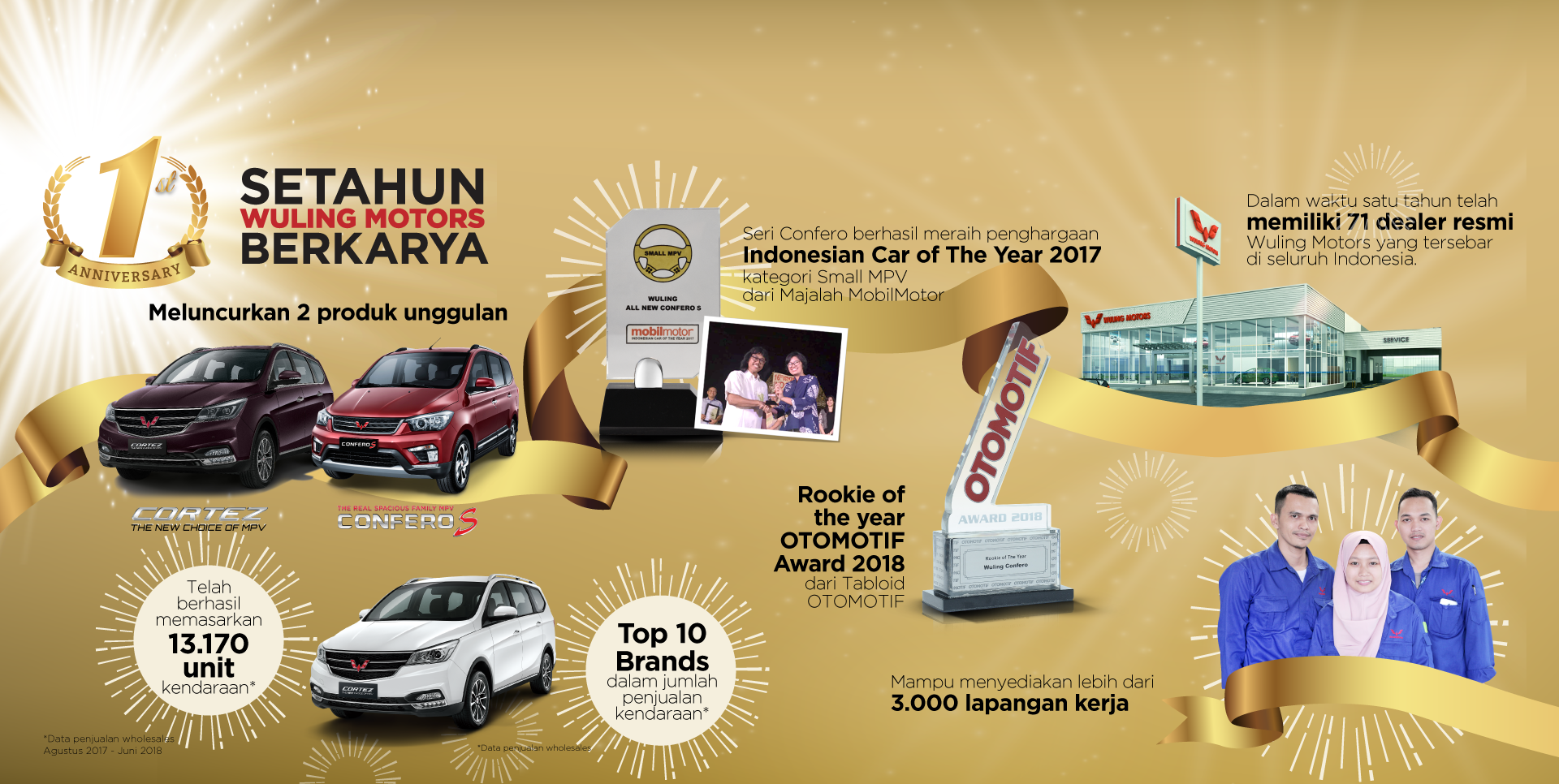 Cikarang, 11 July 2018 – Right on today, Wuling Motors (Wuling) is celebrating its first anniversary in Indonesia automotive industry. Wuling’s journey was started with groundbreaking in area of 60 hectares in Greenland International Center (GIIC), Cikarang, Jawa Barat on August 2015. Then on 11 July 2017, the facility that consisted of 30 hectares factory and 30 hectares Supplier Park was officiated by Vice President Republic of Indonesia, Jusuf Kalla. In total, Wuling’s factory that produces Confero series and Cortez could absorb more than 3,000 labours.

“Thank you, our loyal customers, that is the first thing that comes to mind for our first anniversary in Indonesia. We are appreciating your support that has accompanied us from the very start. Together, let us keep growing to improve the Indonesian automotive market.” Said President Wuling Motors, Xu Feiyun.

In one year, Wuling Motors has grew fast by recording wholesales number of 13.170 units for period of August 2017 until June 2018 that will keep increasing each month. The achievement has brought Wuling Motors as Top 10 Brands in terms of vehicle sales in Indonesia. Meanwhile, to provide the best aftersales services, Wuling already has 71 official dealerships that will be expanded until 80 outlets throughout the country in 2018.

Wuling’s product line-up also received warm welcome. The Confero series with tagline ‘The Real Spacious Family MPV has received various awards. From the Indonesian Car of The Year 2017 in Small MPV category by mobilmotor Magazine and Rookie of The Year OTOMOTIF Award 2018 by Tabloid OTOMOTIF.

“All the support, achievement, and awards that we have received are motivating us to provide the best products and services for customers. Wuling will keep growing together with Indonesians and maintain its positive performance for many years to come.” Said Xu Feiyun.

How To Use A Car Cleaner Injector

Stylish Accessories For Your Wuling Almaz