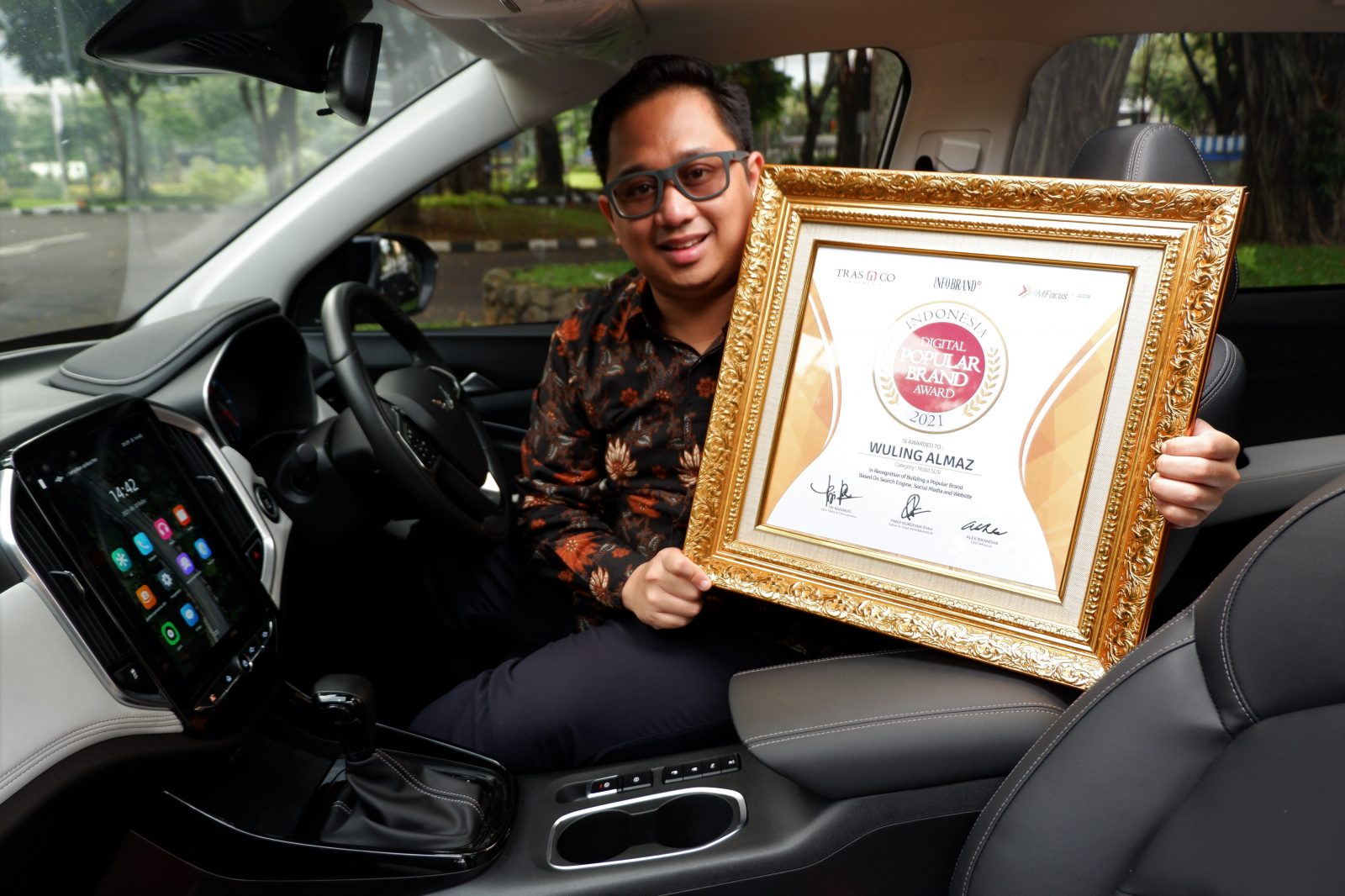 Through its SUV product, Wuling gained popularity in the country’s digital environment.

Jakarta, June 30, 2021 – Wuling Motors (Wuling) once again received another appreciation for its SUV, Almaz, from the Indonesia Digital Popular Brand Award 2021. Wuling Almaz was chosen to be one of the most popular brands by internet consumers based on a digital survey conducted by INFOBRAND.ID, TRAS N CO Indonesia, and IMFocus in the awarding ceremony held online today. 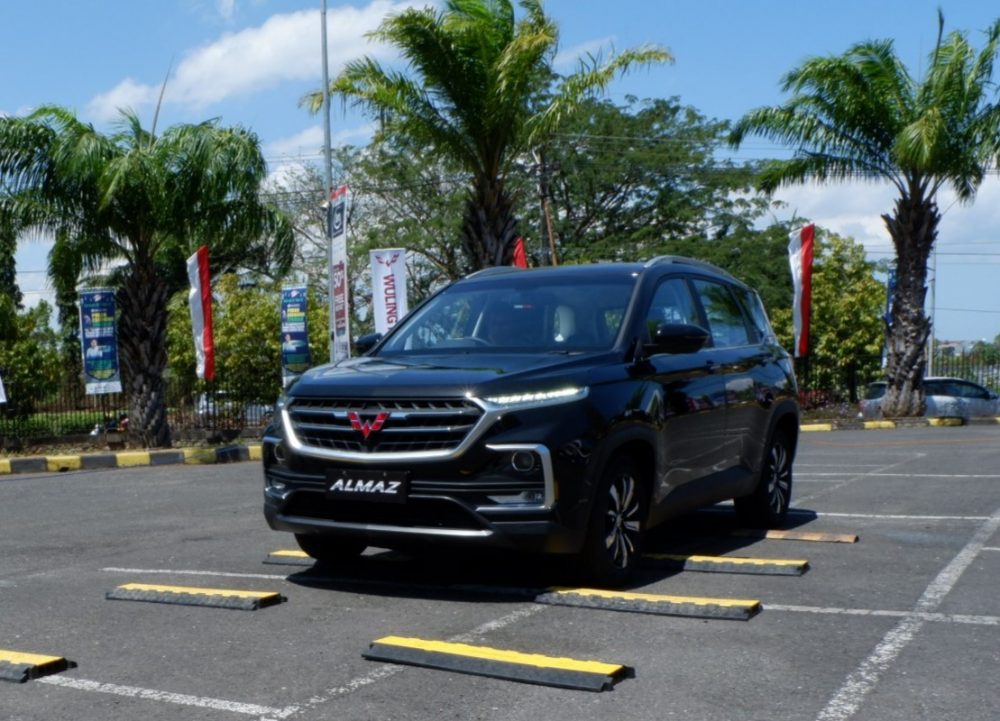 “We are grateful for the Indonesia Digital Popular Brand Award 2021 given to Almaz. We appreciate the warm welcome for our first SUV product since its first presence in 2019 until now, so that Almaz can achieve such popularity in Indonesia’s digital environment. This award will drive us to continue to present better products, services, and innovations in the future in line with our ‘Drive For A better Life’ spirit,” said Brian Gomgon as Media Relations of Wuling Motors. 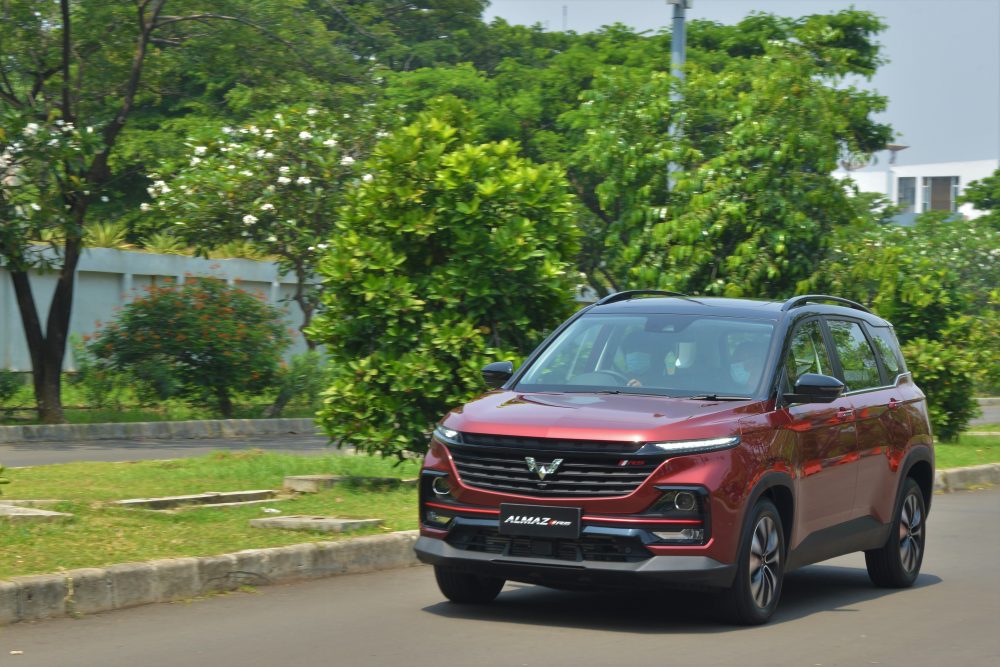 The Indonesia Digital Popular Brand Award 2021 is an award for various brand in Indonesia that have succeeded in building popularity and increasing brand activity through digital media. This award is given based on the research result from Indonesia Digital Popular Brand Index which provided a benchmark for the success of a brand’s popularity through three parameters: namely Search Engine Based using Google Indonesia; Social Media Based using phlanx.com and socialblade.com for Facebook, Instagram, and Youtube; and website based using Google Developers and hypestate.com. This survey was conducted on more than 1,000 brands from 150 products/services categories in March-May 2021.

Regarding Wuling Almaz, Wuling’s first SUV lineup with the tagline of ‘Drive Unlimited Way’ is supported by a 1,500 cc turbocharged engine that produces a maximum power of 140 HP and 250 Nm of torque combined with a selection of CVT or 6-speed manual transmission. This Smart Technology SUV is equipped with the first advanced voice command with Indonesian language called Wuling Indonesian Command (WIND) to support ease of operation on various driving features. Regarding modern features, Almaz is accommodated with panoramic sunroof, start-stop button, 360o camera, as well as complete safety and security features in its class.

Furthermore, there is Almaz RS which was launched last March. This intelligent digital car is also supported by a powerful turbo engine with a CVT transmission that makes gear-shifting smooth and responsive. The Almaz RS is equipped with the leading technology in its class, such as Internet of Vehicle (IoV) and Advanced Driver Assistance System (ADAS) which are incorporated in the Wuling Interconnected Smart Ecosystem (WISE) and WIND.

“Through Almaz and Almaz RS, we present vehicles that are not only able to meet mobility needs, but also provide convenience in driving for users. The various modern driving features in them will certainly raise the consumer’s curiosity which makes it popular in cyberspace,” added Brian Gomgom.