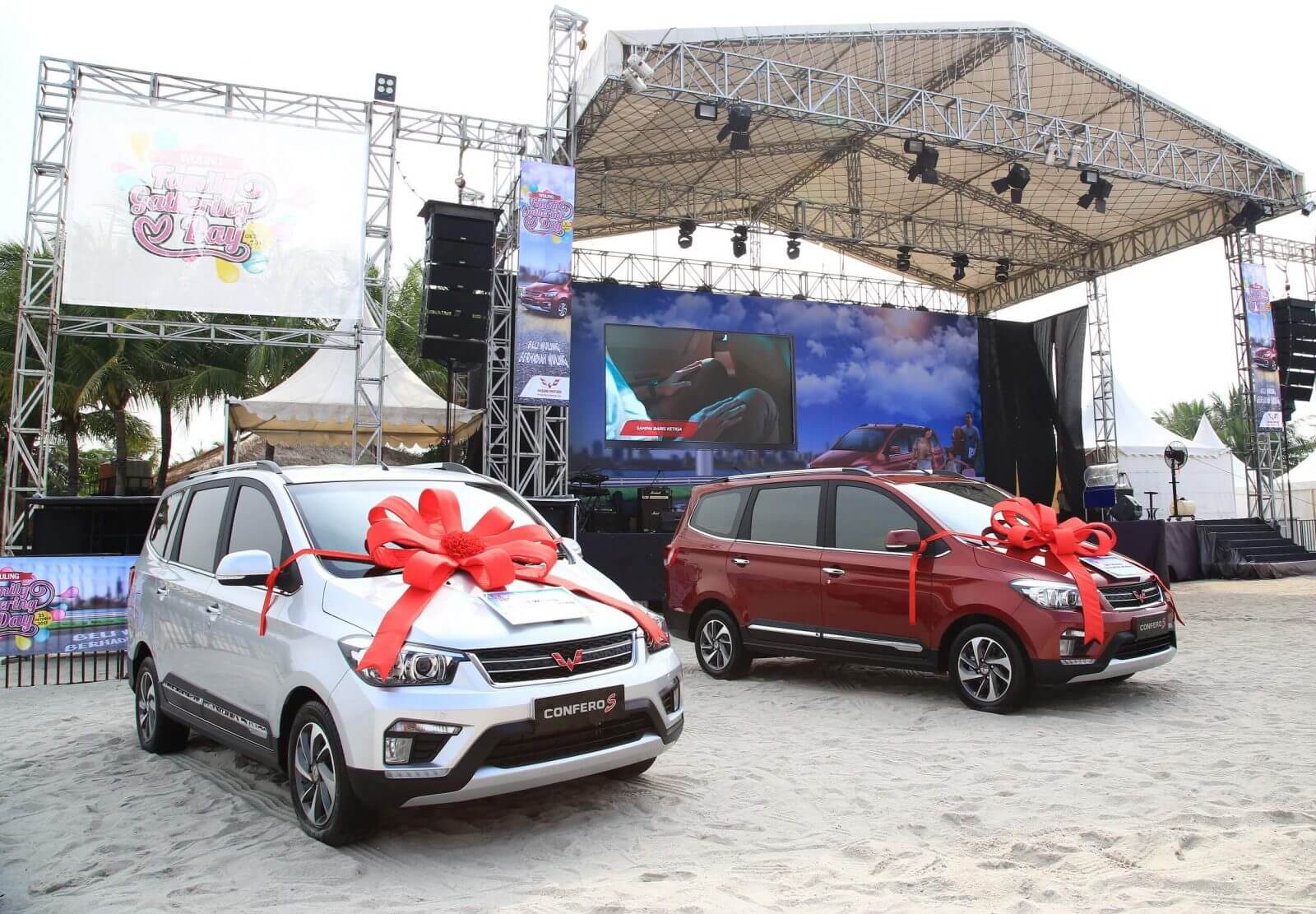 3 lucky customers from Jakarta, Bandung, and Palembang each won a Confero S unit

Jakarta, 22 Oktober 2017 – Wuling Motors (Wuling) announced the winners of the national sales pre-book program from June to July 2017 along with the Wuling Family Gathering Day event held at Ancol Beach City, Carnaval Ancol Beach on Saturday, 21 October 2017. The draw was held in front of hundreds of families that purchased the Confero series and competing for grand prize of 3 unit Confero S.

“This program is a token of appreciation for the customers’ trust who have chosen our first MPV even though it is not officially introduced to the public. Therefore, in the middle of the event with Wuling families, we announce the winners of the national sales pre book campaign that conducted in mid-year of 2017,” explained Dian Asmahani, Brand Manager of Wuling Motors.

To make it official, the drawing for the winner of Confero S was witnessed directly by management of Wuling Motors, social services, local police and notary.

The three winners that won Grand Prize of Confero S each are,

In addition to announcing the winner of the pre-book program, Wuling also made another prize draw for 50 units of smartphones as a form of customer appreciation in this gathering. The winners are :

“Congratulations to the winners and thanks again to consumers throughout the country who have chosen the Confero series. We will continue our commitment to provide the best services and products that meet customers’ needs, in accordance with the spirit of Drive For A Better Life,” added Dian Asmahani.

For more information about the winners and Wuling Motors, please visit www.wuling.id or follow the Wuling Motors social media account.

Make The Right Calculation of Buying A Car