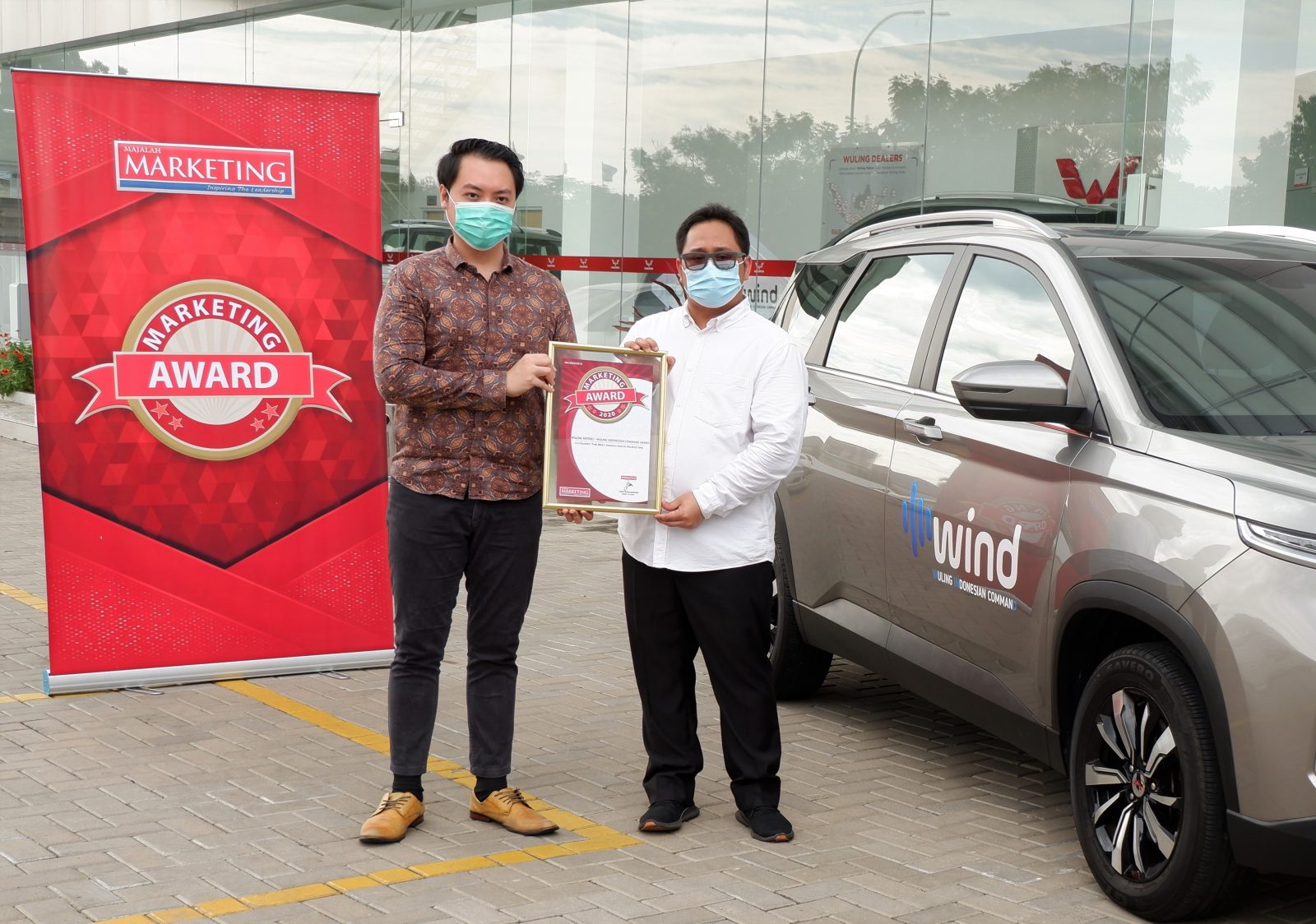 Cikarang, 25 November 2020 – Wuling Motors (Wuling) was awarded in ‘Marketing Award 2020’ for ‘The Best Innovation in Marketing’ category through the Wuling Indonesian Command (WIND) which embedded in the Smart Technology SUV, Almaz. The award is given based on the observation and evaluation process by the editorial board of Marketing Magazine.

“Since its launch in 2019, the advanced voice command, Wuling Indonesian Command, has been warmly welcomed by the public. Of course, we are very grateful for the appreciation given through this award. By Drive For A Better Life spirit, we continue to innovate through technology, vehicles line up, and services to create a better life for Indonesian people,” explained Brian Gomgom as Media Relations of Wuling Motors. 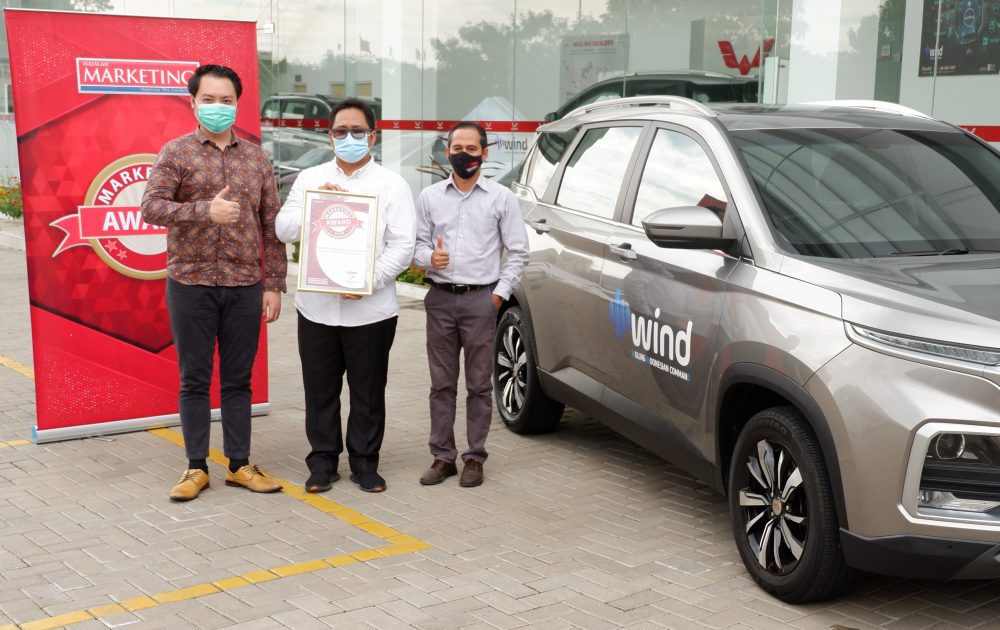 Marketing Award is an appreciation awarded to companies that have successfully implemented the best marketing strategies in Indonesia. This annual award event was initiated by one of the leading mass media that focuses on marketing in Indonesia, Marketing Magazine, which this year marks their 15th year of the awarding. The Best Innovation in Marketing is a category in the Marketing Award 2020 given to the company with the most innovative marketing strategy that is attractive and high quality for their customers.

WIND itself is an innovative Indonesian language voice command that allows users to operate various vehicle features, from air conditioners, windows, panoramic sunroof, access to entertainment features such as music or radio, make phone calls, run applications such as Wuling Link or TPMS, to time and date information. To use this innovation, users only need to say ‘Halo Wuling’ followed by a command or could immediately state the command to do simple settings. 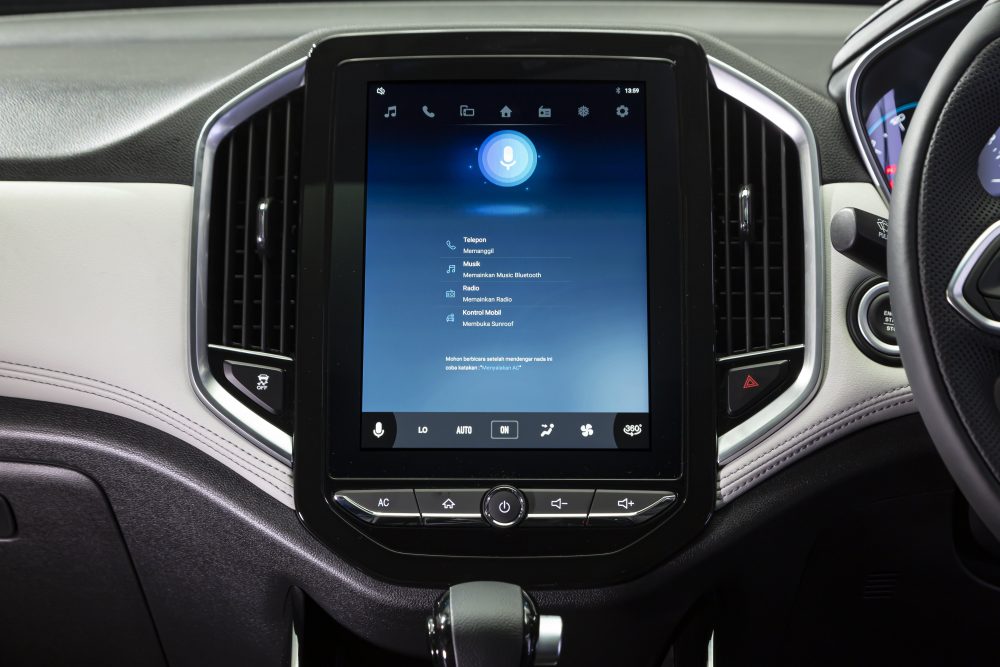 “WIND provides flexibility for its users to turn on, turn off, or operate various vehicle features with Bahasa Indonesia voice commands, making it more practical and flexible for users. In addition, WIND could help users reduce the touch they usually do when driving to provide more comfortable and safer experience,” added Brian Gomgom.

The Wuling Indonesian Command or WIND, was officially introduced to the Almaz product line, Smart Technology SUV to the Indonesian people on 18 July 2019, at GAIKINDO Indonesia International Auto Show (GIIAS) 2019. The presence of this advanced feature also contributes to the establishment of a smart ecosystem in the era of modern mobility, which becomes Wuling’s first step towards realizing smart, integrated, and connected vehicles.

Wuling Almaz is equipped with a 1,500c petrol engine with powerful turbo support, producing a maximum power of 140 HP and 250 Nm of torque, and is supported by an 8-speed simulated CVT transmission and a 6-speed manual transmission option. This medium SUV is marketed in four variants with price starting from IDR 266,800,000 (OTR Jakarta) and is available in 6 color choices, namely pristine white, dazzling silver, aurora silver, starry black, burgundy red and carnelian red.

How To Check Car Tax, Online or Offline