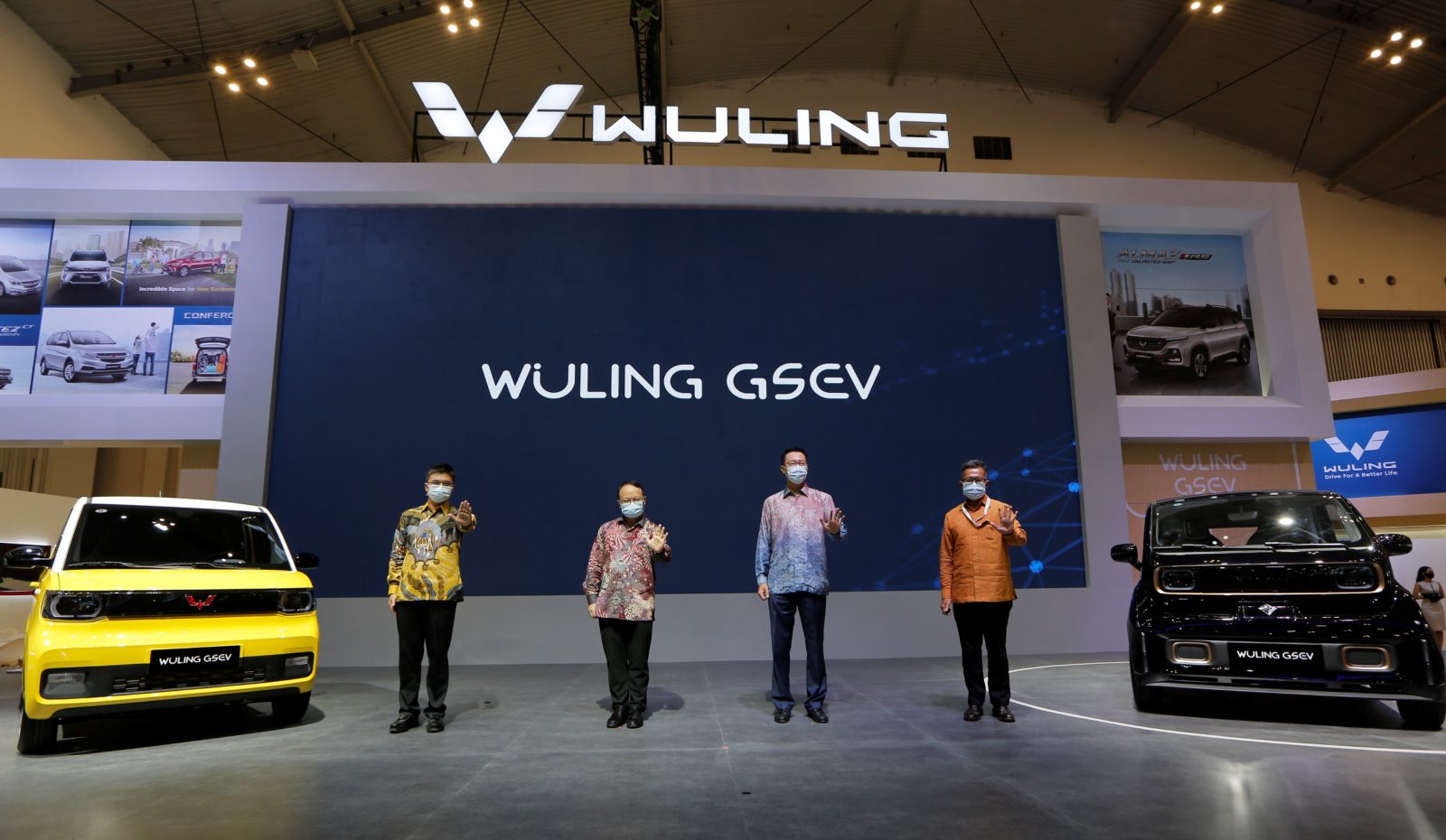 Tangerang Selatan, 11 November 2021 – Wuling Motors (Wuling) has taken another step of commitment in the Indonesian automotive industry by participating in the GAIKINDO Indonesia International Auto Show (GIIAS) 2021 at the Indonesia Convention and Exhibition (ICE) BSD on 11-21 November 2021. With the theme ‘Innovation with Indonesia’, Wuling presents in an area of 1,200m2 booth 3E, Hall 3, ICE BSD and showcases innovations ranging from the Wuling Indonesian Command (WIND), Wuling Interconnected Smart Ecosystem (WISE), to Over-The-Air update technology, and its complete product line-up. At this year’s event, Wuling specially displays and introduces its electric vehicle platform, the Global Small Electric Vehicle (GSEV) to the Indonesian people. 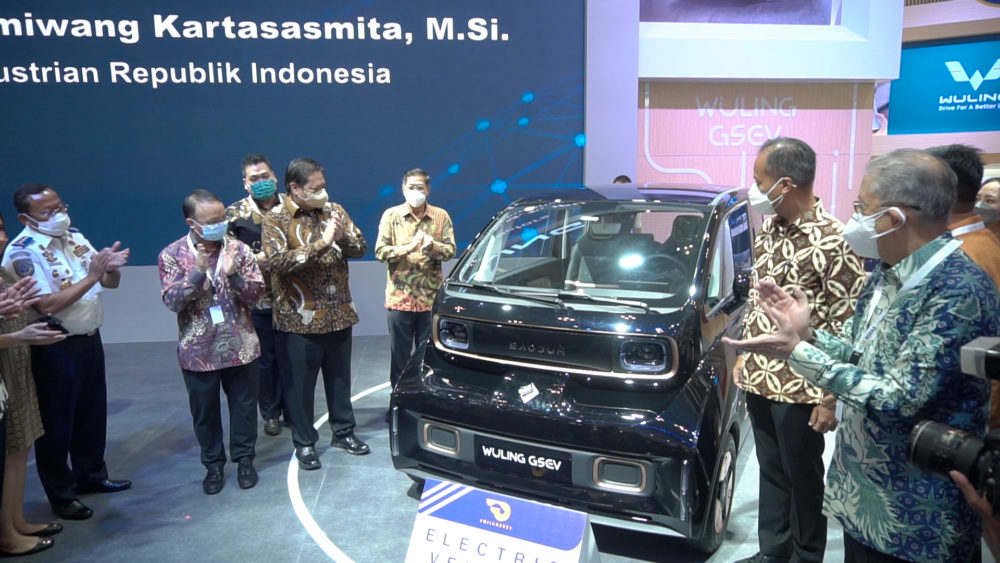 The debut of the GSEV platform was marked by the unveiling session during the visit of the Coordinating Minister for Economic Affairs, Dr. Ir. Airlangga Hartarto, M.B.A, M.M.T, IPU, along with the Minister of Industry, Dr. Agus Gumiwang Kartasasmita, M.Si during a government visit at the Wuling booth which was held after the GIIAS 2021 opening ceremony. 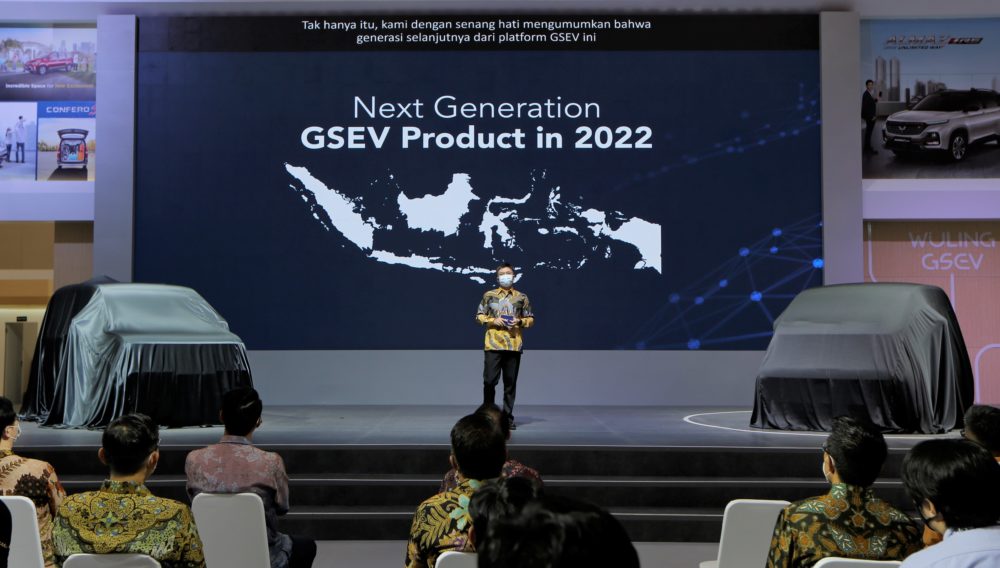 “The introduction of the GSEV from Wuling at GIIAS 2021 is a concrete step in our commitment to support the Indonesian government’s program in terms of accelerating vehicle electrification. This initiative is a form of Wuling’s seriousness as a player in the automotive industry and takes a role by participating in bringing electric vehicles for Indonesian consumers in the near future.” Han Dehong, Vice President of Wuling Motors explained. 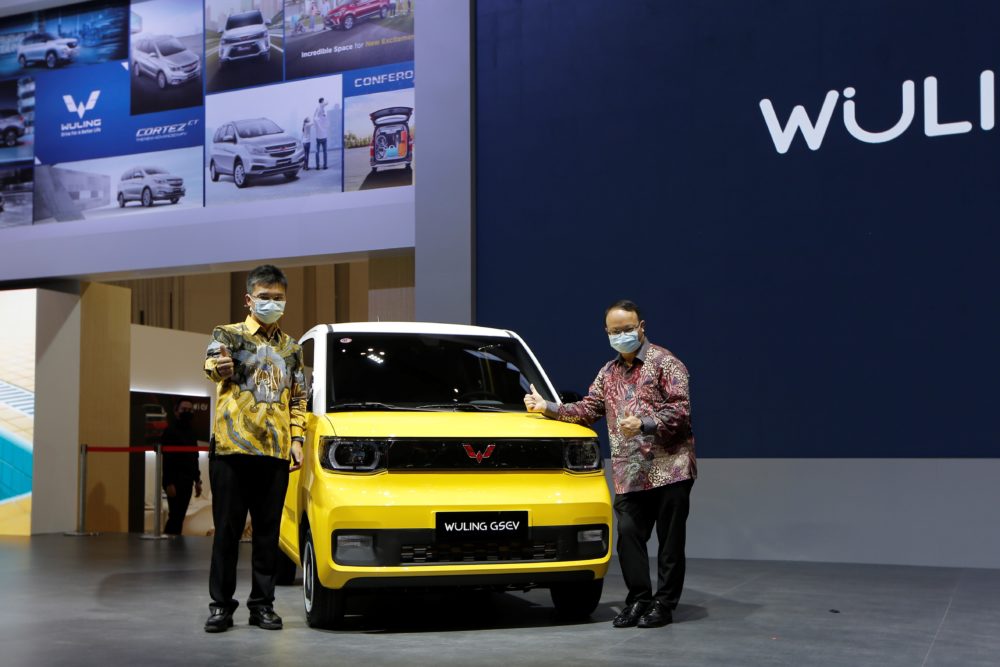 Wuling electric car itself is the innovation to answer consumers’ need for new mobility choices with advanced technology and environment-friendly energy which development began in 2014 in its home country, China. Moving from that point, Wuling launched its electric car platform, GSEV along with its ecosystem, which till now has been sold to customers in China. This EV platform can be adapted to various needs of its users, has a small size but spacious, with the support of various safety features and aspects, as well as modern technology. Currently, Wuling has several GSEV-based products that have sold more than 650,000 units in China, even named The Champion of China’s New Energy Sales for 14 consecutive months. The excellent response to GSEV products shows that they are now not only modern mobility, but also a means of self-expression. 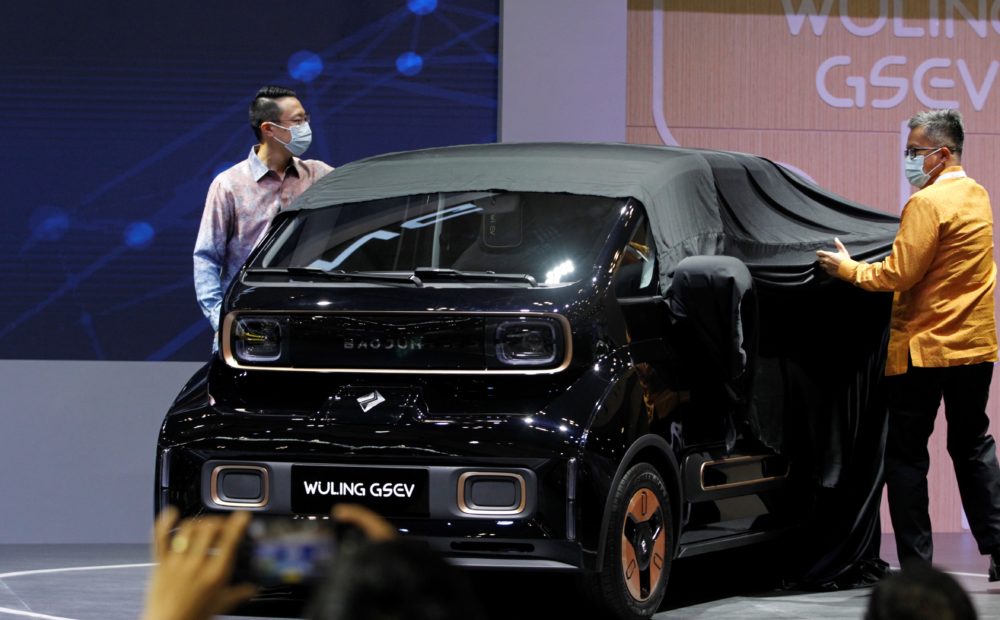 “The success of Wuling GSEV platform in its home country and the demands from the global market have motivated Wuling to bring its electric product and participate in the development of the EV ecosystem in Indonesia. This is based on the spirit of ‘Drive For A Better Life’, where Wuling is one of the global automotive manufacturers in Indonesia, which plays important role in the environment-friendly vehicle industry,” Han Dehong added.

Wuling’s preparations for the era of vehicle electrification in Indonesia have started since 2018 by bringing the first EV product at various automotive exhibitions. At GIIAS 2021, Wuling shows its readiness for the EV ecosystem in Indonesia by also exhibiting two products based on the GSEV platform.

“We are currently in the final stages of preparation to enter the era of electric vehicles in Indonesia. In the near future, we will launch the next generation GSEV product to Indonesian market. The electric car will not only be sold in Indonesia but also produced in Indonesia.” Han Dehong closed.

Wuling Motors was officially established in Indonesia in July 2017. The company’s long-term commitment is shown through the inauguration of a 60-hectare factory and Supplier Park in Cikarang, West Java. The first product from Wuling Motors, the Confero series which was launched in August 2017, has been awarded the ICOTY 2017 in the small MPV category, ICOTY 2018 in the Best Value for Money category by Mobil Motor Magazine, and the Rookie Of The Year version of the OTOMOTIF AWARD 2018. Then, Cortez who debuted in February 2018 won the title of Best Medium MPV at ICOTY 2018 by Mobil Motor Magazine, and Best Total Cost Ownership Medium MPV at the 2019 and 2021 Gridoto Award. Cortez CT also won the title of Best Medium MPV at the 2019 and 2020 Gridoto Awards as well as the Best of Medium MPV Gasoline AUTOMOTIVE version AWARD 2019 and 2020. Wuling Motors also presented its first Light Commercial Vehicle (LCV) product through Formo which was introduced in November 2018. Wuling’s fourth product, Smart Technology SUV, Almaz, was launched in February 2019 and has won various awards. Starting from the 2019 Innovation Appreciation in the Technology category by Koran Sindo and Sindonews.com, Carvaganza Editors’ Choice Award 2019, FORWOT Car Of The Year 2019, Car of The Year and Best Medium SUV version of the Gridoto Award 2019, the first title in Indonesia from TRAS N CO Indonesia and INFOBRAND.ID, awards in the ‘The Best Innovation in Marketing’ category from the 2020 Marketing Awards, and Indonesia Digital Popular Brand 2021 from INFOBRAND.ID. The Wuling Almaz RS which carries the concept of an intelligent digital car has also received the title Car Of The Year 2021 and Best of High SUV Gasoline from Tabloid Otomotif, TOP Innovation Choice Award 2021 from TRAS N CO Indonesia and INFOBRAND.ID and Best Innovation Award from Carvaganza Editors’ Choice Award 2021. Wuling Motors is committed to continuing to provide products and services that meet the needs of the Indonesian people.