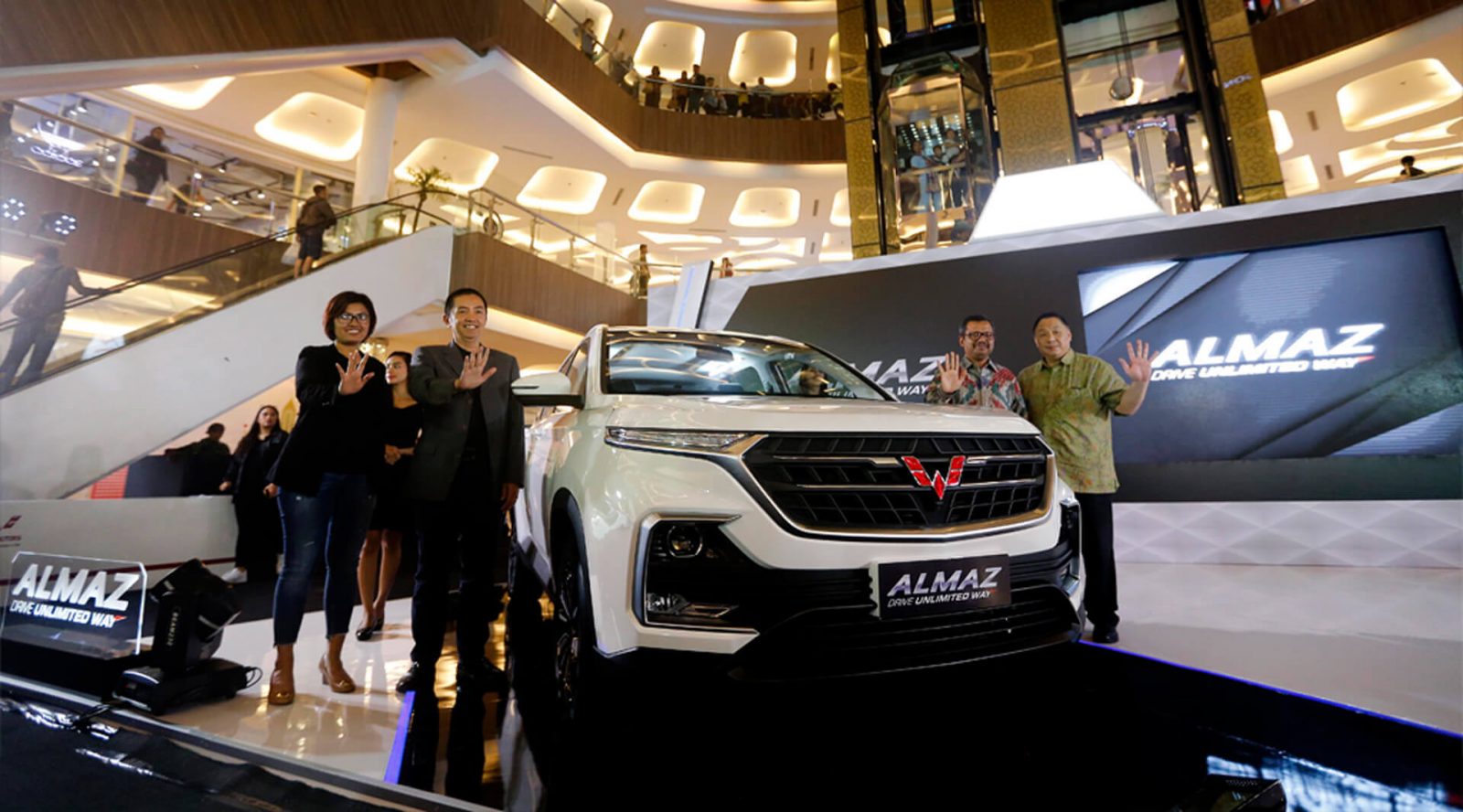 Bandung, March 1st 2019 – After the city of Medan, it is now the turn of Wuling Motors (Wuling) to officially introduce its first SUV, Almaz, in Bandung. Collaborating with PT Arista Jaya Lestari, Wuling launched the Smart Technology SUV at Trans Studio Mall Bandung. The product with the tagline ‘Drive Unlimited Way’ was introduced in 6 color choices namely Pristine White, Dazzling Silver, Aurora Silver, Starry Black, Burgundy Red, and Red Carnelian with prices on the road Rp 324.800.000 for the Bandung and surrounding areas. “West Java Province, especially Bandung, is one of the regions with an expanding automotive market in Indonesia. Therefore, we bring Wuling Almaz to be introduced to consumers in West Java as a new beginning for the SUV market in this country. Supported by the spirit of ‘Drive For A Better Life’, we continue to innovate to bring modern technology in this product that we hope can provide a ‘Drive Unlimited Way’ driving experience,” explained Yedi Yunadi Sondy, Sales Director of Wuling Motors.

Regarding the appearance, the exterior of the first Wuling SUV is supported by stunning exterior design that applies LED future eyes, dynamic parallel design, and floating roof that gives rise to a dashing and sporty impression. Almaz has a modern spacious room with soft touch panels, leather wrapped steering wheel and semi-leather seats.

Like previous Wuling products, Almaz is also supported by excellent after-sales service, namely a 3-year or 100,000-kilometer general warranty, a 5-year or 100,000 kilometers warranty on the main engine and transmission, free of charge up to 50,000 kilometers or 4 year. Of course, with the terms and conditions that apply.

In addition to displaying Almaz, customers can also join the test drive activity during the exhibition which has been held until March 3, 2019 at Trans Studio Mall Bandung. For information, Wuling now has two network dealers in Bandung, namely Wuling Arista Bandung Soekarno Hatta and Wuling Arista Suci Bandung.