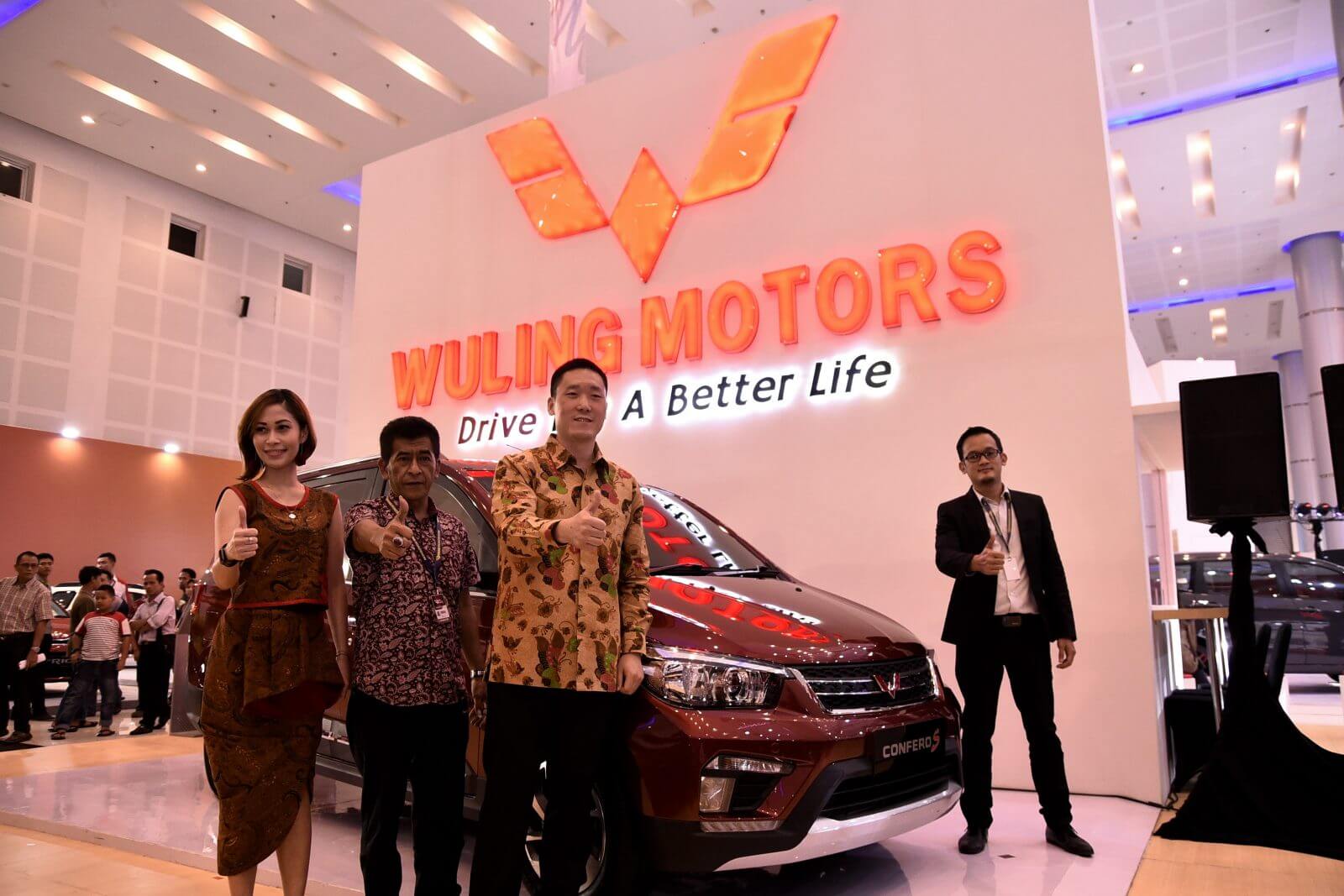 Three Wuling MPV units are exhibited at Wuling’s 180 square meter booth at GIIAS Surabaya Auto Show 2017. One of the units shown is Confero S Cutting Unit. With this special unit, visitors can see the interior and spaciousness of the Confero cabin. If visitors want to feel the convenience of Confero S, visitors can also have test drive session at Wuling booth.

Confero and Confero S series have seven variants with design and features that can be selected according to customer needs. Confero and Confero S comes with five choices of color, sand brown, pristine white, carnelian red, starry black, and dazzling silver. Spacious cabin, comfortable headroom and leg room are some of Confero’s features. While the sporty Confero S has all Confero type features plus some other special features such as Day Running Light (DRL), projector lamp, two-tone wheels, and side body molding. With a 1,500 cc 4-cylinder engine, Confero and Confero S give powerful engine performance, but also fuel efficiency.

Customers will also be pampered with after-sales service and product warranty from Wuling. General warranty for 3 years or 100,000 kilometers, 5-year warranty for main engine components and transmission, and 1-year spare parts warranty can be enjoyed by Wuling customers according to the applicable terms and conditions.

PT Wahana Auto Berlian (Wahana), PT Putra Perdana Indoniaga (Perdana), and PT Arista Jaya Lestari (Arista) are the three partners of Wuling dealers in Surabaya who will provide the best sales service to the consumers. As The Real Spacious Family MPV, Wuling confident Confero can be the most convenient choice for Indonesian family in Surabaya.

4 Advantages of Having a Car with Captain Seats