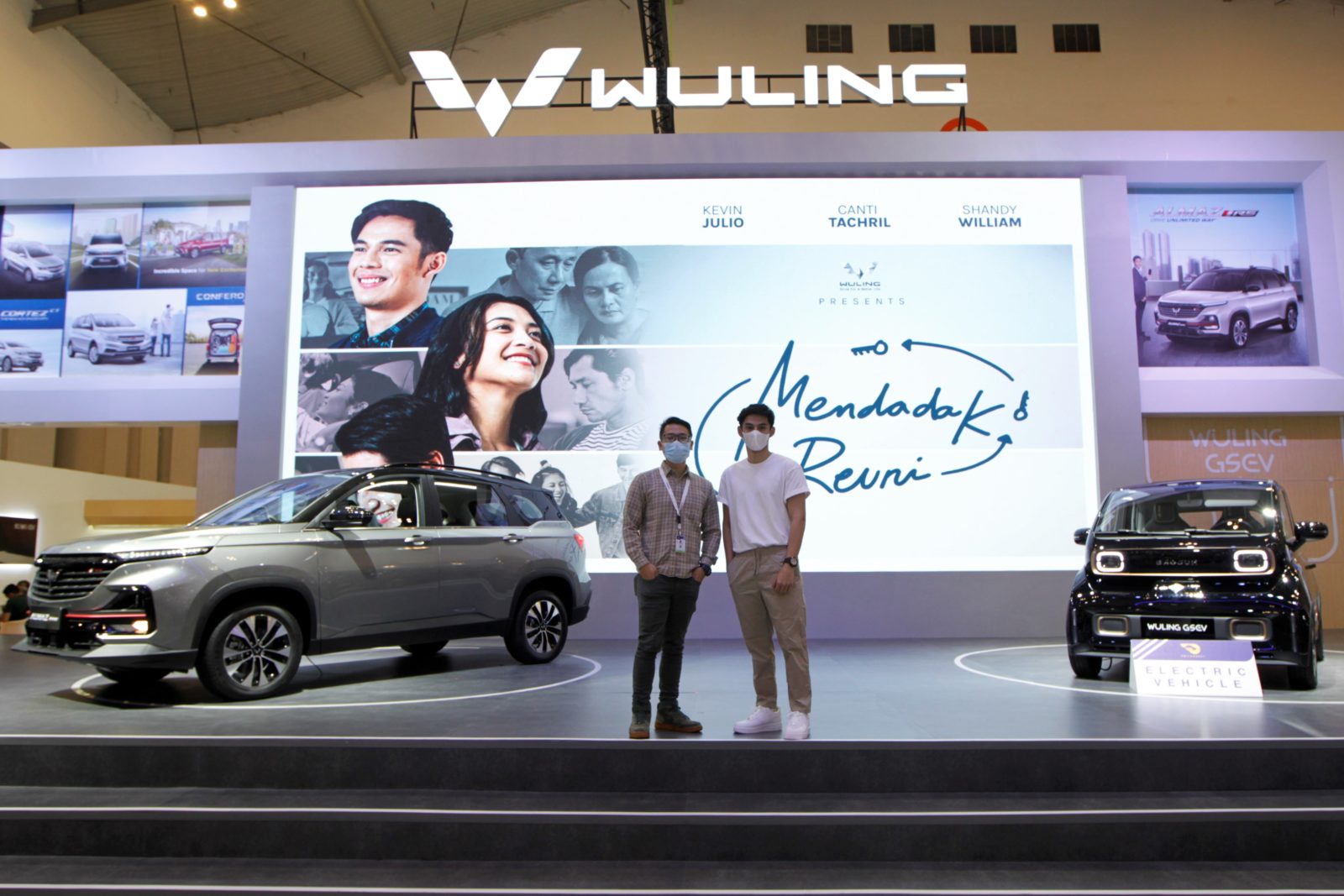 South Tangerang, November 13th 2021 – In order to enliven the 2021 Gaikindo Indonesia International Auto Show (GIIAS) which will be held until November 21, 2021 at the Indonesia Convention Exhibition (ICE) BSD City, Wuling Motors (Wuling) presents its newest web series, entitled ‘Mendadak Reuni’. Aired for the first time on the Wuling Motors ID Youtube channel on November 2, 2021, this web series invite audiences to feel the euphoria of being reconnected with old friends, especially during this pandemic. 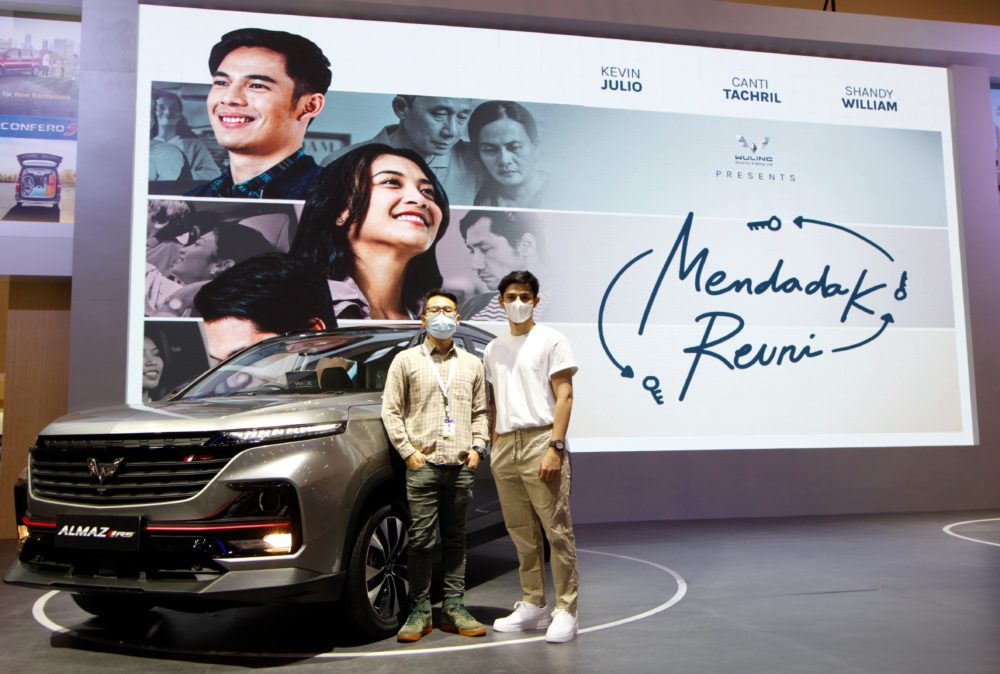 “By bringing the theme of the month #MendadakReuni, Wuling wants to restore the spirit for adventure that was lost due to the pandemic, one of which is by a reunion. Through the web series ‘Mendadak Reuni’, Wuling also wants to invite the public to celebrate the euphoria of reuniting with relatives, friends, and colleagues anywhere, including at the GIIAS 2021 event which is now being held again,” explained Yusuf Anshori, Digital & Advertising Communication Manager Wuling Motors. 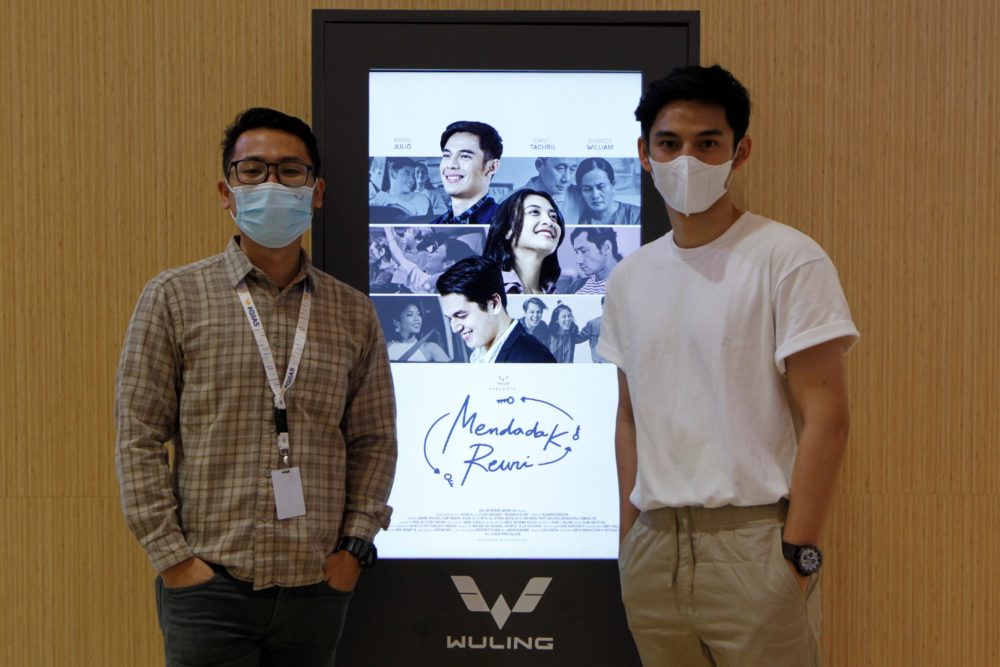 Wuling presents a web series ‘Mendadak Reuni’ with a friendship theme and comedy drama genre. This web series tells about the lives of three friends, played by Shandy William as Raka, Canti Tachril as Dina, and Kevin Julio as Ben who have been separated for 7 years. The three of them have a time capsule box containing their respective hopes. They also exchanged keys and promised to meet again and open the box when they met seven years later.

Consisting of 4 episodes with a short duration, each episode tells the story of the lives and struggles of each individual until they finally meet again after being separated for so many years in an unexpected meeting. There is also a supporting character, namely Revaldo as Seno who will add some excitement of this friendship journey story.

Wuling also provides exciting activities for the audience of Mendadak Reuni, such as the opportunity to win free tickets to go with friends to GIIAS 2021 by visiting wuling.id/id/mendadak-reuni/ link and answering quiz related to the web series Mendadak Reuni. After that, participants must fill in their personal data and the personal data of their friends who will be invited to GIIAS 2021 (for maximum 4 people). Participants with the correct answers will be announced on Wuling’s social media accounts to get free GIIAS 2021 tickets.

Furthermore, there is also a Nge-Reels di GIIAS program to add some excitement of Wuling at GIIAS 2021. Visitors are required to create creative and unique Instagram Reels/TikTok Instagram about Wuling at GIIAS 2021, then tag @wulingmotorsid and @wulingev.id, using the hashtag #ngeReelsdiGIIAS and #MendadakReunidiGIIAS. There are 3 units of iPhone 12 and 5 shopping vouchers worth five hundred thousand which are given to each winner with the most interesting content. Terms and conditions apply.

“Mendadak Reuni web series would be a warm movie that can inspire a group of friends who miss the old memories. Watch the Mendadak Reuni and get the chance to visit GIIAS 2021 for free,” added Yusuf Anshori.

Wuling Motors was officially established in Indonesia in July 2017. The company’s long-term commitment is shown through the inauguration of a 60-hectare factory and Supplier Park in Cikarang, West Java. The first product from Wuling Motors, the Confero series which was launched in August 2017, has been awarded the ICOTY 2017 in the small MPV category, ICOTY 2018 in the Best Value for Money category by Mobil Motor Magazine, and the Rookie Of The Year version of the OTOMOTIF AWARD 2018. Then, Cortez who debuted in February 2018 won the title of Best Medium MPV at ICOTY 2018 by Mobil Motor Magazine, and Best Total Cost Ownership Medium MPV at the 2019 Gridoto Award. Cortez CT also won the title of Best Medium MPV at the 2019 and 2020 Gridoto Awards as well as the Best of Medium MPV Gasoline AUTOMOTIVE version AWARD 2019 and 2020. Wuling Motors also presented its first Light Commercial Vehicle (LCV) product through Formo which was introduced in November 2018. Wuling’s fourth product, Smart Technology SUV, Almaz, was launched in February 2019 and has won various awards. Starting from the 2019 Innovation Appreciation in the Technology category by Koran Sindo and Sindonews.com, Carvaganza Editors’ Choice Award 2019, FORWOT Car Of The Year 2019, Car of The Year and Best Medium SUV version of the Gridoto Award 2019, the first title in Indonesia from TRAS N CO Indonesia and INFOBRAND.ID, awards in the ‘The Best Innovation in Marketing’ category from the 2020 Marketing Awards, and Indonesia Digital Popular Brand 2021 from INFOBRAND.ID. The Wuling Almaz RS which carries the concept of an intelligent digital car has also received the title Car Of The Year 2021 and Best of High SUV Gasoline from Tabloid Otomotif, TOP Innovation Choice Award 2021 from TRAS N CO Indonesia and INFOBRAND.ID and Best Innovation Award from Carvaganza Editors’ Choice Award 2021. Wuling Motors is committed to continuing to provide products and services that meet the needs of the Indonesian people.