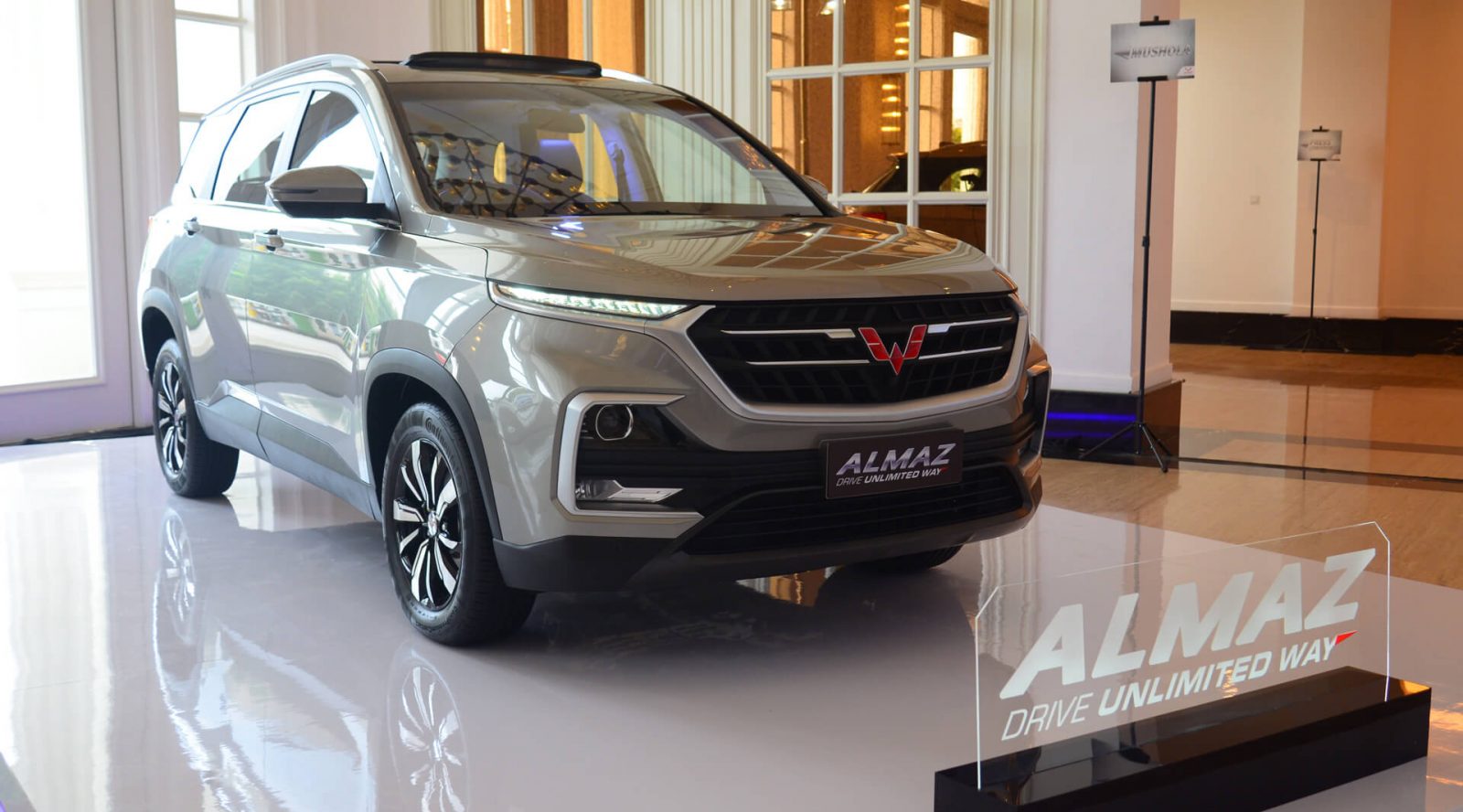 The SUV that carries the Smart Technology concept is marketed at a price of Rp318.800.000

Jakarta, February 27th, 2019–Today, Wuling Motors (Wuling) officially launched its first SUV product, Almaz, at Opus Grand Ballroom TheTribrata, Jakarta. Almaz who is defined as ‘diamond’ in Arabic is the 4th product of Wuling in less than 2 years of working in the country. The car with the tagline ‘Drive Unlimited Way’ carries the first Smart Technology concept in the SUV category and has advantages such as Smart Multimedia, modern technology, advanced features, and stylish design. Almaz shows up with prices on the road Rp318.800.000 for the Jakarta region. 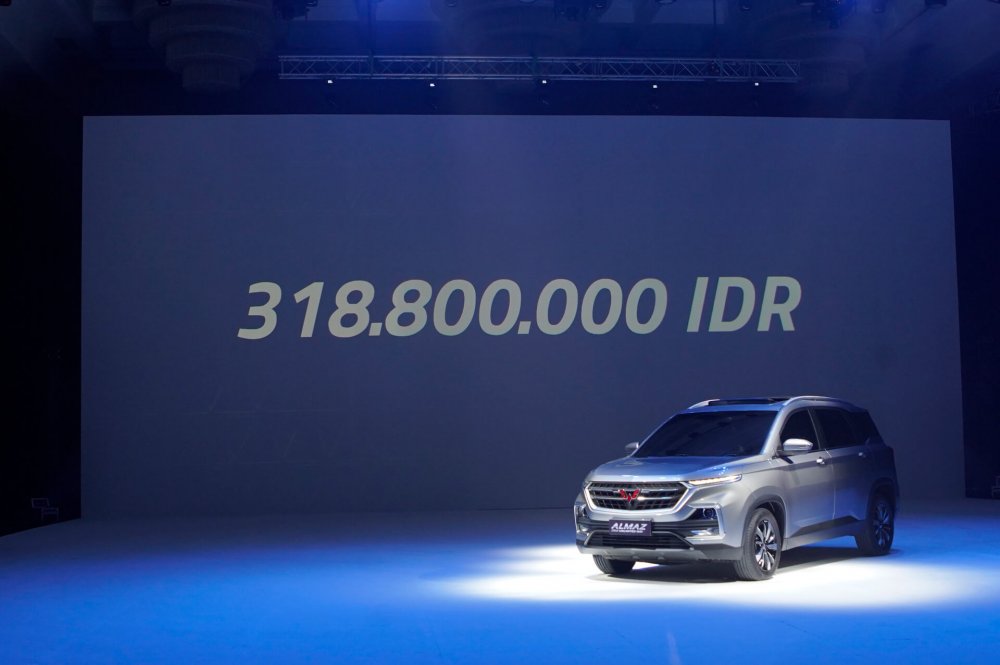 “Almaz is the embodiment of Smart Multimedia integration and modern technology which is a new beginning for the SUV market in Indonesia. In line with the spirit of ‘Drive For A Better Life’, we continue to innovate in responding to people’s needs with the presence of smart technology in every aspect of life including passenger cars. We hope that this product can bring unlimited driving experience and fulfill the free spirit of the users,” said Cindy Cai, Vice President of Wuling Motors. 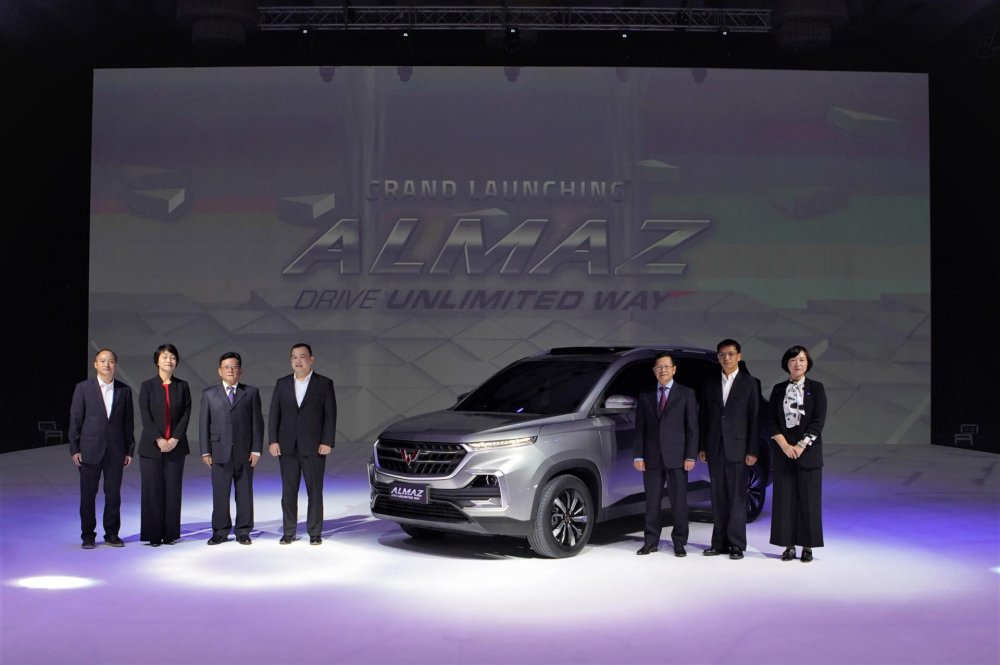 One of the flagship features of this SUV is the Smart Multimedia 10.4″ the first and largest touchscreen in its class equipped with Wuling Link, vehicle and air conditioning arrangements, the appearance of the Tire Pressure Monitoring System (TPMS) and various entertainment facilities. Not only that, Almaz is also accommodated by the audio system in collaboration with Infinity by Harman which presents classy audio quality in the cabin.

Regarding its mechanical specifications, Almaz is reinforced with a 4-cylinder gasoline engine in line with a 1.500cc turbocharged capacity output by Honeywell which is 140 HP with 250 Nm of torque which is the highest torque in its class. The performance is distributed to the front wheels through the CVT from Bosch which results in a smooth and responsive transmission with an 8-speed manual option. In addition, there are also two driving modes namely Eco (E) and Sport (S).

Regarding the appearance, Almaz is supported by stunning exterior design with Future Eyes LED which gives rise to a dashing and sporty impression. Overall, this SUV applies dynamic parallel design and a nuance of floating rood on the side. Regarding the interior, Almaz has a modern spacious space with soft touch panels, leather steering wheel covers and semi-leather seats. Almaz color choices consist of Pristine White, Dazzling Silver, Aurora Silver, Starry Black, Burgundy Red, and Carnelian Red.

Wuling Almaz is also supported by after-sales services ranging from general warranty for 3-year vehicles or 100,000 kilometers, warranty on the main engine components and transmission for 5 years or 100,000 kilometers, free of charge periodic service fees up to 50,000 kilometers or 4 years, of course with terms and conditions. In addition, Wuling also has Wuling Mobile Service (WMS) services, to Wuling Customer Assistance which can be contacted via 0800-100-5050.