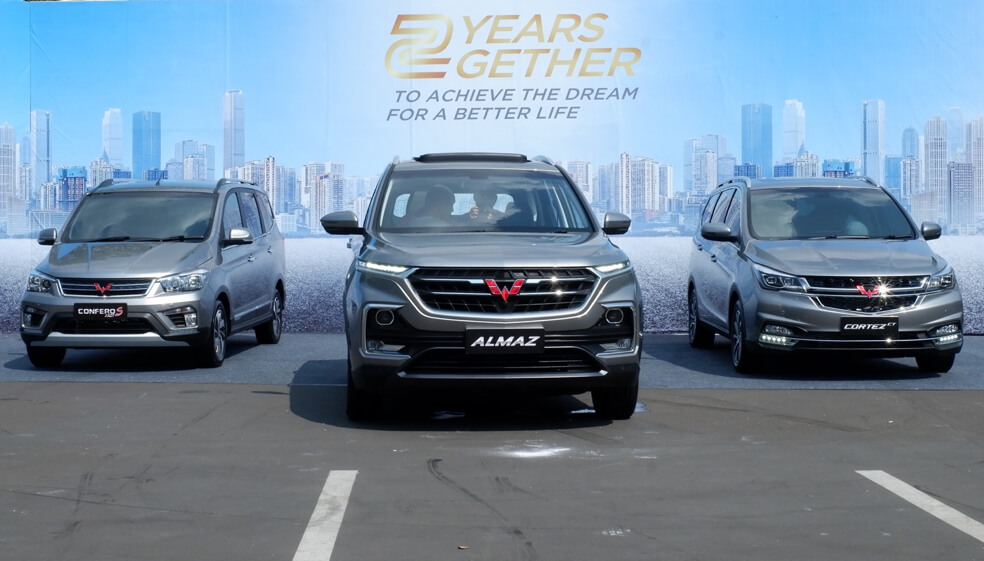 Jakarta, 11 July 2019 – Today marks the second year of Wuling Motors (Wuling) journey in the Indonesia automotive industry. Wuling’s journey began since the inauguration of a 60-hectare factory facility in Cikarang, West Java, on July 11, 2017. In a short time, Wuling has presented a wide selection of flagship products ranging from the Confero series, Cortez, Formo, to Almaz series on the Indonesian market. In addition, Wuling’s national sales and after-sales service network has reached 100 outlets. 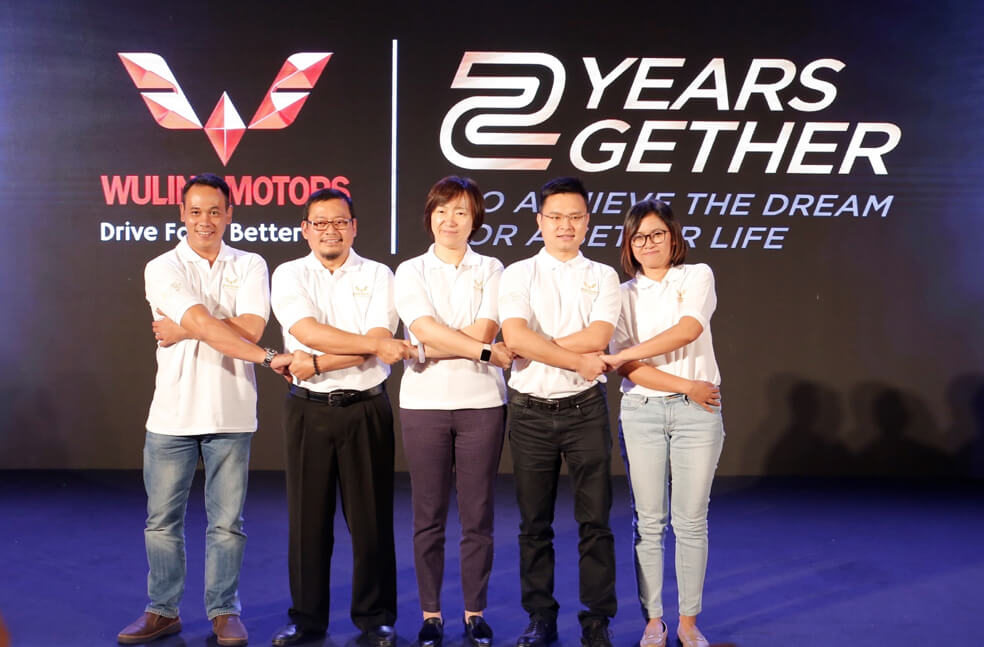 “We are very grateful and appreciate every loyal customer and partners of Wuling Motors who has been together with us for two years. This 2nd anniversary momentum also marks a new stage in Wuling’s journey to grow and innovate in Indonesia.” Vice President Wuling Motors, Cindy Cai explained.

In its two years of existence, Wuling has provided a variety of products to answer various consumer needs for four-wheeled vehicles. Confero Series The Real Spacious Family MPV started the line of Wuling products in Indonesia which enter the MPV segment. Then, in February 2018, Cortez series The New Choice of MPV came as a new choice in the MPV medium segment. Wuling subsequently launched its first light commercial vehicle, Formo Makes Business More Comfortable in November 2018. Next, in February 2019, Wuling brought Smart Technology SUV, Almaz Drive Unlimited Way equipped with a variety of advanced features and technology to the people of the country. Finally, the latest variants of Cortez CT The New Advanced MPV and ACT Confero S was introduced in April 2019.

Until now, Wuling’s products have received a positive response from the people of Indonesia and have had more than 29,000 consumers, and placed Wuling in the Top 10 Best Selling automotive brands in Indonesia. Wuling has also received various awards that illustrate the good acceptance of consumers, business partners and media partners. Confero series has won the Best Small MPV ICOTY 2017 and Best Value for Money ICOTY 2018 by Mobilmotor Magazine, and the Rookie of the Year in the OTOMOTIF Award 2018. Meanwhile Cortez series won the Best MPV Medium in ICOTY 2018 by Magazine Mobilmotor and the Best of Medium MPV Gasoline in AUTOMOTIVE Award 2019.

“Every achievement and appreciation towards Wuling further encourage us to continue to innovate and provide the best through our products and services. This time we make this happen with WIND, the newest voice command technology from Wuling that will provide a Drive For A Better Life experience for Indonesian families” Cindy Cai added.

Progressive Car Tax and How to Calculate It

Car Condenser Function and How To Prevent It from Damage