Less than a year since the launch of Confero S and the grand opening of the Cikarang factory, we at Wuling Motors were confident in releasing our second product, Cortez. As a new choice in the medium MPV segment, we want our consumers to know more about the performance and the classy features we offer. With an engine capacity of 1,800 cc and a new choice of transmission, the Intelligent Automated Mechanical Transmission (i-AMT), we believe Cortez is able to provide a more powerful driving experience for Indonesian consumers.

On February 28, 2018, we invited a number of fellow journalists to try out the performance of Cortez, the New Choice of MPV, not only in the levelled off landscape but also across a variety of turns and ascending grounds to reach the highlands of Central Java. Starting from the initial point in Semarang and ending in Magelang, the trip was not only satiated by technical things related to driving, but also some cultural activities and exploration on the beautiful nature of Indonesia.

#CortezGoestoCentralJava utilizing the theme Discover the New Choice Sensation with Wuling Cortez was a truly memorable experience. After paying a visit to the Semarang Sudirman dealer, an entourage consisting of 5 Cortez drove through the lengthy Semarang-Bawen toll road; here the journalists accelerated the speed of Cortez up to 140 km/h in state of total balance.

The convenience of i-AMT and the transition from eco to sport mode became reliable features while driving along this picturesque toll road. Out of there, the journey continued to Panorama Umbul Sidomukti. Various challenges such as narrow, uphill, and winding roads were successfully beaten by the journalists who alternately took control of the Cortez steering wheel to equally feel the sensation of driving Cortez whose large and sturdy body became a challenge of its own.

Arriving at the Panorama Umbul Sidomukti, all the invitations were offered with a beautiful mountain scenery and cold fresh air in the city of Semarang.

Before embarking on each journey, the team from Safety and Defensive Consultant Indonesia, represented by Sony Susmana, always provided the right guide in driving; from a comfortable and safe sitting position, speed-rate setting, as well as driving ethics, particularly when having to share the road with other vehicles along the way. Trekking down the road of Umbul Sidomukti, some journalists had the chance to experience the sunroof feature that flew in cool air and helped them in occasionally stuck out their cameras to take pictures.

When the driver or passengers forgot to strap on their seat belts, the reminder feature on the MID screen went off to remind the driver to keep the seat belt to stay fastened all the way—even up to the third-row passenger seats.

The spacious leg room and the space between the head and the ceiling in the cabin provide extra comfortable experience when journalists must change position from being a driver to a passenger. While for the driver, the electric seat adjuster feature also provided extra comfort for him and the headlamp not only gave the impression of elegance but also gave extra sense of security when having to drive at night. The final destination, Alila Hotel Solo, marked the driving distance as far as 144.9 km from the starting point.

We also took the journalists to explore the sensational journey on the second day by visiting Batik Omah Laweyan in Solo, running up through the winding road of Irung Petruk in Boyolali area, as well as playing jemparingan in Magelang area. Once each journalist was done admiring their scratch of batik artwork on their sheet of cloth, we moved on to the next trip to the lunch location at selo (in-between) Merapi area that we had to reach by traversing through the high and the winding path of Irung Petruk.

The road was not only beautiful, but also cool and refreshing. Rain that had fallen during the trip was not a constraint when they experience the sophistication of auto wipers that automatically swept the windshield off of raindrops when the car is driven. Manual transmission had once again functioned as the right choice to climb this high Boyolali plateau.

Some journalist have commented that the front-wheel drive was not an obstacle in this uphill track because of safety features such as AVH (Auto Vehicle Holding) which was very helpful for the driver because they didn’t need to repeatedly step on the brake pedal in the middle of congested traffic, HHC (Hill-Hold Control) that kept the car's position steady on an uphill road, and of course the transition of Cortez’s 6-speed manual had made driving Cortez a memorable experience.

The next destination, Balkondes in Magelang was finally reached in prime condition. Traditional dishes such as wedang, tempe mendoan, and young coconut water became loyal friends when each participant took turns wearing a traditional outfit to try out the jemparingan, which is a traditional archery sport in the land of Java.

What a new sensation this was through the journey with Wuling Motors in this early 2018. After the archery session, the final destination began with the rain soaking the asphalt we drove on, but the safety features we made use of, such as ESC (Electronic Stability Control) and EBD (Electric Brakeforce Distribution) again gave the driver a high confidence when driving Cortez to Heritage Platform Borobudur, where we spent the night off.

The total journey on the second day along the 91.6 km was ended with the satisfaction seen from the expression and testimony from the journalists. Some of the satisfactions that was uttered was the firm sound of the horn and luxurious cabin space with various features that are not commonly found on other medium MPVs thus this is very valuable in exchange of the money spent. There are a few inputs that we thought were interesting enough; namely the desire of the journalists to see Cortez dressed using 17-inch alloy wheels—or 1 size bigger from the manufacturer model, which is 16 ".

The third day, March 2, 2018 marked the end of the Cortez test drive across Central Java. Before returning to Adi Sumarmo airport in Solo, we went to Wuling Magelang dealer to witness the real evidence of Wuling Motors’ commitment to provide assurance for every Indonesian consumer. Semarang and Magelang dealers, which are 3S dealers (sales, service, and spare parts) are always ready to provide complete service from sales, service, and availability of genuine spare parts for the needs of each of our customers.

The sensation and surprises we brought to our fellow journalists had not ended here. Because, the second phase of the media test drive will soon be initiated to provide real proof of the quality and performance of Cortez in running on all fields to become a new reliable choice. Keep an eye on journalists' actions at #DiscoverTheNewChoiceSensation and #CortezGoesEastJava to share the thrill of The New Choice of MPV. Keep the spirit to Drive for a Better Life! 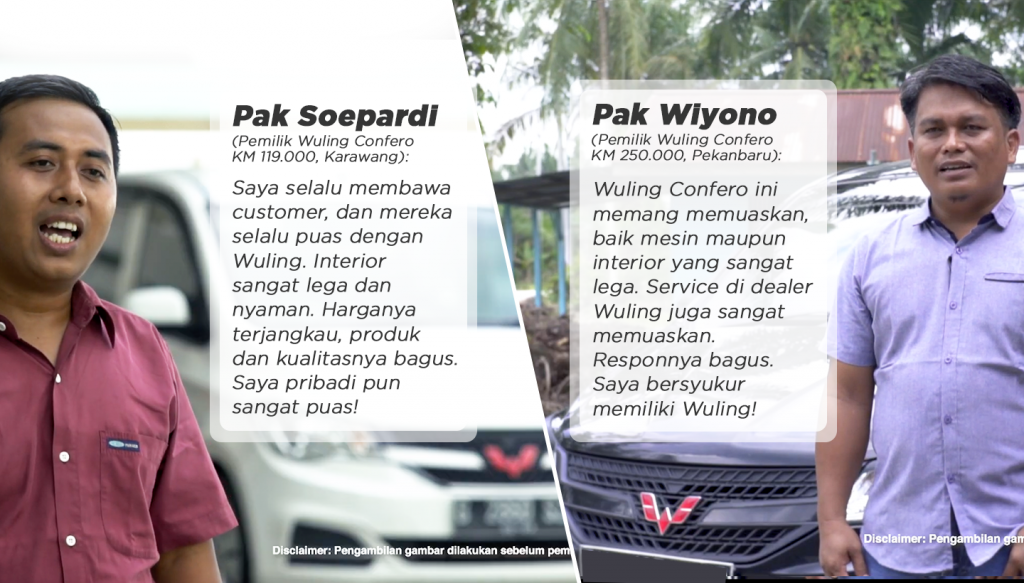 Celebrating 1,000 Days of Wuling, Here Are What Wuling Customers Say
It has been 1,000 days that Wuling Indonesia started accompanying families throughout Indonesia. During this journey, Wuling has proved that its cars are able to compete with the competitors in the country. Evidently, within 1,000 days, tens of thousands of Wuling cars were sold to Indonesian
Read More 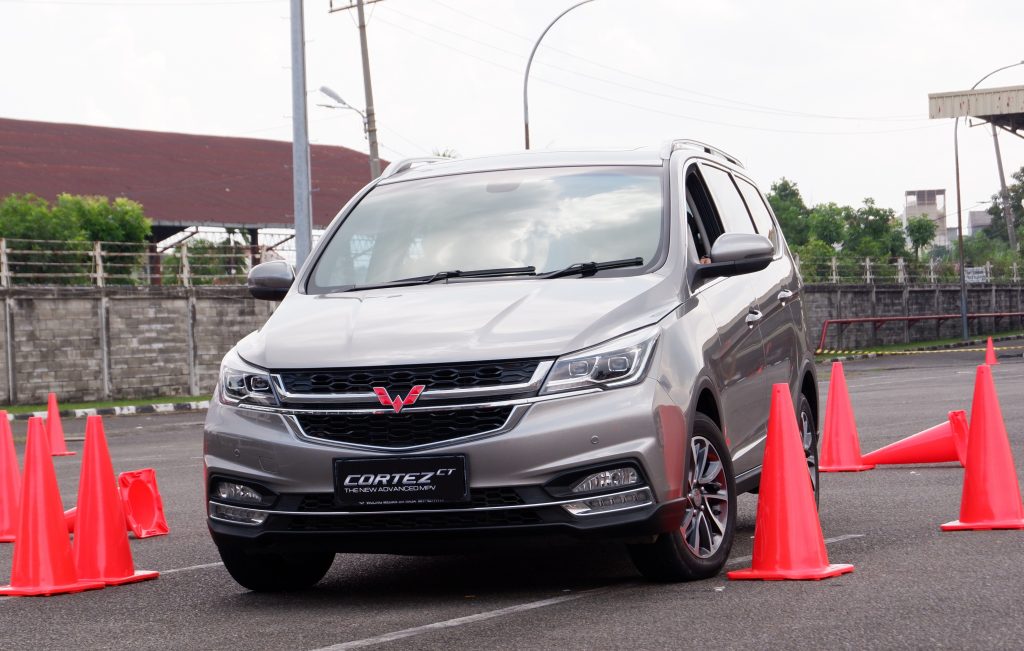 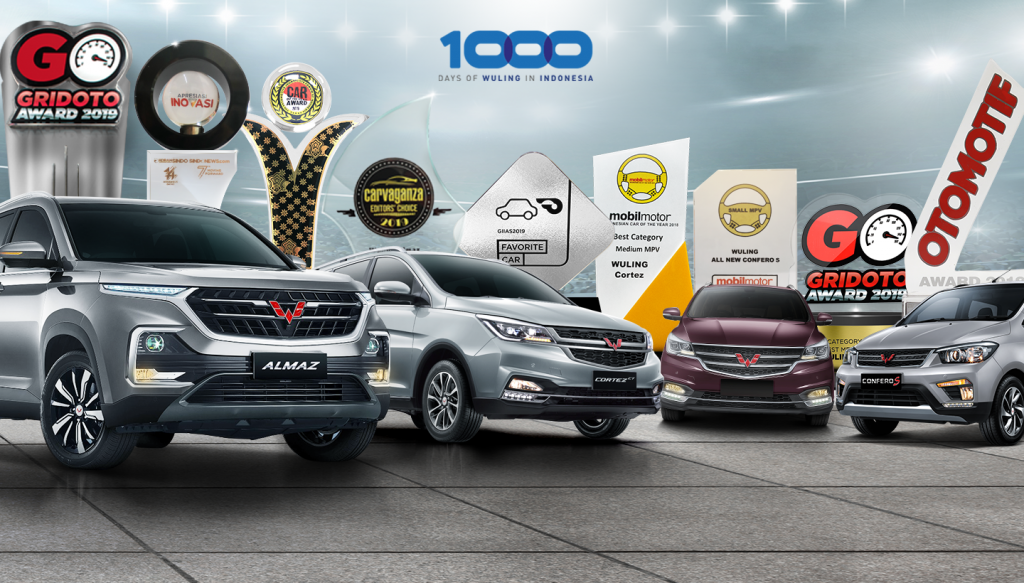 1,000 Days of Wuling, Its Journey in Indonesia Auto Industry
A decade ago, Wuling Motors may still be unheard of to the ears of Indonesian. Despite being seen as a newcomer, however, Wuling has now started to be known in the country’s auto industry. SGMW Motor Indonesia Inc. (Wuling Motors) is a subsidiary of SAIC-GM-Wuling Automobile Inc. (SGMW), a
Read More
See more
Tag List
See All Tags
Artikel List