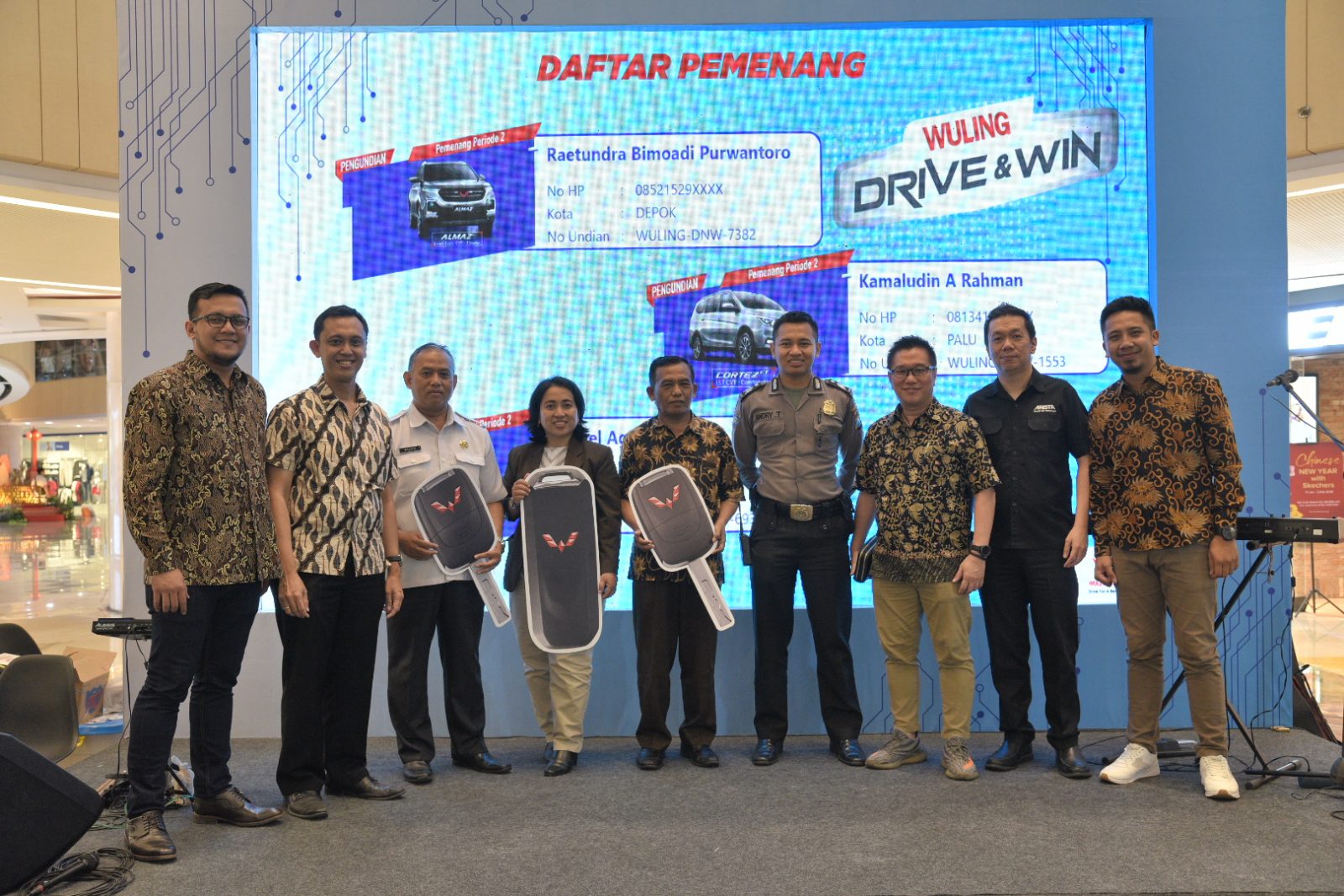 One unit of Almaz, Cortez CT, and Confero S ACT is to be handed over to three lucky winners

Surabaya, 29 January 2020 – The second period winner of the ‘Wuling Drive & Win’ program was drawn on Wednesday 29 January 2020 yesterday in the City of Heroes. Starting in September 2019, the test drive with prizes has been carried out throughout the Wuling Motors (Wuling) dealer network throughout Indonesia and participated by thousands of participants. Each 1 winner of Confero S ACT, 1 winner of Cortez CT Comfortable CVT type, and 1 winner of Almaz Smart Enjoy CVT were announced at the event that took place at Atrium Tunjungan Plaza 6. 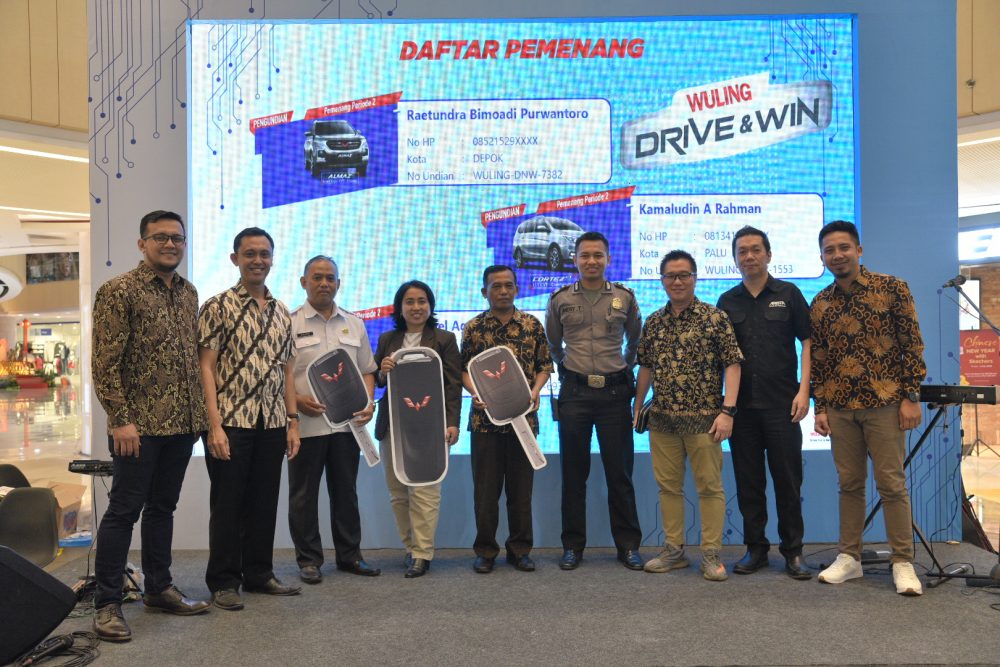 “The second period of Wuling Drive & Win has ended and we congratulate the lucky winners. This program continues into the next period at all our dealers network throughout Indonesia and is ready to reach more participants who want to try driving experience with Wuling” Zia Ul Rahman, Marketing Strategy and Promotion Manager  Wuling Motors explained.

Wuling prepared 3 units of its product line-up as the main prize for the second period winner of the Wuling ‘Drive & Win’. 1 unit of Confero S ACT was won by Daniel Agung from Surabaya, while Kamaludin A Rahman from Palu was the lucky one to get 1 unit of Cortez CT Comfortable CVT. In addition, 1 unit of Almaz Smart Enjoy CVT is ready t to be brought home by Raetundra Bimoadi Purwantoro from Depok. The symbolic ceremony for the presentation of gifts from Wuling Motors was represented by Zia Ul Rahman and was also witnessed by representatives of the East Java Province Social Service, Surabaya City Social Service, police and notary public. During the ‘Drive & Win’ Wuling, 9,166 participants participated and came from various parts of Indonesia. The test drive program with prizes will continue into the next period which starts from January 1 to the end of February and will be drawn in March 2020. 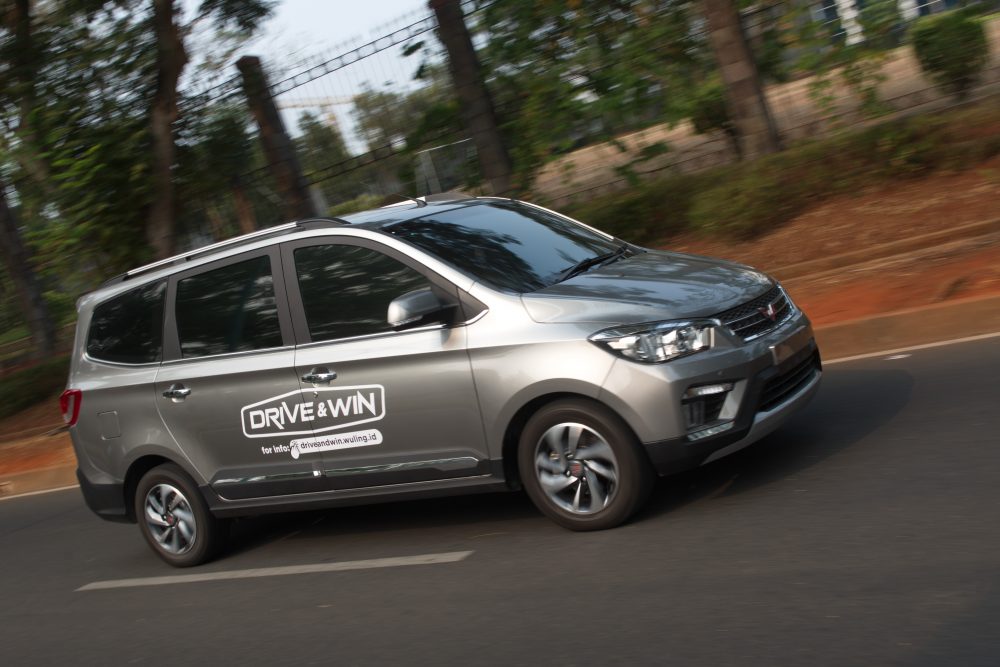 “After successfully holding it in two periods, we still open up opportunities for Indonesian people who want to participate and get the grand prize of the Wuling vehicle. Let’s visit driveandwin.wuling.id and the closest dealers and events to experience first hand the driving experience with the Wuling product line and win our best products,” Zia Ul Rahman addedss.

The Features and Prices of Wuling Cortez CT Type S

11 Tips To Save Your Car Fuel