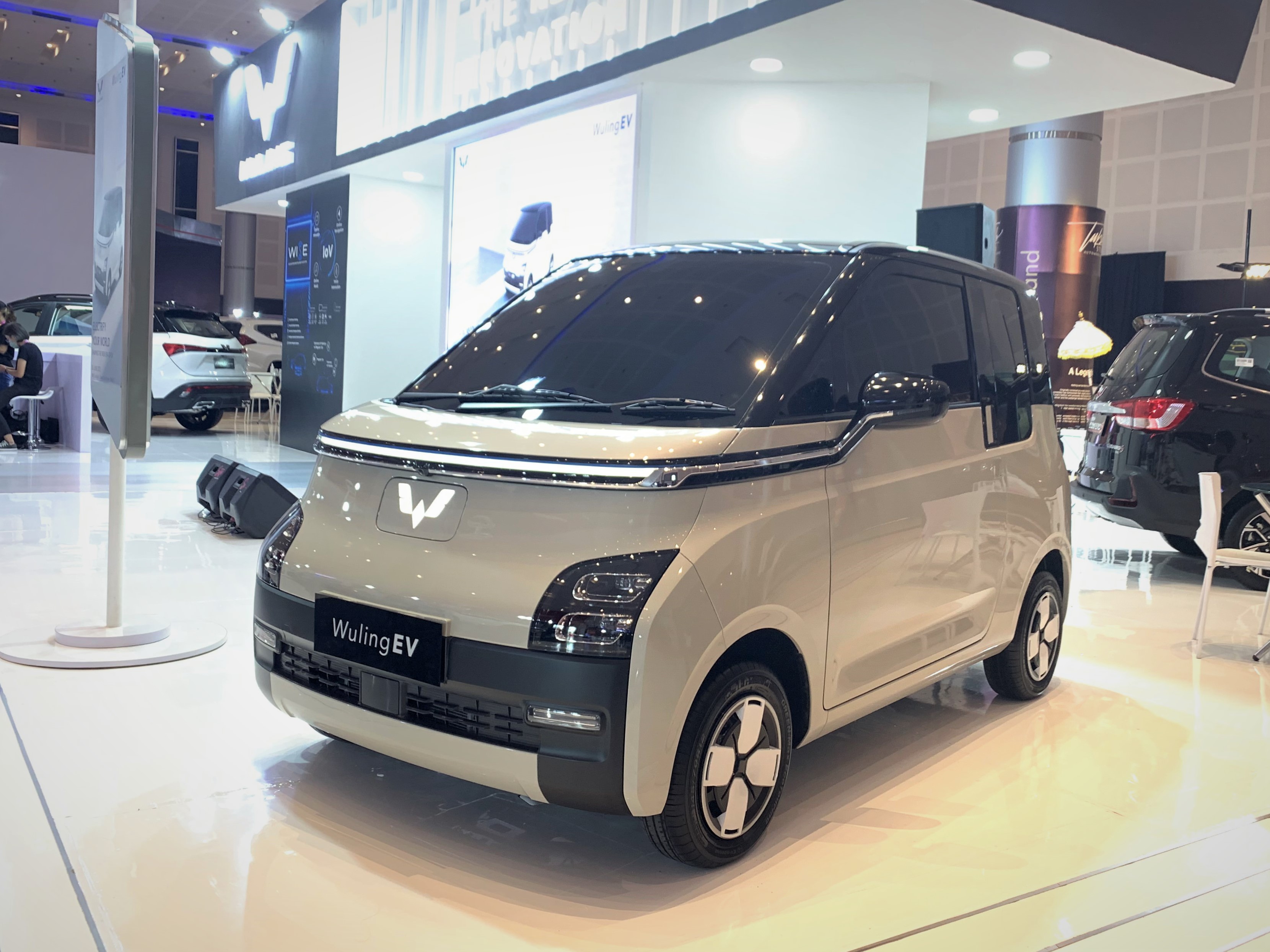 Wuling EV, which applies the future-tech design language, greets the people of Surabaya and its surroundings

Surabaya, 5 June 2022 – In its participation at the IIMS Surabaya 2022, Wuling Motors (Wuling) today displayed its electric vehicle at the Grand City Convention and Exhibition, Surabaya. Previously, the Wuling electric car was shown to the public for the first time in Jakarta at the pre-launch event entitled Electrify Your World last Wednesday (1/6). The Wuling EV car, which will be marketed in Indonesia, applies a future-tech design language that combines a touch of the future and technology and is supported by a versatile compact design. 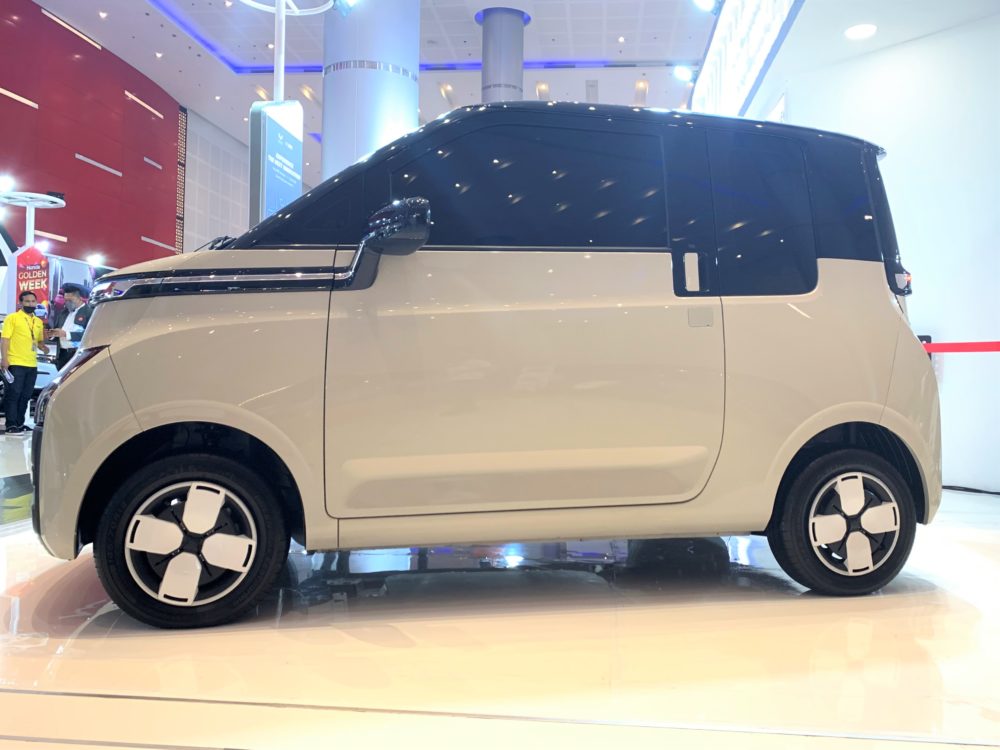 "We are proud to bring Wuling EV to the IIMS Surabaya 2022 exhibition today. Still in the Wuling EV pre-launch series and in line with the Experience The Next Innovation theme, we introduced the exterior design of the Wuling electric car to the people in Surabaya. Therefore, we invite you to witness Wuling EV directly at booth E, Grand City Convex, "explained Edison, Regional Sales Area Manager of Wuling Motors.

Speaking of a futuristic and unique front view, this Wuling prototype electric vehicle uses an Extended Horizon LED Daytime Running Light combined with chrome strips and black trim. Then there is also the Illuminous Wuling logo on the front which adds a modern impression. Moreover, the multilevel headlight design adds to the futuristic aura of Wuling EV.

Moving to the side body, there is a futuristic rearview mirror with a floating design but still sturdy. The rear window with the style of Aero-craft cabin window on the second row further sharpens the future elements of this Wuling’s electric vehicle. This unique window shape certainly not only enhances the driving experience but is also unique in appearance. Furthermore, there are modern parallel steps rear lamp on the back side.

Overall, this GSEV-based Wuling electric car carries a versatile compact design that makes it easy to use and drive, and easy for consumers to park in various urban traffic conditions. The presence of a curved-tech body line combined with a minimalist dual-tone color scheme makes this Wuling EV look stylish. 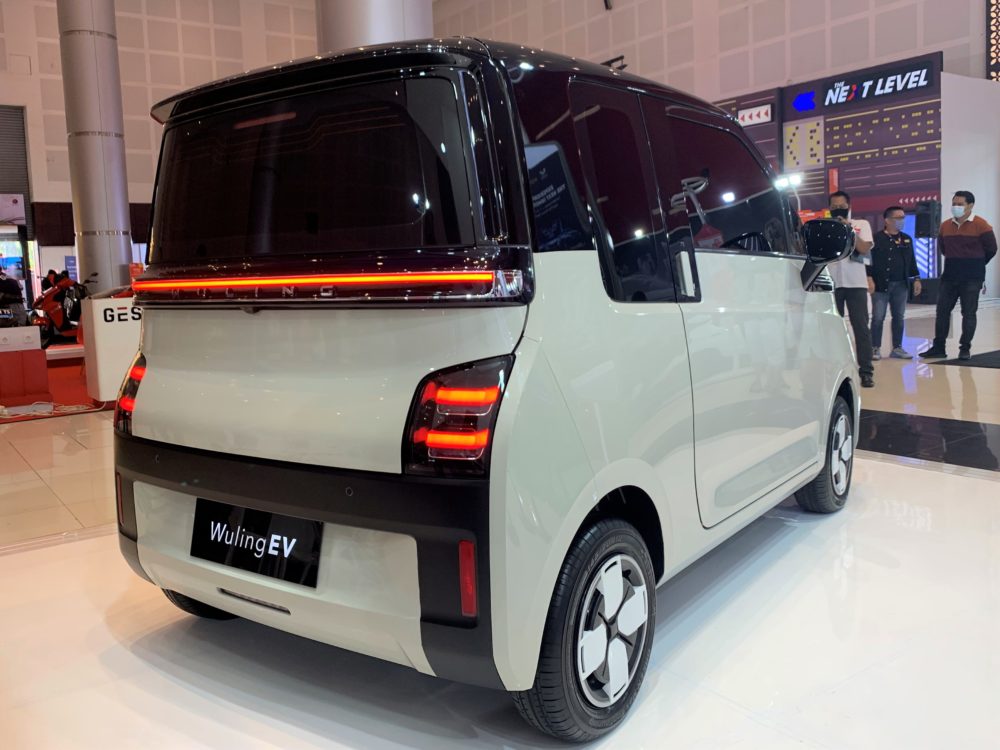 As additional information, Wuling has officially announced its support for the G20 Summit as an official car partner. The support given will be 300 Wuling EV units that are ready to support mobility needs during the international scale activitiy on the island of the gods. 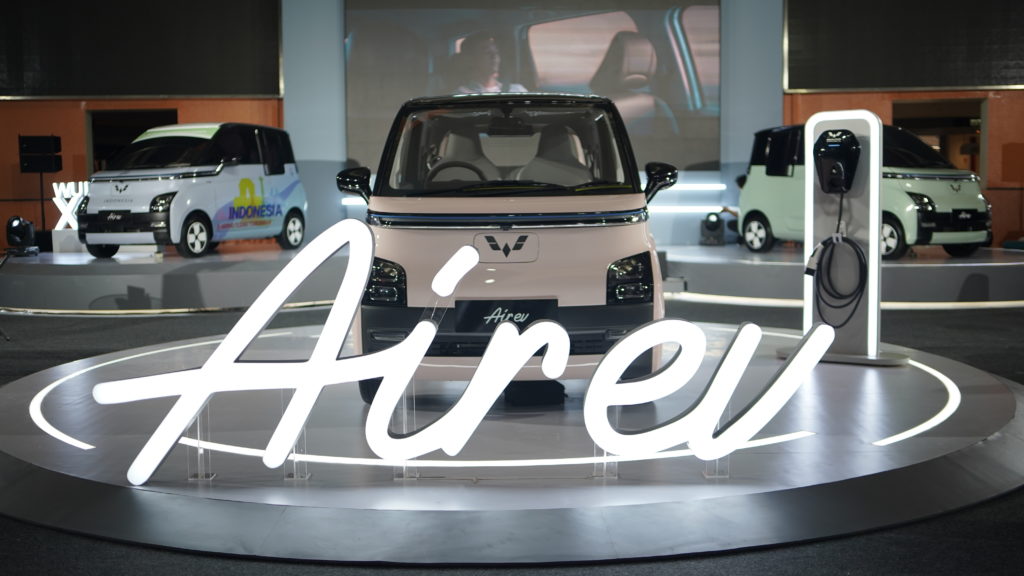 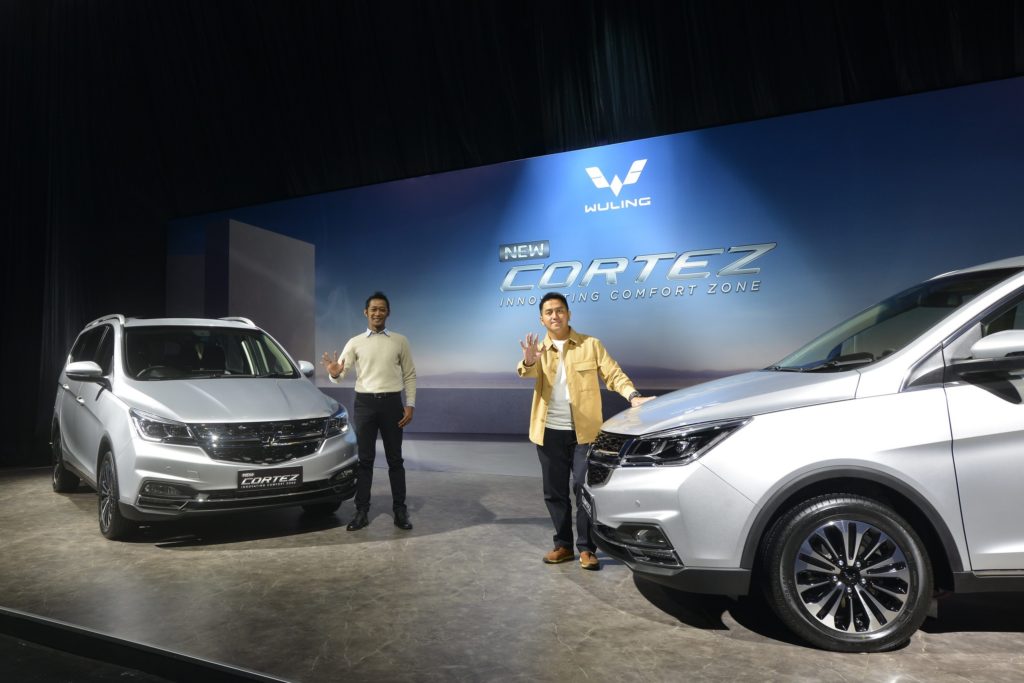