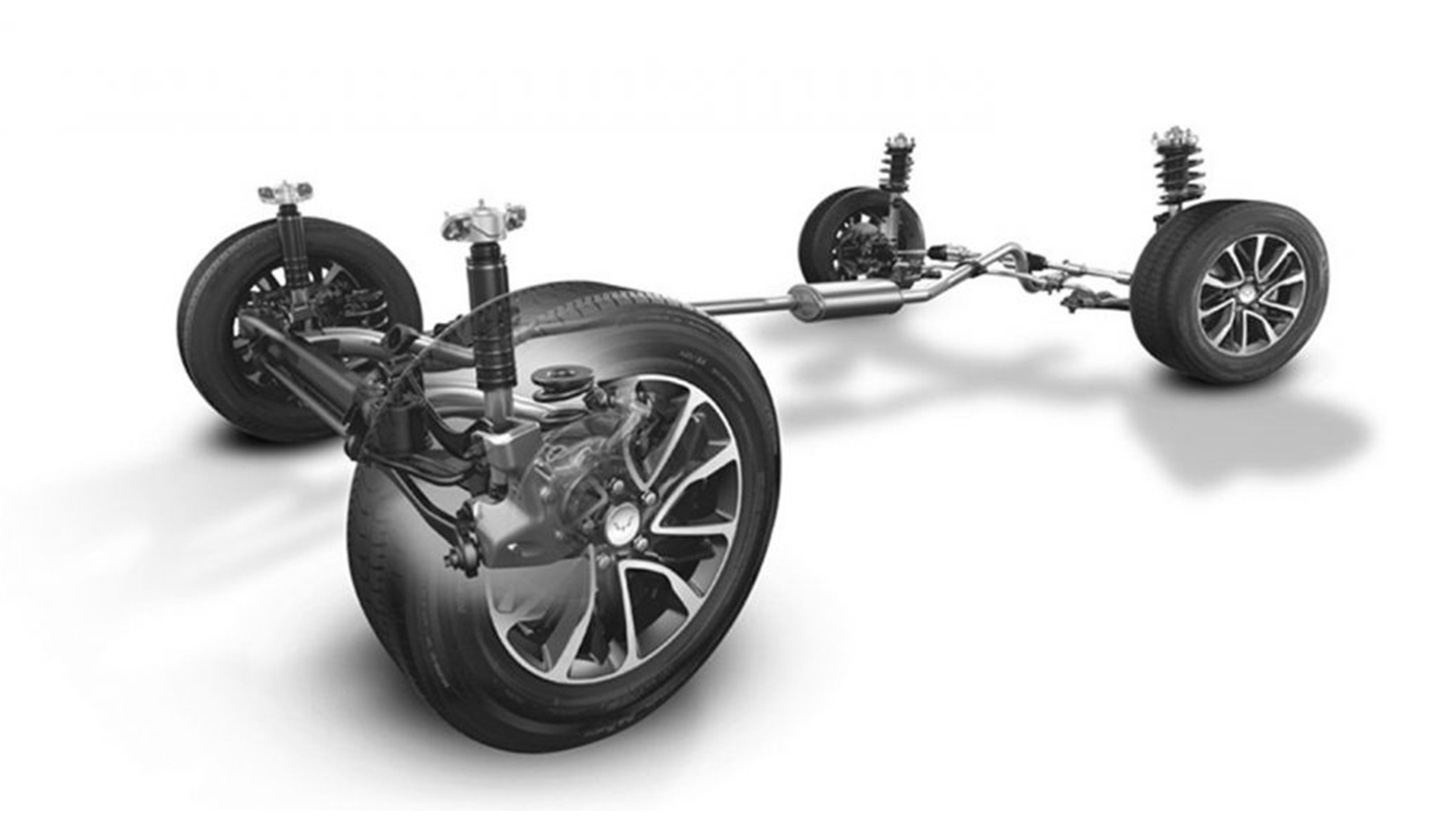 Do you already know what a car chassis is? The chassis is a very important part of the car. If there is no chassis, the car cannot support all the weight in it. This would definitely be bad for a car. Chassis is made up of various components in a car that you will be familiar with for a long time.

Springs and transmissions are among the components of the chassis. The two parts, of course, are already known by many people and are very familiar. Not only these two components, but there are other chassis components that are commonly known but do not yet know that these components are part of the chassis. If you are still curious about what a chassis is, let's see the explanation below! 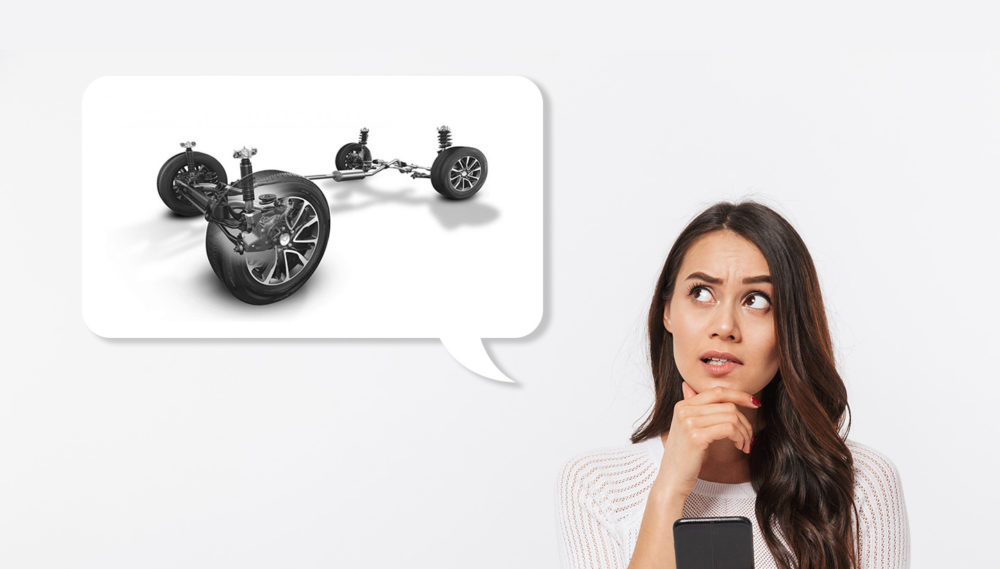 The chassis is a car frame that has a function as a support for the engine and passenger car body. This chassis is usually made of iron or steel with a certain composite. In Indonesia, the chassis that is often used is the monocoque chassis. 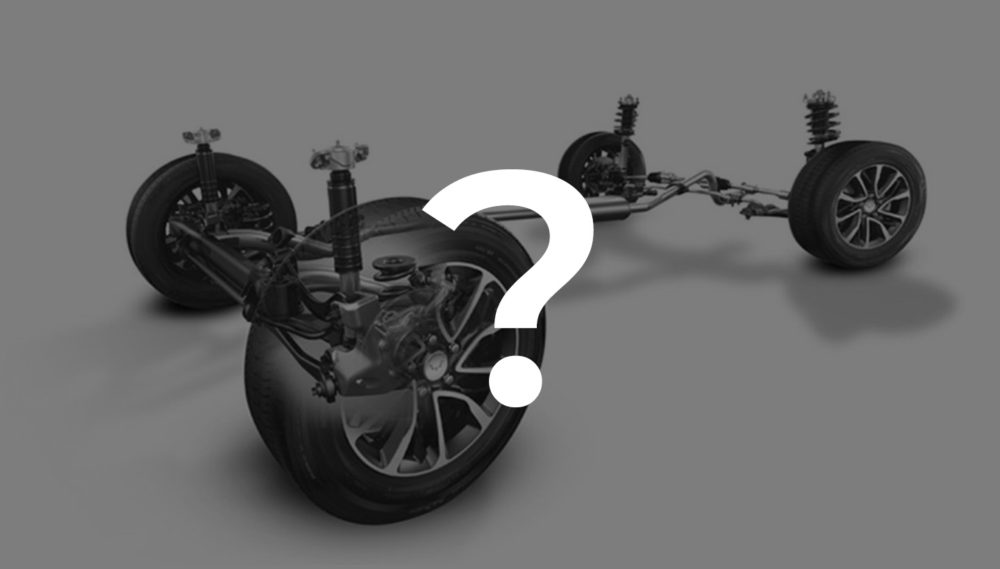 The following is a discussion of the types of car chassis, which contains information about ladder frames, monocoque chassis, backbone chassis, tubular space frames, to aluminum space frames. 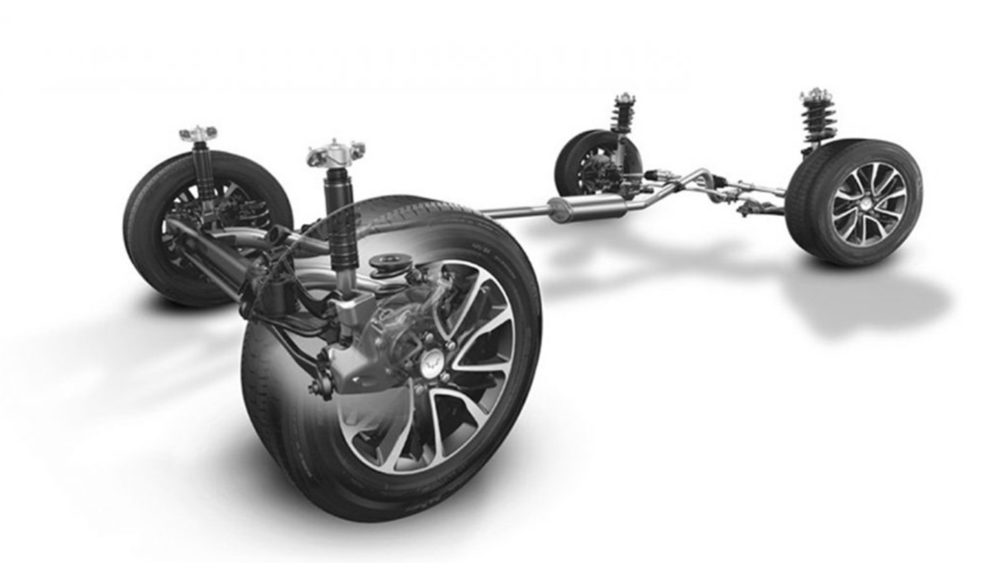 Ladder frame is a chassis that looks like a ladder. Despite its unique shape, this chassis is perfect for use as a base for car engine mounts and other components. This chassis is usually made of symmetrical steel with a beam shape that is in certain parts. This section is reinforced with additional joints and cross members. This one chassis is usually used in SUV cars. 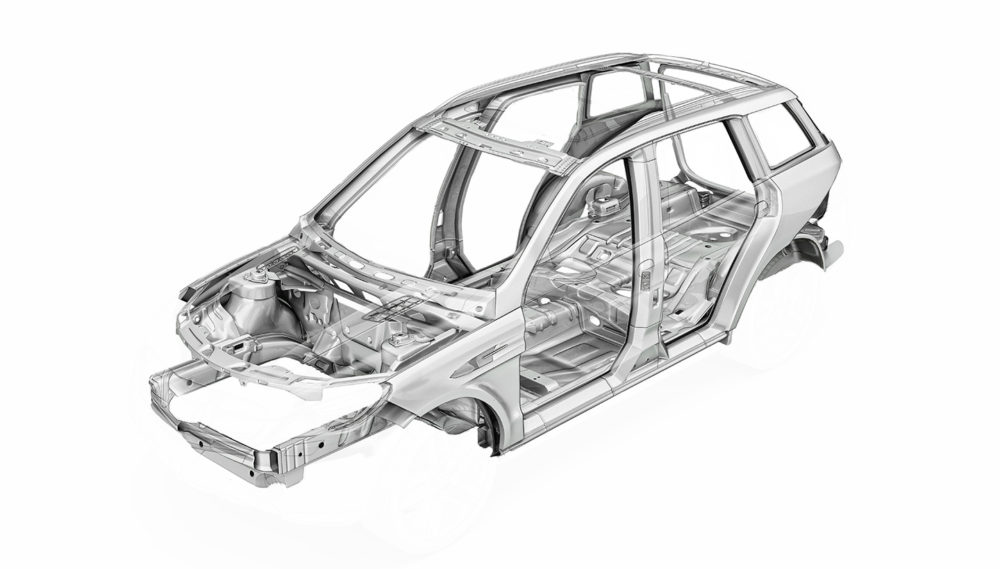 Monokok chassis is a chassis that blends with the car body. The part that is included with the chassis is the outer part of the car body which is used to protect the cabin space from collisions. The chassis is usually made of reinforced composite steel so that it can be the frame of the car body. Chassis material has the main requirement, namely the material must be strong to be able to support the load of the vehicle. 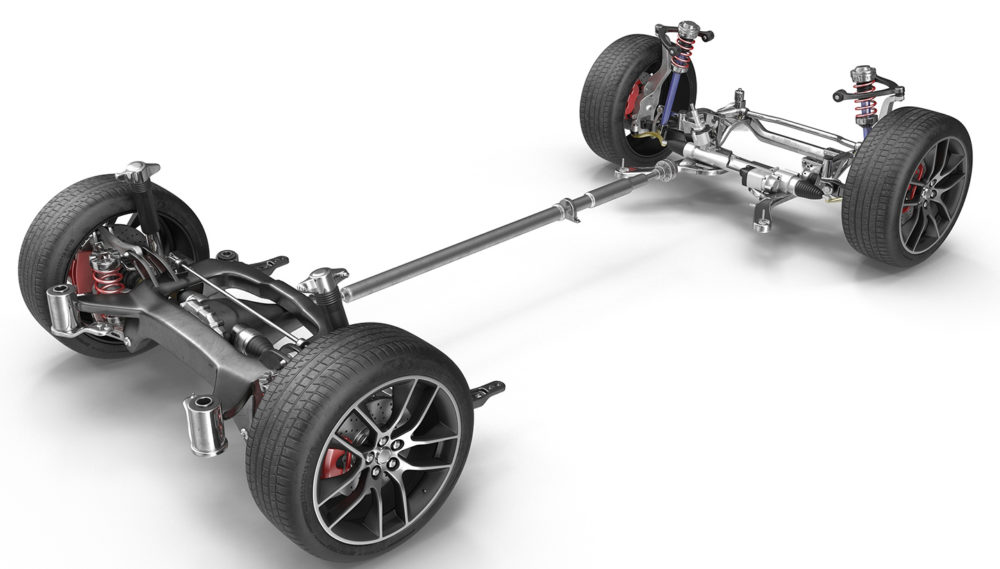 The backbone chassis looks similar to a single main skeleton. Its position will cross along the center of the car so as to make the front and rear of the car connected. A backbone chassis can also be referred to as a single chassis. This chassis has quite a few drawbacks, such as its high price. 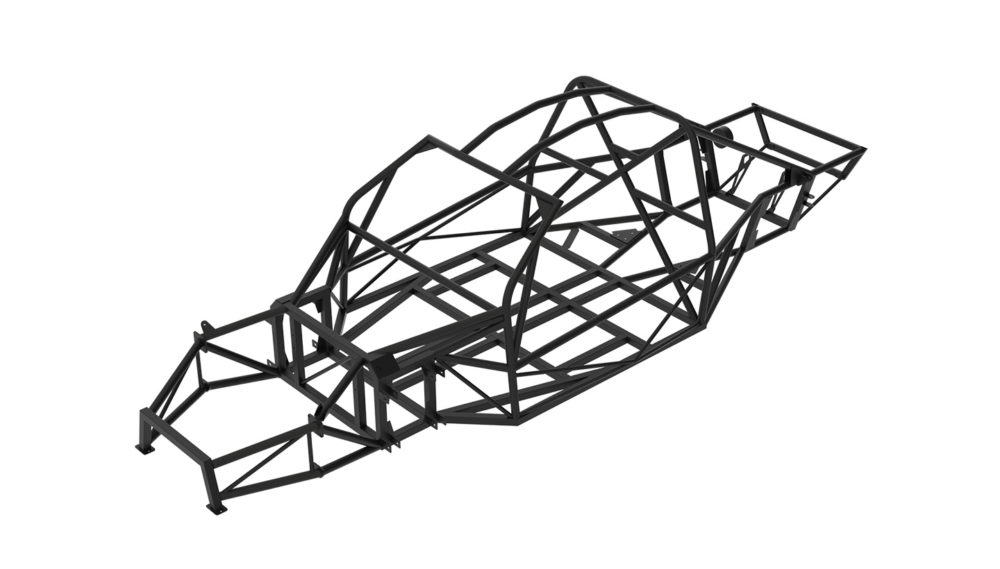 Tubular space frame is a chassis in the form of a steel pipe so that it can directly shape the car according to the construction. The strength of this one chassis will depend on the quality of the welded joints on the chassis. This chassis is considered the best, thanks to its durability. This advantage resulted in this one chassis being often used in racing cars. 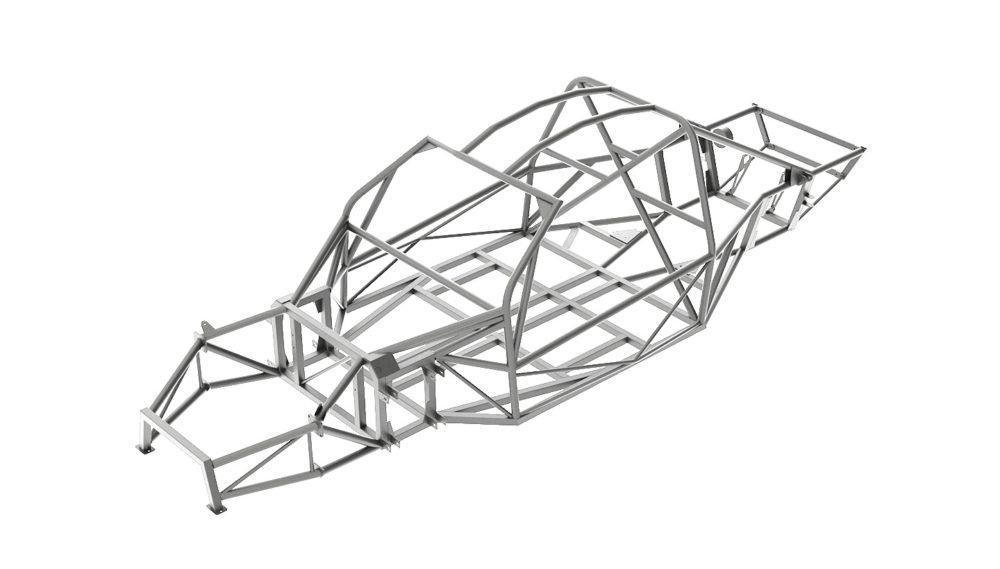 The aluminum space frame is a chassis similar to the monocoque but uses aluminum. Meanwhile, monocoque chassis usually use steel plate sheets. This chassis has a lighter weight when compared to the monocoque. 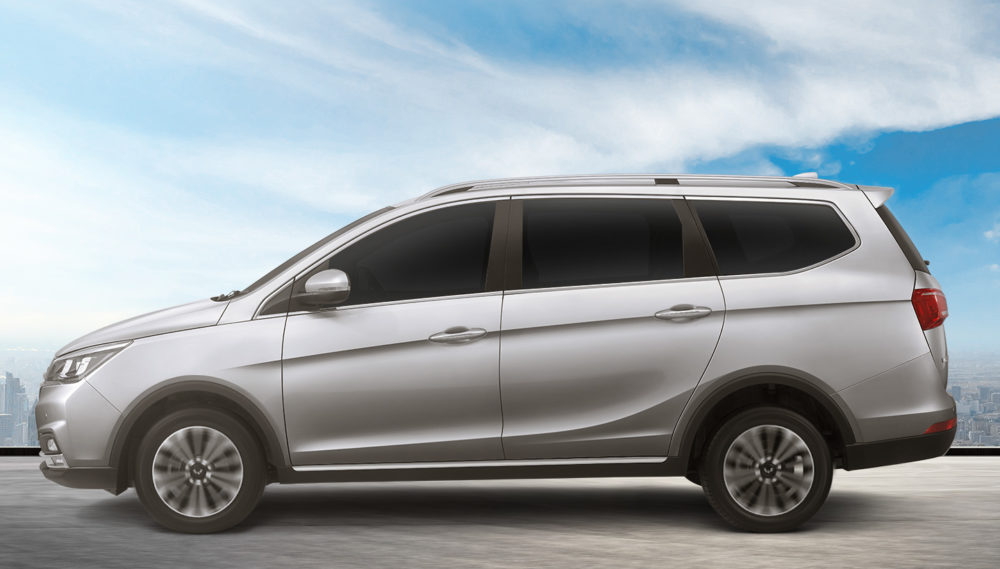 The chassis has a function to support the vehicle's engine and transmission loads as well as components and passengers in the car. Another function is to maintain the shape of the car so that it remains rigid and does not deform when used. This is why the material used must be strong so that it can withstand the entire load of the car. The following is a discussion of the components of the car chassis which is divided into 12 parts. 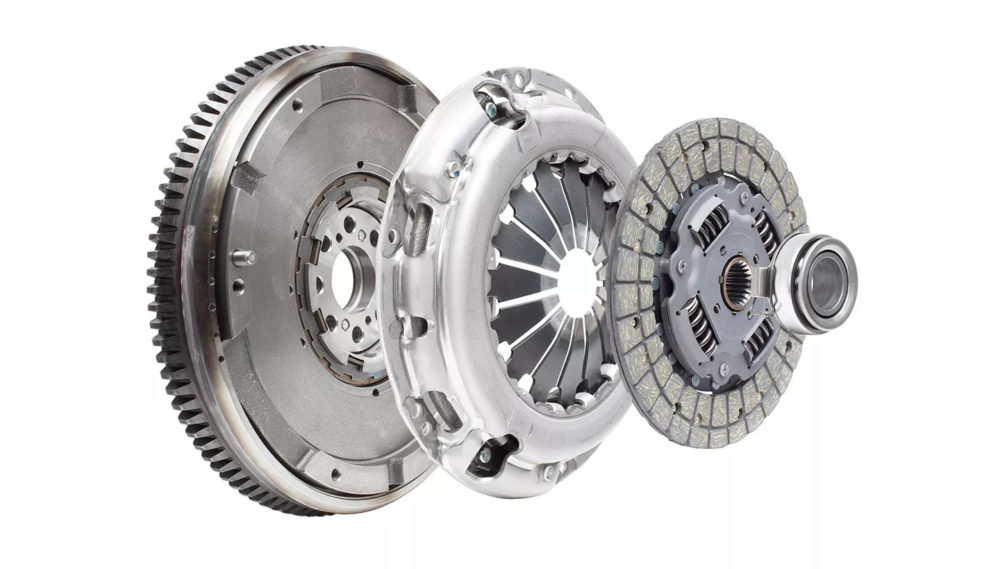 The first component in the car chassis is the clutch, which serves to connect and disconnect the engine speed to the transmission gently. Clutch is useful when you are running the car or are in a traffic jam.

The clutch can make the gearshift process smoother. This component consists of two metals that rotate at RPM, namely the flywheel and pressure plate and the clutch lining is between these two parts.

When the pressure plate presses against the flywheel, the clutch lining will be pinched and the engine speed will be connected to the transmission. However, in the automatic clutch system, the clutch will work according to the fluid pressure force. This force will continue to grow as the engine speed increases, so manual clutch operation is not required. 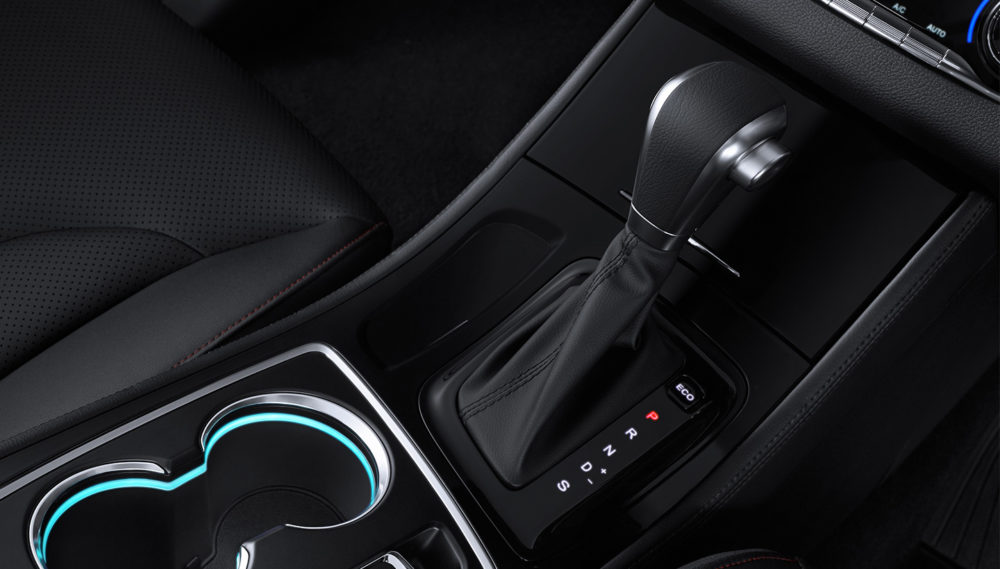 The car's transmission can help perform these activities by adjusting the ratio of the displacement between the gears. Position 1 has a gear ratio that is large enough so that the transmission output rotation will be smaller than the transmission input. However, position one has a very large torque.

After entering 2nd gear or other gear, the gear ratio will be smaller and this will make the output acceleration rate bigger but the maximum torque will decrease.

The transmission has torque that is inversely related to engine RPM. Same with the clutch, the transmission also has an automatic version. This version can adjust the gear ratio according to the speed of the vehicle so that the driver only needs to focus on driving the car. 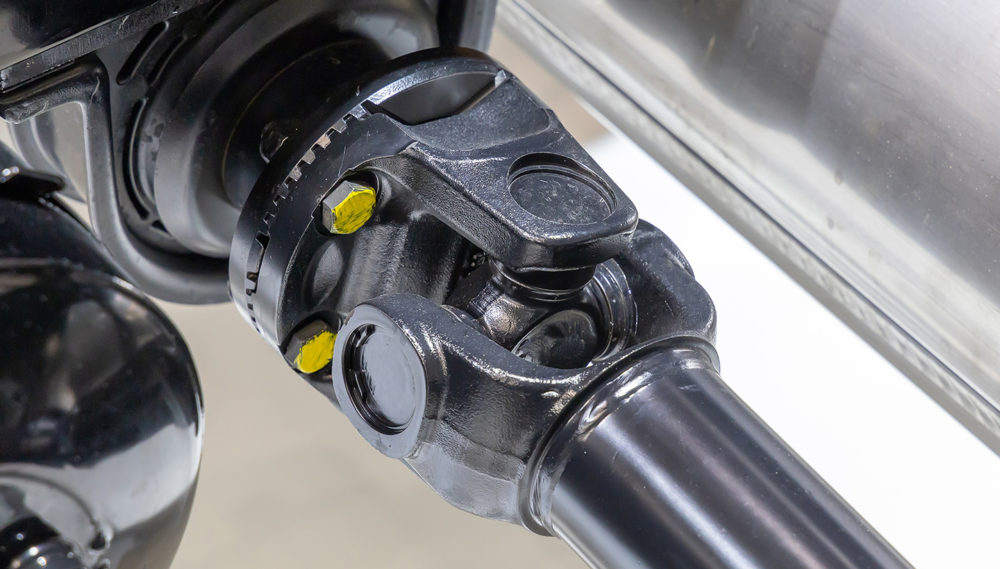 The components that are between the transmission and the rear axle of the car must have an unequal height because the axle is under the suspension while the transmission is on the car body. This makes the car need additional components so that the propeller can function without experiencing interference.

Universal joint is a component in the car chassis whose function is to connect torsional moments from any direction and angle. Usually there are two parts of this which are located behind the transmission and front axle. 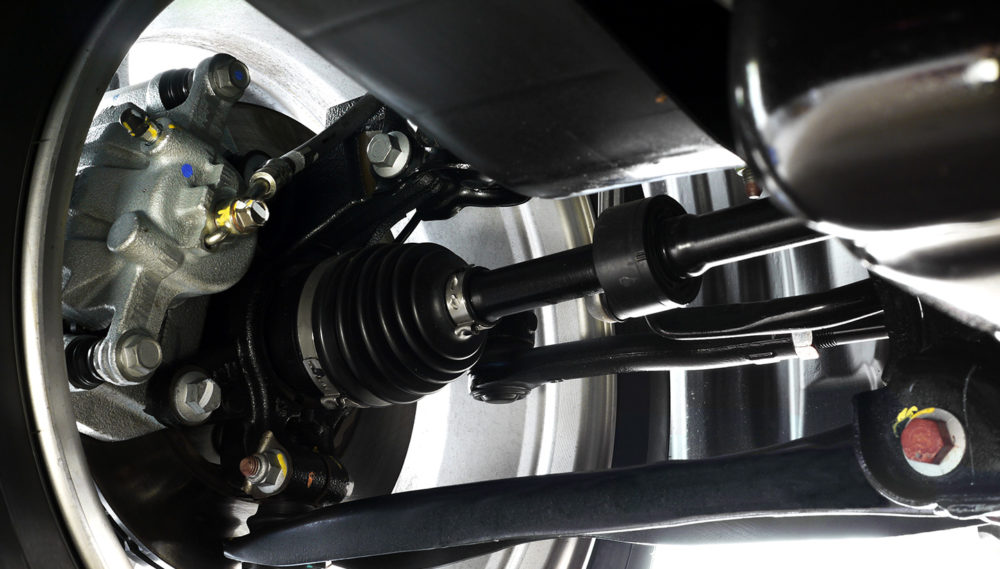 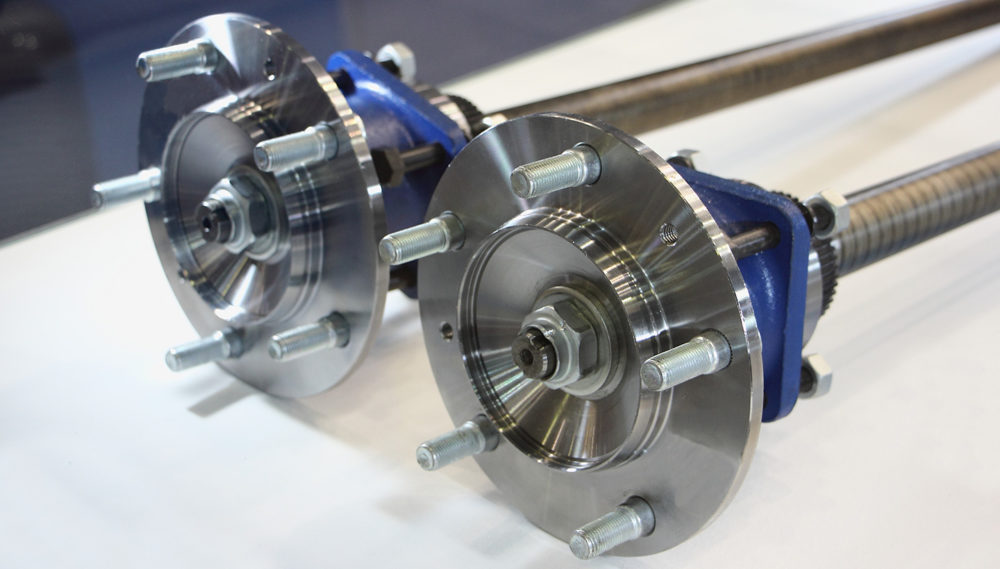 This component has the shape of a shaft that will connect the axle with the axle. At the end of the axle, a wheel bearing will be attached to the axle bearing the car body. There are two kinds of axles used in cars, namely rigid axles and independent axles. 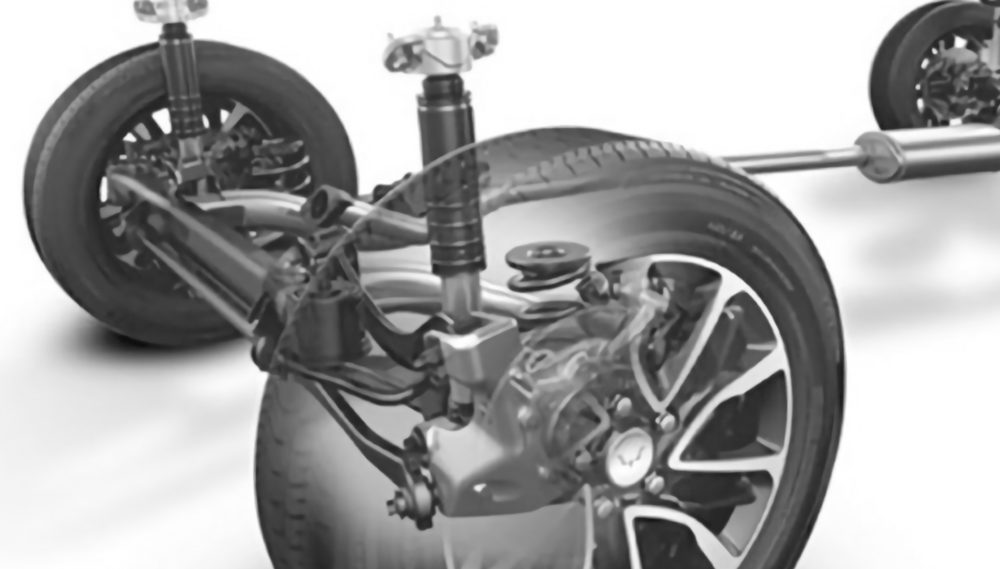 Springs are also part of the suspension system. The function of the spring is to dampen road vibrations and provide softness when the car passes through potholes. Springs are usually made of flexible steel with a threaded design.

This part has good damping power so it is often used in cars for independent suspension systems. There is also a leaf spring model which is a sheet-like flexible steel. This model has better strength than threaded springs, so it is more widely used for cars with heavy weights. 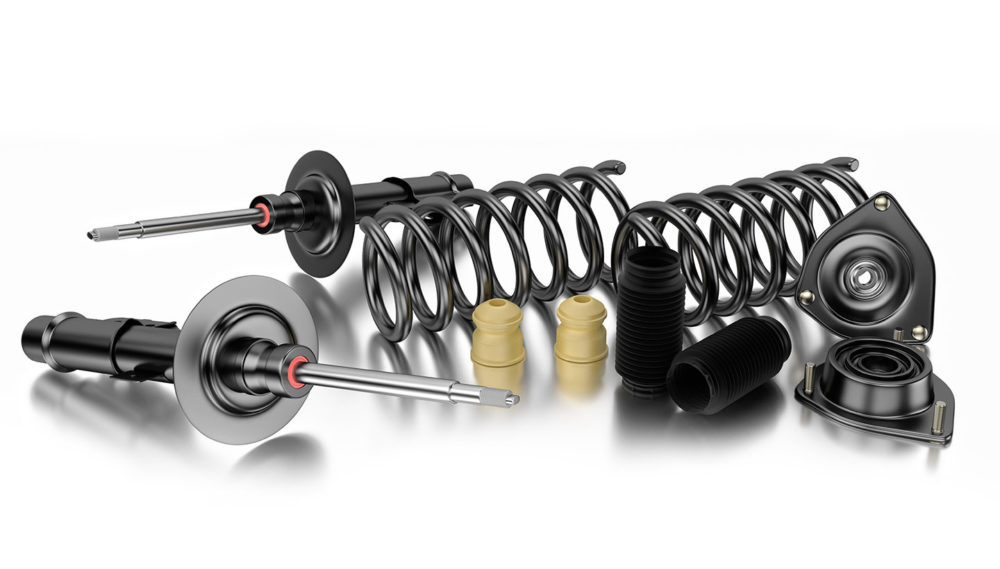 Shock absorbers are different from springs. It has no resistance to incoming pressure. However, this component can absorb the shock that arises when the spring is working.

This happens when the car passes through a pothole and the pressure that appears is held by the spring. However, because of the flexible nature of the springs and the vehicle's weight is too heavy, the shocks can be too big. This is where the role of the shock absorber is so that shocks do not occur in the suspension system. The shock absorber will withstand the shock force through the liquid mechanism. 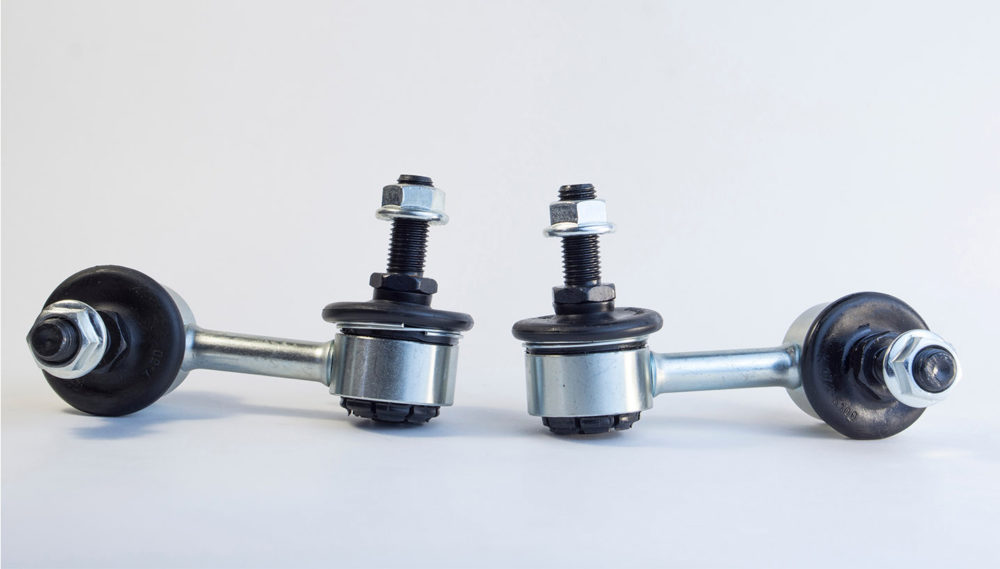 Stabilizer is useful so that the other wheel can withstand when one wheel experiences shocks. This component is composed of a swing bar and link stabilizer. The swing bar is the shaft that connects the left and right suspension systems. The stabilizer link is, on the other hand, connecting the end of the swing bar with the shock absorber. 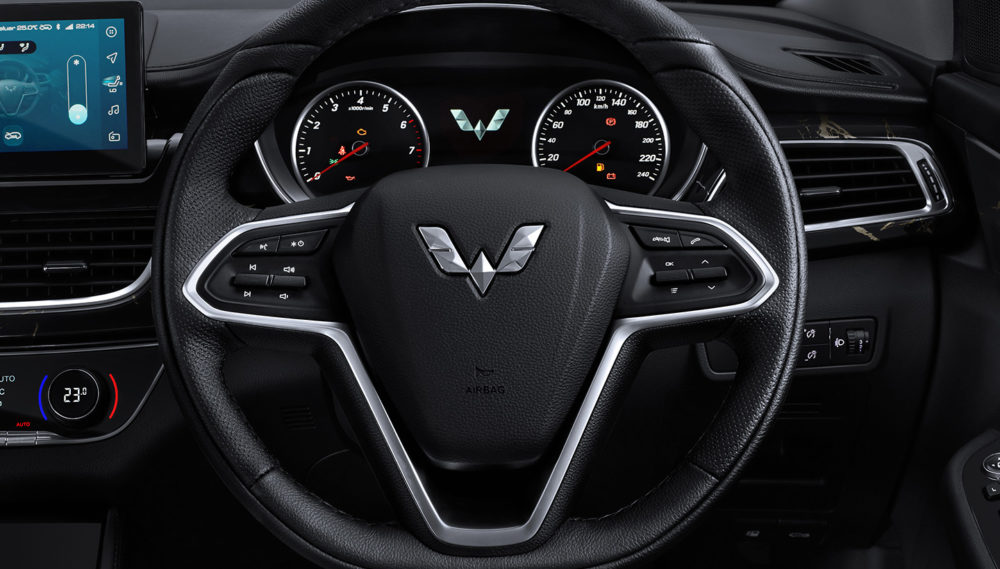 The steering system is also part of the chassis whose function is to relieve driving style and also control the direction of the front wheels. This system is made as an assistant so that when the driver turns the steering wheel it can be lighter. 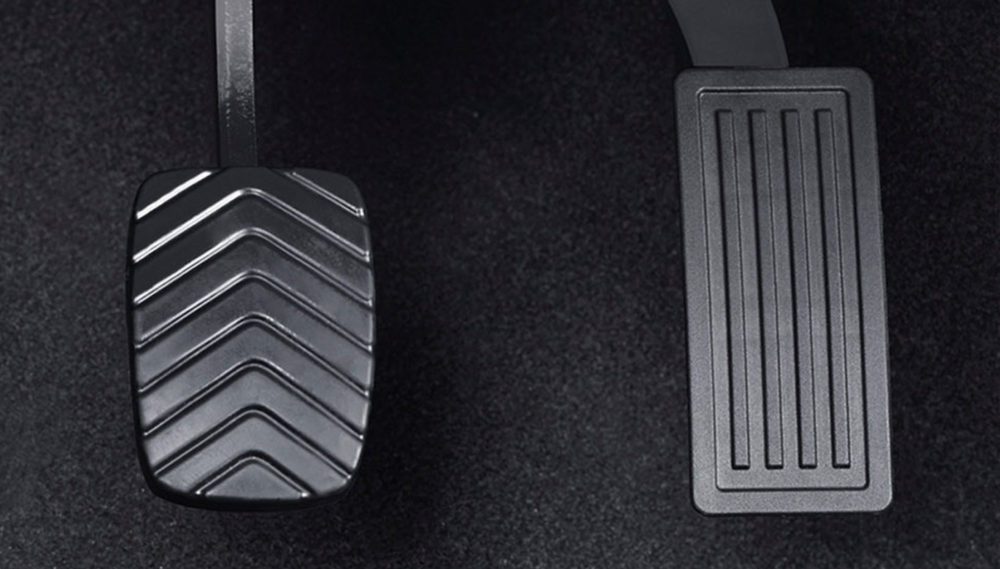 The braking system is a system that serves to reduce the speed of the car significantly. The workings of this system is to use friction so that the rotational energy of the wheels can be turned into heat energy. In this system, there are two materials formed from iron and asbestos that will rub against each other.

This will help to reduce the rate of rotation of the car's wheels. There are two brake systems commonly used in cars, namely drum brakes and disc brakes. Drum brakes are known to be quite good but less responsive brakes while disc brakes are more responsive. 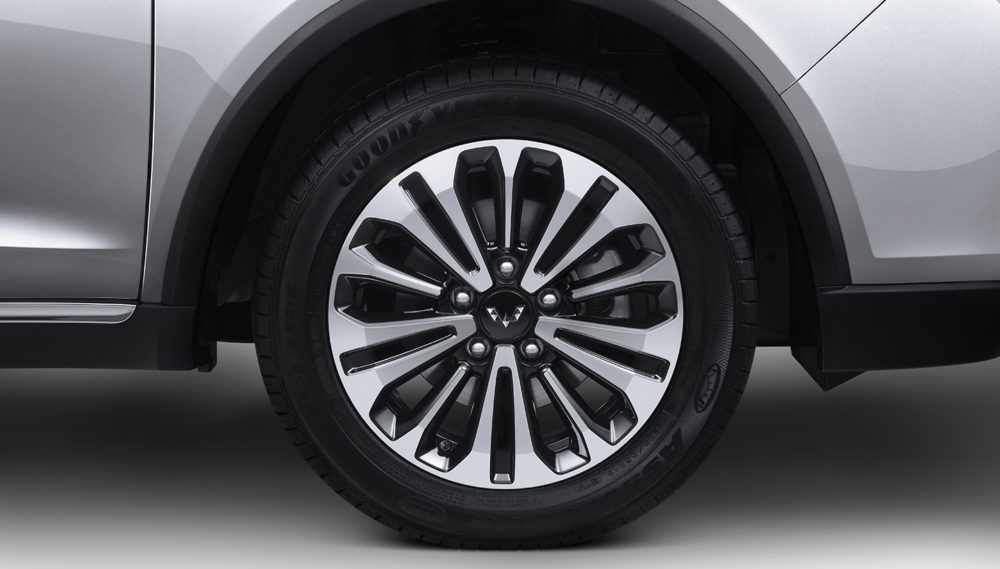 The last components you can find in a car chassis are wheels and tires. This component is usually located at the end of the powertrain whose function is to convert the rotational energy from the powertrain to be used as power from the vehicle.

Meanwhile, tires have a function to absorb small vibrations on the road and create friction with the road so that the wheels do not slip. Tires have several types such as hard, medium and smooth. Smooth materials usually have a soft structure so they have to be faster but have a pretty good grip.

That's some information that we can present related to the car chassis. Car chassis is a component that is less well known among people who are not interested in car components. However, in fact most of the components you know are part of the chassis.

These components make the chassis a fairly important part and must be treated properly and repaired if it is porous. If you are looking for a car, of course you want to find a car with the best chassis. You can find this in the New Confero S, which is a car with an optimal chassis because of the Rear Wheel Drive (RWD) system as the rear wheel drive. The RWD system will work optimally when the car faces rough terrain or is maneuvering. 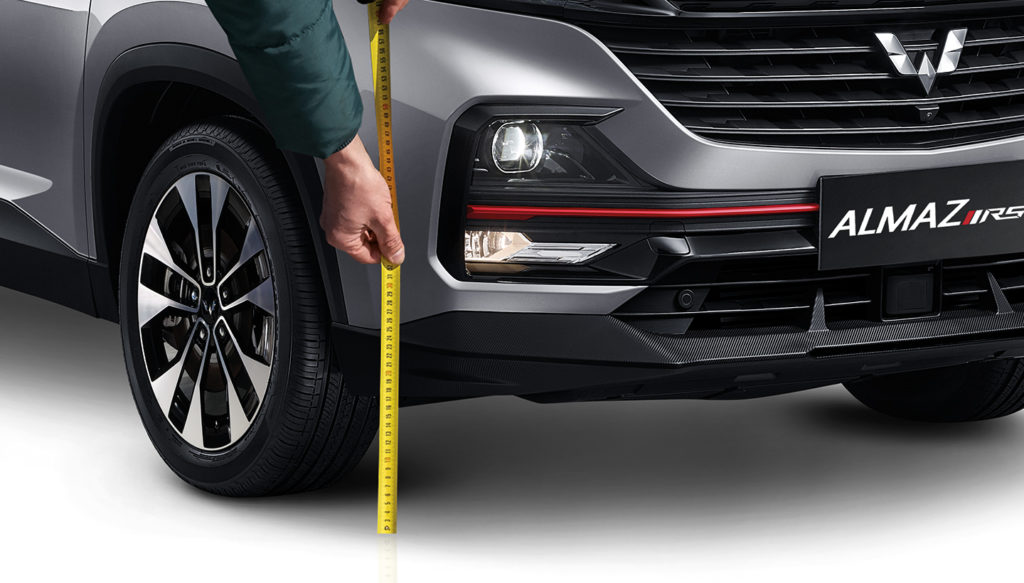 Ground Clearance and Its Function In Cars
Cars are vehicles that often experience problems -one of the common one taking place during the rainy season is due to the presence of puddles. When high water puddles or flooding occurs, it will certainly hamper the work of the car. To avoid or overcome puddles, the ground clearance of a car
Read More Car Drum Brakes: Definition, Components & How It Works
The car is indeed one of the vehicles in which it has many constituent components, and each has a variety of functions. Brakes are a vital component of a car because they can stop or slow down the car when moving or backward. There are two types of brakes in cars, the most popular of which are disc
Read More 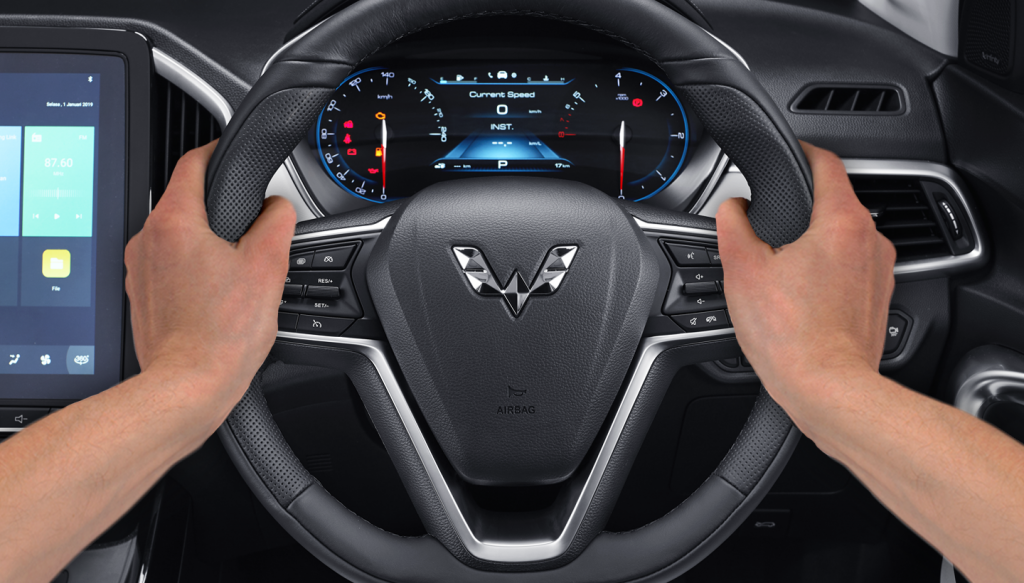 Heavy Car Steering: Causes and How to Overcome It
When you feel your steering wheel is heavy and difficult to turn, there are serious problems in the car. Especially when vibrations or sounds accompany the heavy steering wheel, you may want to fix it quickly. Power steering should work softly or silently. However, when you feel the car's
Read More
See more
Tag List
See All Tags
Artikel List