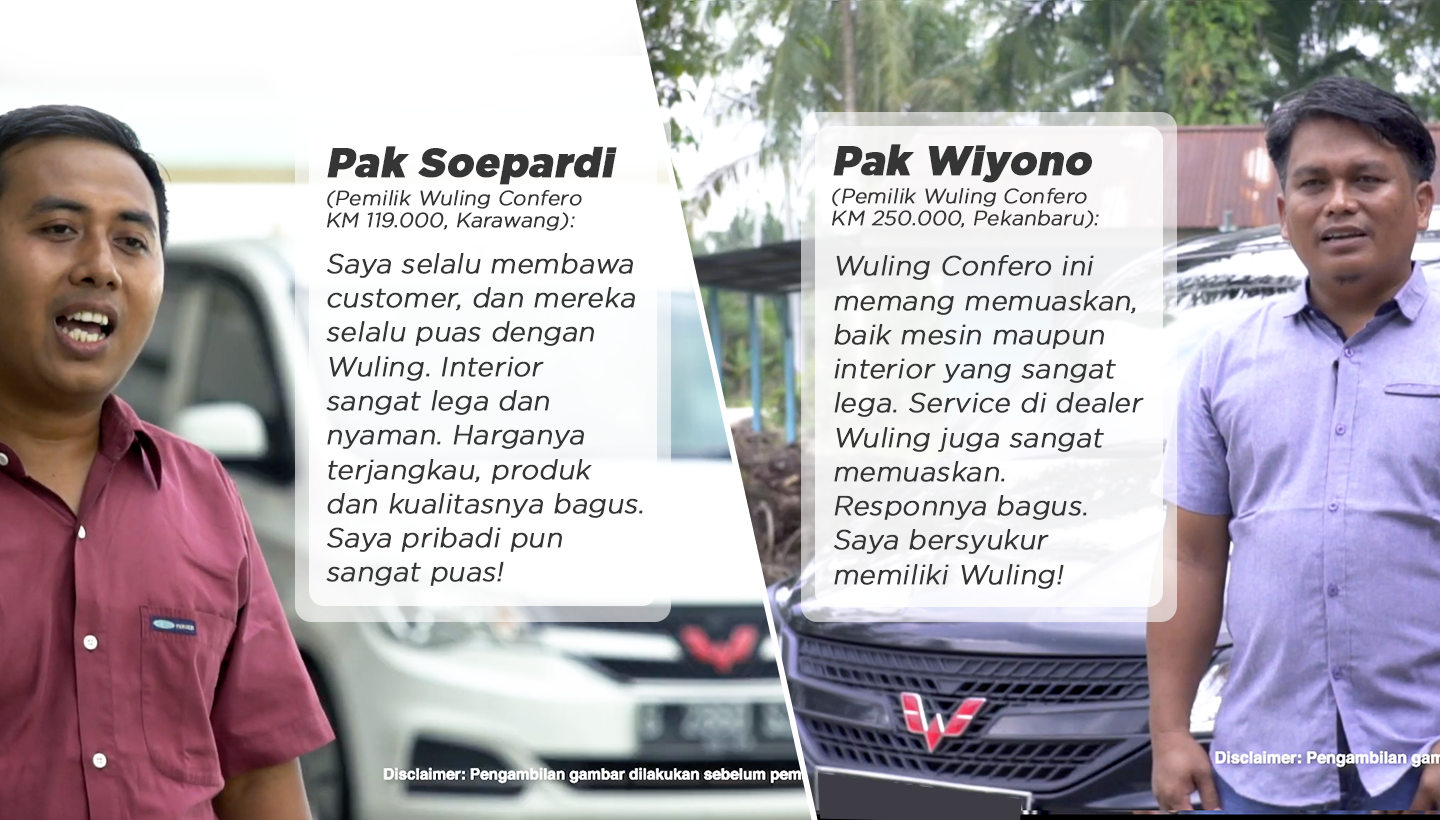 It has been 1,000 days that Wuling Indonesia started accompanying families throughout Indonesia. During this journey, Wuling has proved that its cars are able to compete with the competitors in the country. Evidently, within 1,000 days, tens of thousands of Wuling cars were sold to Indonesian customers.

During those 1,000 days, many Indonesian customers have experienced comfort and reliability that Wuling has provided and maintained to accompany their daily needs. Not only are Wuling products offered at competitive prices, but they are also coupled with abundant sophisticated features.

Suprihatin is one of Wuling’s customers resided in Lampung. He could already attest that the Wuling Confero he had been driving is on par with Japanese cars in general.

“I purchased this Confero back in 2018. At that time, I saw an exhibition at a mall. I saw its sturdy body, thick tires, and the affordable price. After 1 year of use, there was no problem in the engine. It’s also comfortable, and there is not much difference if you compared it to that of Japanese manufacturers’ in its class,” said Suprihatin.

There were almost no significant problems that were experienced by Suprihatin during his time driving a Wuling Confero. The machine was fairly strong and reliable.

“So far, I think overall the quality of the engine is excellent and is comparable to that of Japanese cars. However, I wish the suspension quality could be improved,”

Also read: Wuling Almaz Won Car of The Year at The 2019 Gridoto Award

Similarly, another customer named Sopeardi also experienced similar satisfaction upon driving a Wuling car. Soepardi drives his car daily either to go to his office or to run as an online taxi.

Sopardi wished that Wuling could further expand its business by adding more network of dealers throughout Indonesia.

“Not only that the rate is affordable, but the quality is excellent. It’s fantastic,” said Soepardi.

Wuling provides comfort in its cars. However, its after-sales service makes the customers feel even more comfortable when they have to get their car serviced at an authorized showroom.

A man from Pekanbaru who had been driving a Wuling Confero for two years felt satisfied when he had to get his car to a Wuling showroom.

“When it’s time to get my car serviced, the workshop workers are always responsive and take care of all my complaints. Up until now, there is yet to be any significant complaint, but I always make sure to do routine maintenance in the showroom. Be it oil changes or its filter, I always have them done in the showroom,” explained Wiyono.

He never second-guessed his decision of purchasing a Wuling Confero, although it is regarded as a new-comer.

“Wuling Confero has been lived up to my expectation, both in terms of machine quality and the spacious cabin. I feel very lucky to own this unit. It never fails to satisfy what I need in a car,” he continued.

Why Confero S Is the Right Choice as Your Daily MPV 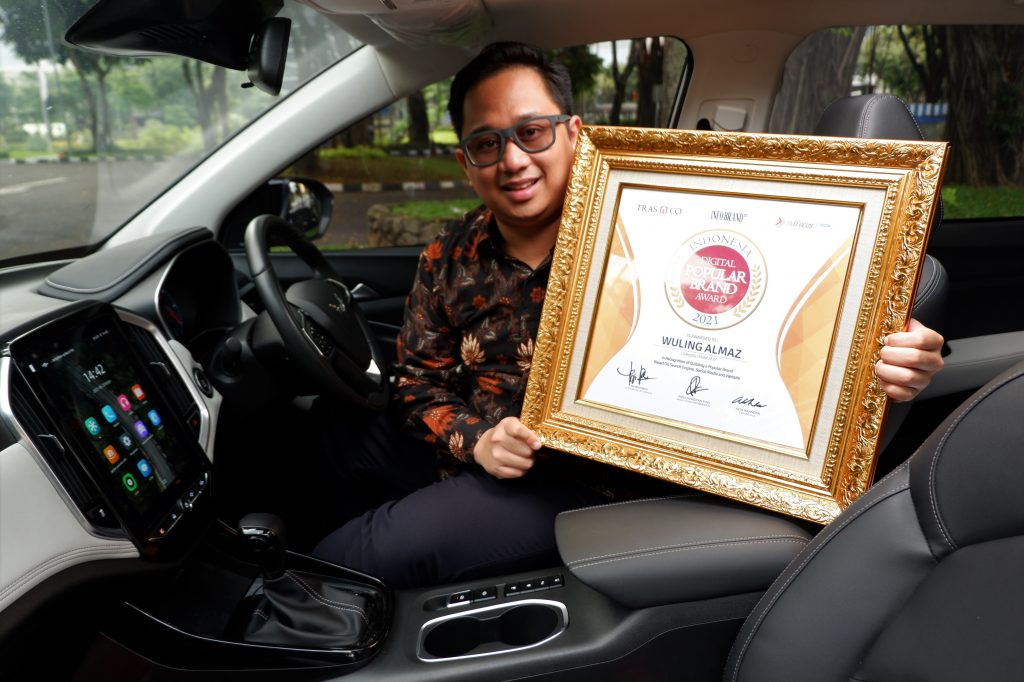 Wuling Almaz is Awarded The Indonesia Digital Popular Brand Award 2021
Through its SUV product, Wuling gained popularity in the country’s digital environment. Jakarta, June 30, 2021 – Wuling Motors (Wuling) once again received another appreciation for its SUV, Almaz, from the Indonesia Digital Popular Brand Award 2021. Wuling Almaz was chosen to be one of the
Read More 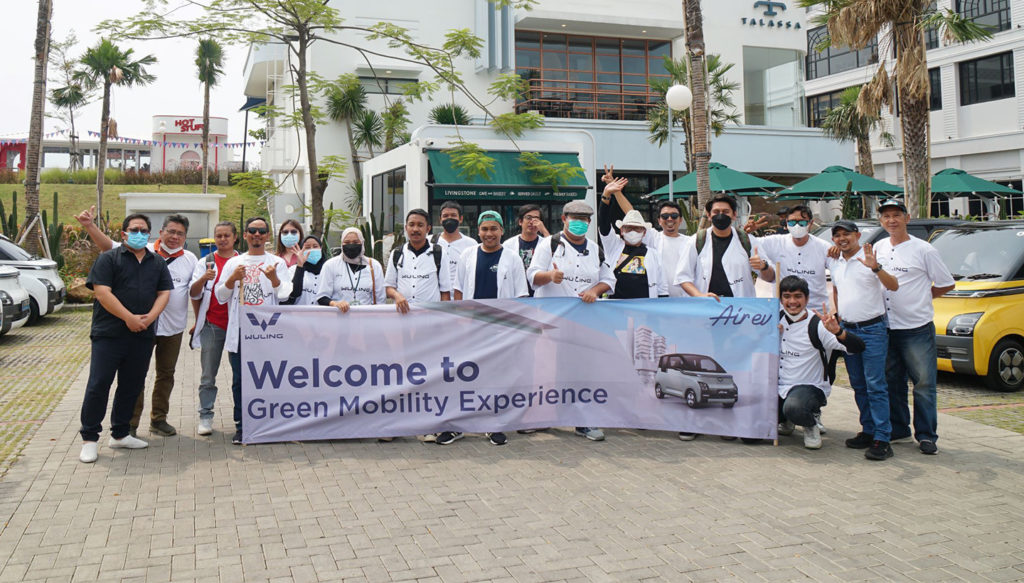 Why Confero S Is the Right Choice as Your Daily MPV