The biggest contributor for SGMW’s 2016 sales number is coming from Wuling Hongguang series. This MPV series recorded sales of 650,018 units in 2016.

SGMW has existed in China for over 15 years since established in 2002 by three strong shareholders; SAIC Motors Corporation Limited, General Motors (China), and Guangxi Automobile Group.SGMW China has grown to a modern innovative company that is always creating values for consumers. With the values of LISTEN, UNDERSTAND, and CREATE, SGMW is the first automotive manufacturer that achieved annual production of over 2 million in China and has been No.1 position in terms of sales volume for single automotive company for 11 years in China.

SGMW expanded its business in Indonesia by bringing the brand of Wuling Motors. With a total investments of USD700 million, Wuling is currently developing its factory and supplier Park in Cikarang, West Javato produce the first Wuling car for Indonesians. The factory construction progress has reached 70% by the end of December 2016and is set to launch Wuling’s first LMPV car to Indonesian public at the second half of 2017.

Routine Car Maintenance, Why Do You Need it?
See All Articles 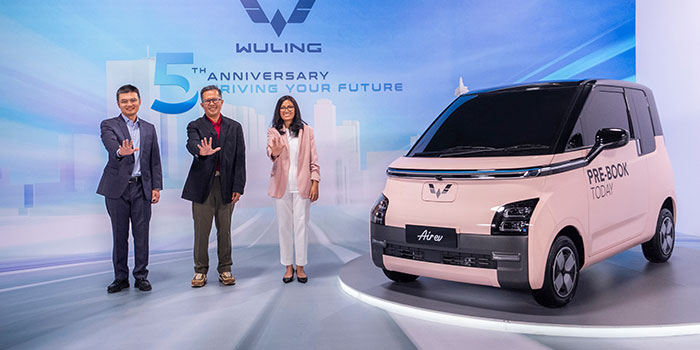 Five Years in Indonesia, Wuling Presents Air ev, Drive for A Green Life
Wuling strengthen its commitment to realizing sustainable environmentally friendly mobility for the future &nbsp; Jakarta, July 11, 2022 – Today, Wuling Motors (Wuling) marks the fifth year of its journey in the Indonesian automotive market. Along with the theme 'Driving Your Future' which
Read More Routine Car Maintenance, Why Do You Need it?
See All Articles