What makes a car a classy product? A car is said to be classy when every component in the vehicle is made in detail with the latest technology, elegant design, which in turn complement each other to bring you the best driving sensation.

It has been 2 months since Wuling Almaz was launched in Indonesia. Many of you may have tried driving the latest SUV from Wuling, or even have Almaz in the garage of your home. There is a variety of appreciation and satisfaction from those who have tried or owned Almaz.

Through some of the exterior descriptions of Wuling Almaz below, you can at least imagine how you drove without limits and were the center of attention on the road through futuristic exterior designs that were created in detail to make it look sturdy and dashing.

The LED of Wuling Almaz As the first SUV product, Wuling is not half-hearted in ‘arming’ Almaz. Tagline Drive Unlimited Way carried by Almaz is the key that Wuling Almaz comes with a myriad of advantages to provide the best for you SUV lovers. The exterior design of Wuling Almaz uses stunning design language with an Aggressive Front Grille, Integrated Future Eyes LED, and the main headlights are LED projector headlamps, as well as the sides of the dynamic parallel design language and floating roof style.

Speaking of LEDs, if you look at Wuling Almaz from the front, you can see the integrated future eyes of LED with a narrow headlight that makes Wuling Almaz look 'fierce'. Not to mention the modern style grille with embedding fog lamp and turn signal on the face symmetrically able to give a distinctive impression for Wuling Almaz. Headlamp Projector LEDs that have bright light when driving at night. Still, on the bumper, the firm curves form like the letters ‘C’ make Wuling Almaz appear dashing.

The Back Exterior Design of Wuling Almaz 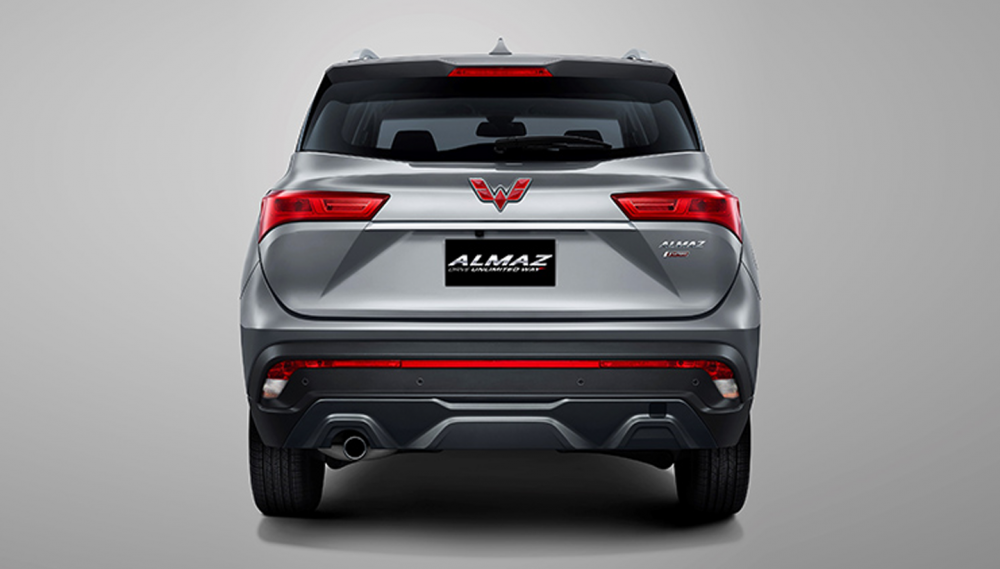 At the rear, Wuling Almaz also adopts and represents modern design through a rear bumper with reflector, a modern style stop lamp, and a single wiper attached to the rear glass. The line that starts from the Integrated Future Eyes LED in front is made fused or parallel to the rear lights. Pillar D which is given the color black makes Almaz appear with the effect of a floating roof, just like other classy modern cars.

The Side Exsterior Design of Wuling Almaz 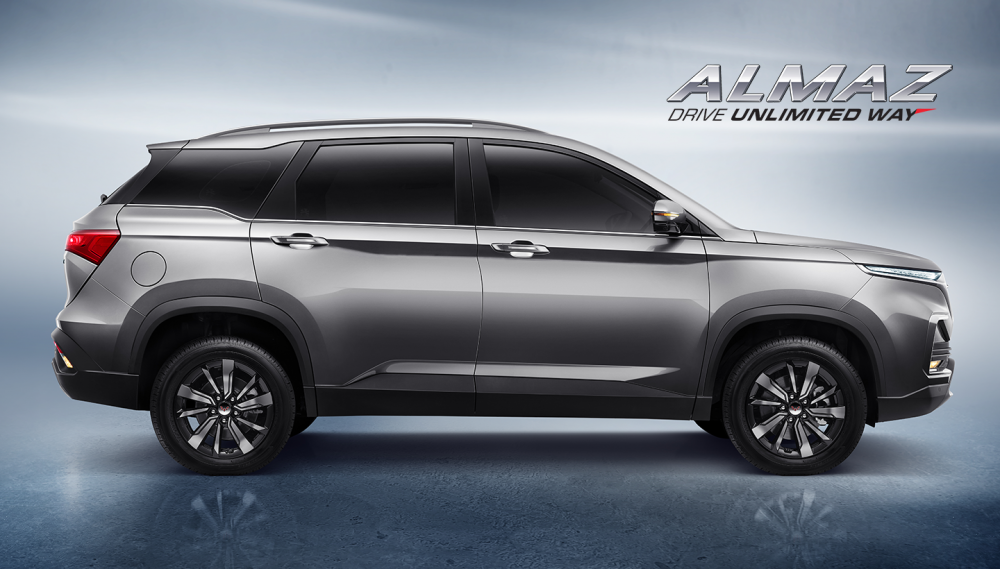 Moving to the side, you will capture the futuristic design of Wuling Almaz which is represented through 17-inch sporty wheels with soft lines that you can see on the door handle that makes Almaz look more elegant and stylish.

With the exterior appearance of Wuling Almaz, it feels like Wuling Almaz is one of the choices that are suitable for you lovers of SUVs or modern cars to be in the garage of your home. For those of you who want to get to know more closely or try to drive Wuling Almaz, you can immediately come to the nearest Wuling dealer in your city.

Your Wuling Guide to Explore Automotive Shows
Wherever you live, you must be familiar with the excitement of an automotive exhibition, especially in big cities like Jakarta, Bandung, Surabaya, Medan, and Makassar. While for other big and small cities in other areas, such as Depok, Banjarmasin, Balikpapan, Palembang, Palu, and some other, there
Read More Creating an Ideal and Comfortable Car Garage
If you own a car, you need a garage to store it. The owner of the car must have a garage and must not park outside the house. If you are interested in building your own garage then you may need some inspiration on how to create an ideal and comfortable car garage. Wuling will provide some ideas for
Read More
See more
Tag List
See All Tags
Artikel List