South Tangerang, August 2, 2018 - Wuling Motors (Wuling) participates in GAIKINDO Indonesia International Auto Show (GIIAS) 2018 with the theme of Drive, Grow, Progress. The theme depicted fromWuling's passion, development and future steps for the Indonesian market. Starting from the achievements that have been achieved in the automotive industry, up to showcasing the two special products.

“On this opportunity, we would like to appreciate all our customers that have chosen Wuling’s products and grow together. Entering the first year in Indonesia, Wuling is growing fast. Started with the launch of two MPV products, Confero series and Cortez, continued with sales and aftersales network growth that has reached 80 outlets, until the positive response from Indonesians that has brought us to be Top 10 Automotive Brands in Indonesia,” said Cindy Cai, VSSM Vice President of Wuling Motors.

The rapid growth of Wuling began on August 2 last year in Senayan City. Wuling launched its first product, Confero series, which is in the low MPV segment. The Real Spacious Family MPV has won numerous awards, starting from Indonesian Car of The Year 2017 in the category of Small MPV version of mobilmotor magazine and also Rookie of The Year OTOMOTIF Award 2018.

Six months after the launch of Confero series, Wuling brought new and better choice in medium MPV segment, which is Cortez, The New Choice of MPV. With 2 product line-ups in MPV segment, during the August 2017 until July 2018, Wuling has successfully sold more than 14,000 vehicles and more than 12,000 people have been Wuling owners. The achievement has brought Wuling to be one of the Top 10 Brands in terms of sales in Indonesia.

In addition, Wuling continues to commit by delivering the best products, experiences and services to customers through the development of an authorized dealer network of 35 outlets in August 2017 and now has reached 80 dealerships spread across the country.

In line with the big theme of GIIAS 2018, 'Beyond Mobility', and Wuling Motors 'Drive for a Better Life' spirit, Wuling responded by displaying two special products, Wuling SUV and Electric Vehicle Wuling E100, during the exhibition as a form of commitment to continue to grow and respond to world’s automotive trend.

"We will never stop growing, this is our commitment to Indonesia that we have strengthen in GIIAS this year with the theme of Drive, Grow, Progress," said Cindy. 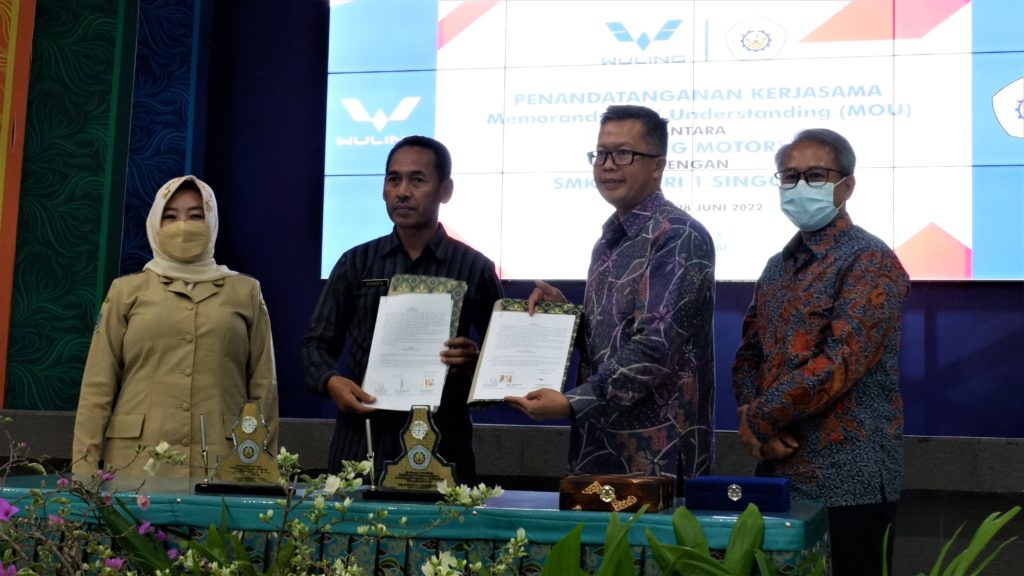