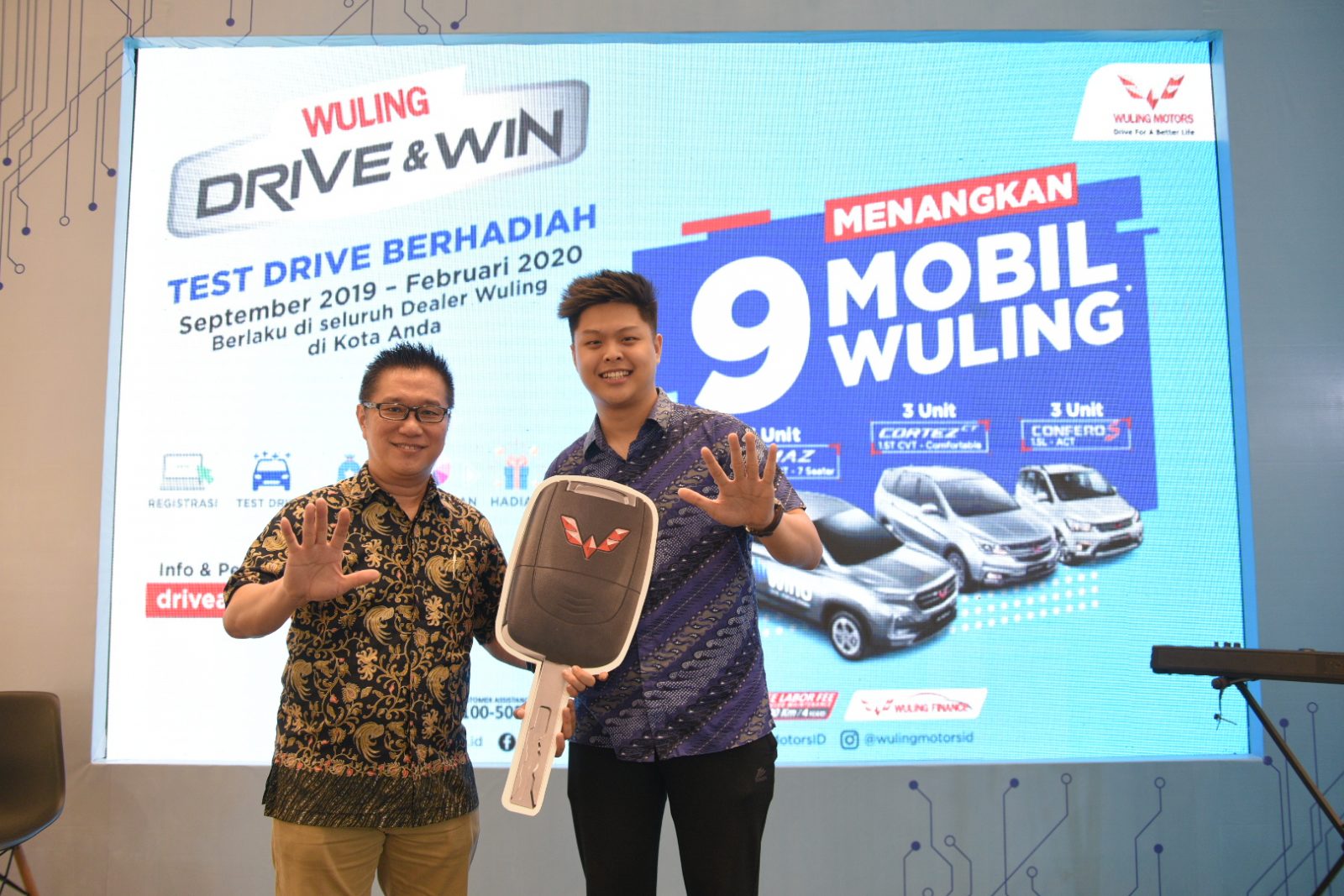 The prizes were handed over to the customers in Depok, Palu and Surabaya

Cikarang, 10 February 2020 – After announcing the three winners of the second period Wuling 'Drive & Win' at the Tunjungan Plaza 6 Atrium, Surabaya, on January 30, 2020, on Saturday (08/02) yesterday, Wuling Motors (Wuling) presented prizes in three different cities which are Depok, Palu, and Surabaya. The prizes were handed over in the form of 1 unit of Confero S ACT, 1 unit of Cortez CT Comfortable CVT, and 1 unit of Almaz Smart Enjoy 7-Seater CVT.

"At first I was informed about Wuling ‘Drive & Win’ program from Wuling Arista Depok. There, I had a chance to test Cortez CT and Almaz Exclusive, then I decided to buy Cortez CT. When I was contacted by Wuling, I didn't believe it at first, but after I checked Instagram @wulingmotorsid it was true that I won. Of course, I am very happy and told the family right away," said Raetundra Bimoadi Purwantoro, the winner of the 7-Seater Almaz Smart Enjoy CVT. 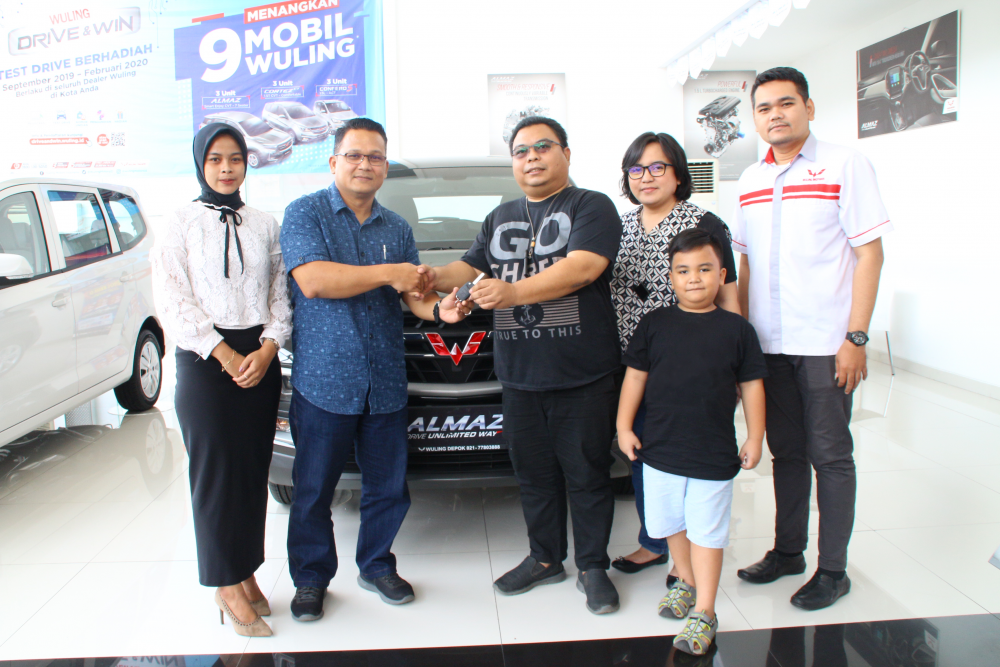 Furthermore, one Cortez CT unit was also handed over to Kamaludin A Rahman who is domiciled in Palu. The Cortez series is equipped with a 1,500cc Turbocharger engine and Continuously Variable Transmission (CVT). This Wuling Medium MPV is equipped with a variety of modern features, such as One Push Button (Engine Start/Stop Button), Keyless Entry, Emergency Stop Signal (ESS), complete safety features, and supported with classy comfort.

"I knew this program when I visited Wuling Kumala Palu. After I registered in the Wuling 'Drive & Win' program, I did an Almaz test drive. However, I finally bought Confero. I did not expect to win 1 unit of Cortez CT, "explained Kamaludin A Rahman, the winner of Cortez CT Comfortable CVT. 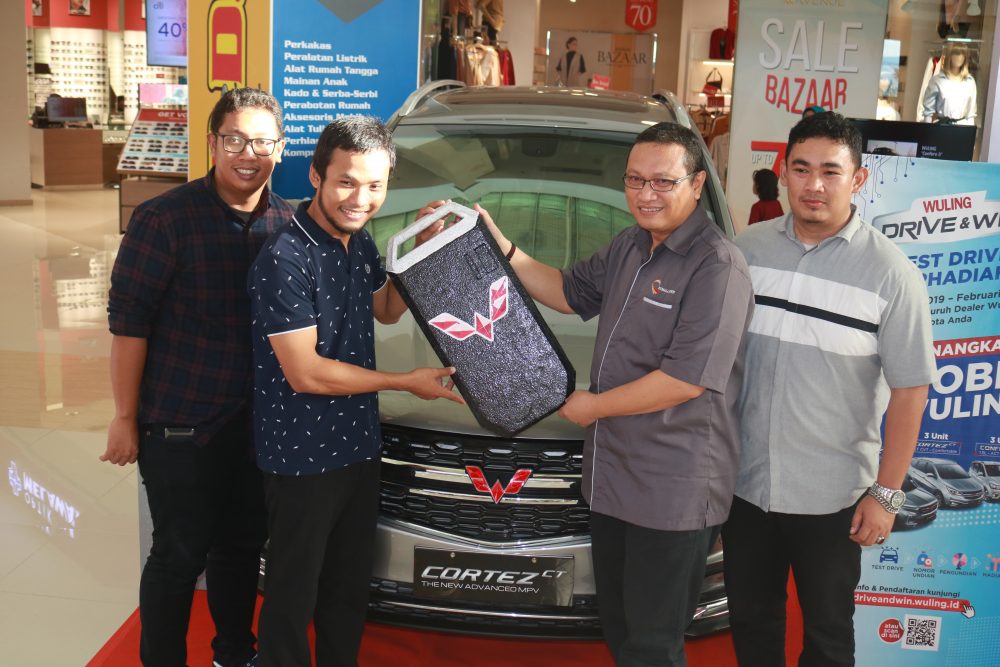 Then, Daniel Agung from Surabaya is a lucky Wuling consumer who gets the Confero S ACT. Confero S ACT is supported by e-Clutch transmission which facilitates the operation of manual transmission without the clutch pedal. In addition, this MPV is also given a touch of youthful spirit through Black Ambience With Red Stitches and Red Carbon Style accents on the door panels and head unit. 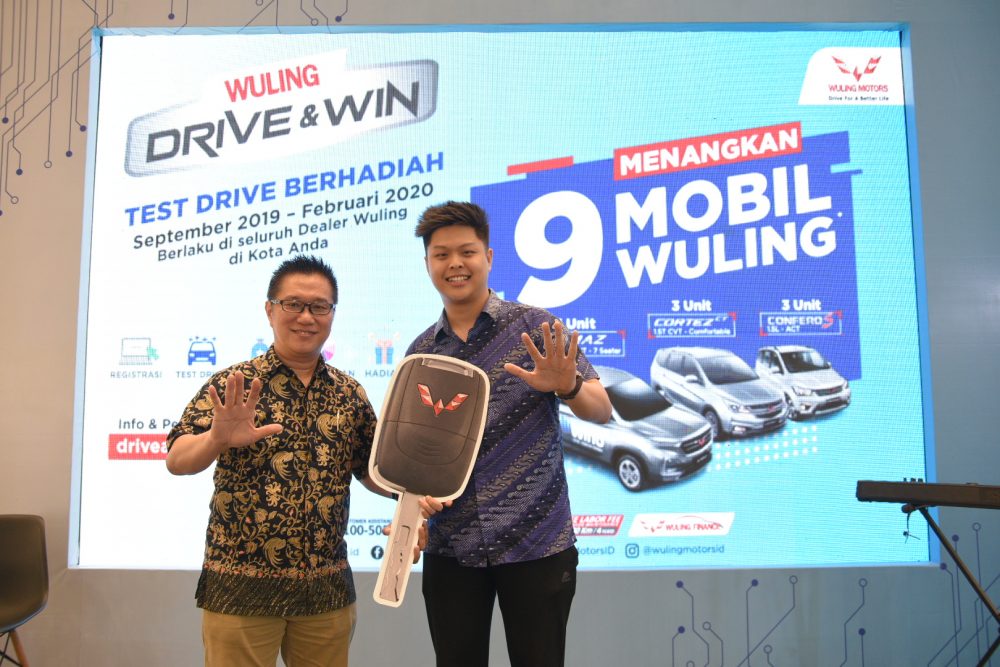 "When I visited IIMS Surabaya last year, I got information about the Wuling 'Drive & Win' program. I was very interested in Almaz, but I haven't had the chance to buy so I only did a test drive at the exhibition. I was surprised and certainly felt very happy. Wuling is the best!” said Daniel Agung, the winner of the Confero S ACT.

For additional information, the third period of the 'Drive & Win' Wuling program is still open until February 2020 and will be drawn in March 2020. "Let's participate in Wuling 'Drive & Win' program because there is still a chance to win various Wuling products in this third period. Register yourself at Drive and Win and visit the nearest dealers and events to take part in the Wuling ‘Drive & Win’ program,” said Zia Ul Rahman, Wuling Motors Marketing Strategy and Promotion Manager. Wuling Officially Partners with Gotion as One of the EV Battery Supply Chains
Building strategic collaborations to support the development of the electric vehicle ecosystem in the country &nbsp; Cikarang, 30 November 2022 – PT SGMW Motor Indonesia (Wuling) has again shown its seriousness in developing a battery-based electric vehicle ecosystem in Indonesia by
Read More 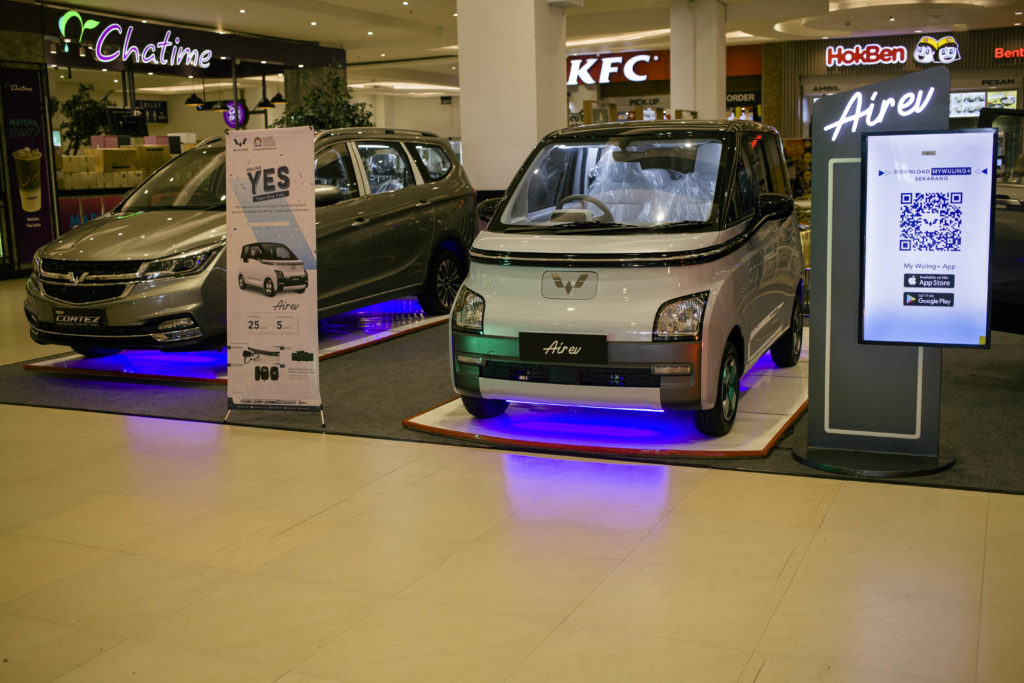