Denpasar, 9 November 2022 – Wuling Motors (Wuling) supported the grand event of the G20 Summit in Indonesia through Air ev, its first electric vehicle for the country, as an Official Car Partner. Currently, as many as 300 units of Air ev have arrived on the island of Bali and are prepared to welcome the delegations of G20 members and international organizations. There is a uniqueness that attracts the attention of the 300 Air ev units which is the use of a specially designed livery as the identity of the participation of the Wuling electric car in the international scale event. 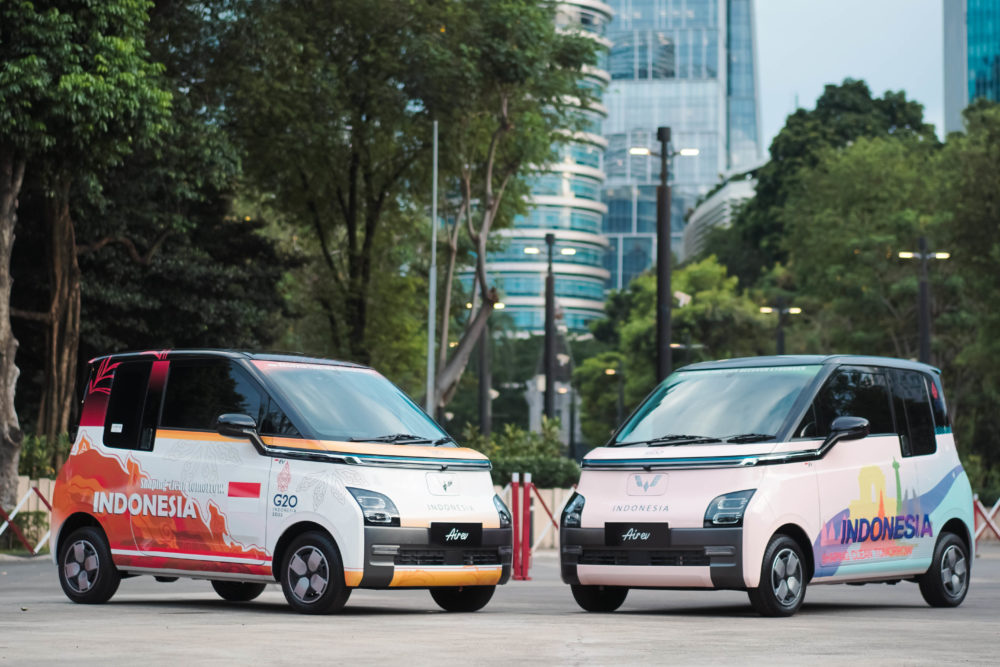 Wuling Air ev, which will serve as the official G20 car partner, is given the special livery designs to mark the participation of Wuling's first electric car in supporting the green mobility at the Bali G20 Summit. There are two different designs that adorn this compact-sized electric car. Both carry their respective meanings but are dominated with rich Indonesian touch as the presidency of the G20 Summit this time. 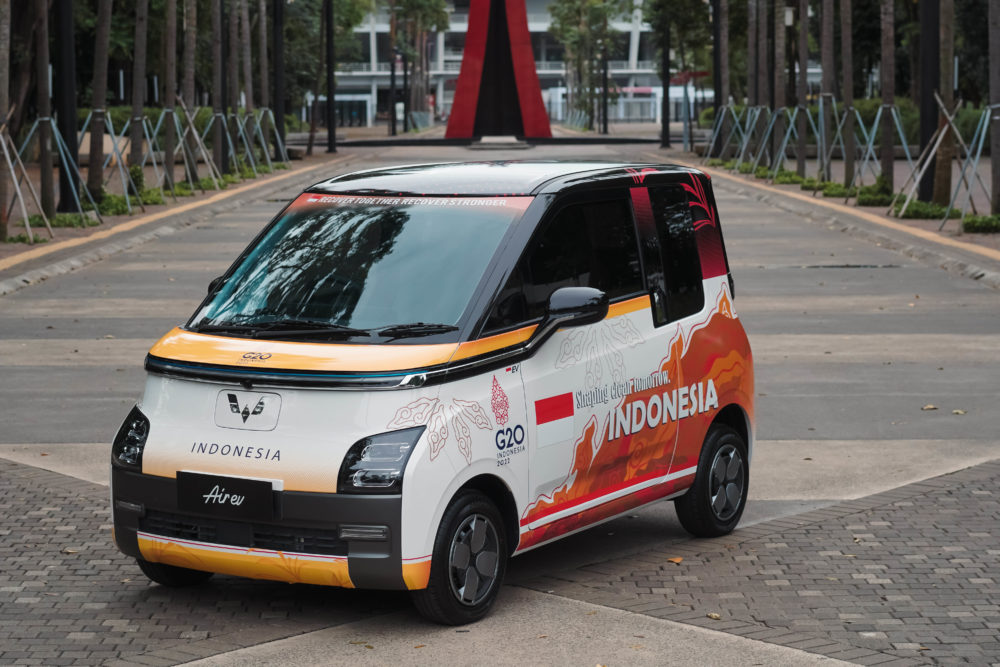 The first design for the sticker attached as the identity of the G20 Summit Official Car Partner on Air ev was taken from the Megamendung batik style. This batik pattern from Cirebon is matched with a touch of the red and orange spectrum on the body of the car and some cloud patterns on the front. One of the philosophies behind this cloud motif is freedom, friendship, and serenity. This is in line with the meaning of the name Air ev which is taken from English which means air that moves freely. 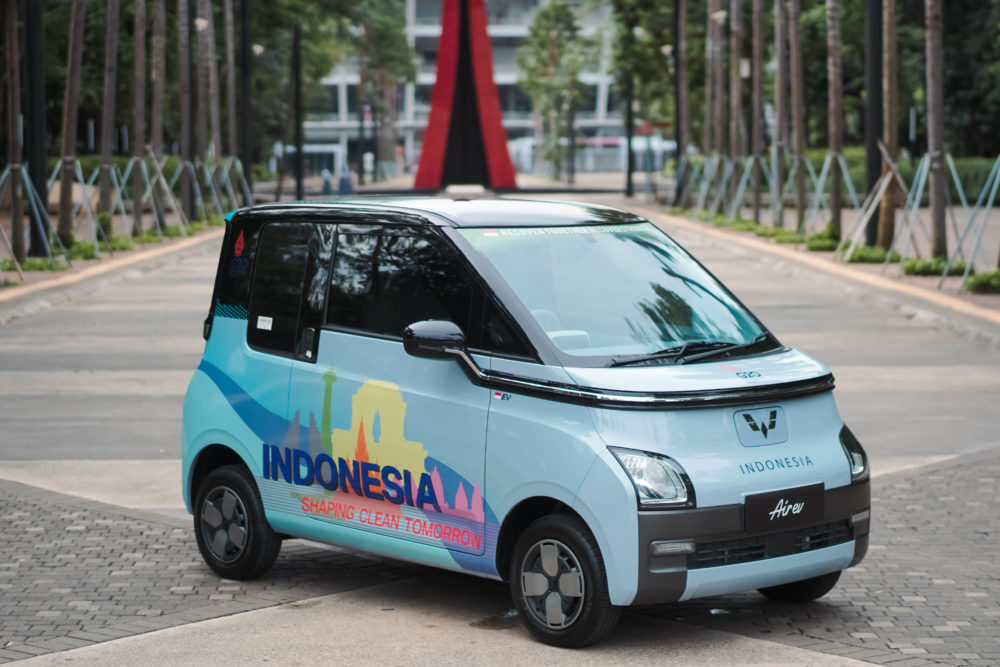 In addition to the Megamendung motif, Wuling Air ev, the official car partner of the G20, also gets a glimpse of touch that symbolizes diversity in Indonesia. It can be seen from the silhouettes of several iconic buildings in the country such as the National Monument (Monas), the Prambanan temple complex, to the Penataran Agung Lempuyang Temple. This symbolizes the unity in diversity. In addition, there is also the inscription 'Shaping Clean Tomorrow' as a spirit towards a cleaner future. 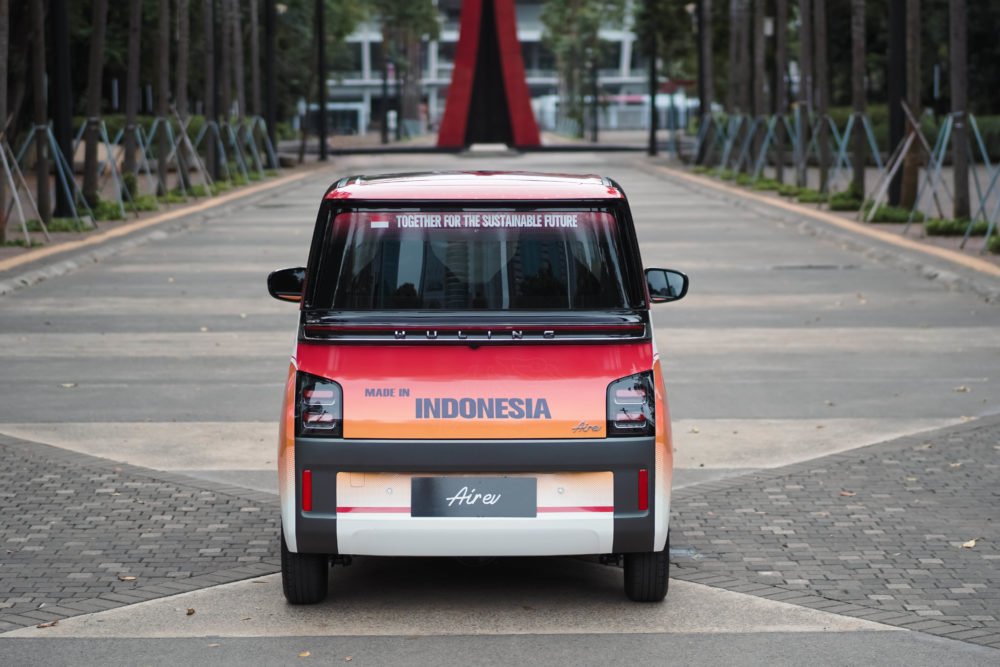 On the back, the two designs have different patterns and colors but with a similar touch of writing. First, there is the phrase 'Together For The Sustainable Future' which means that Wuling through Air ev provides environmentally friendly mobility solutions for a more sustainable future. There is also the phrase 'Made in Indonesia' which shows that every Air ev used at the G20 Summit is made at the Wuling factory facility in Cikarang, West Java by the nation's bests. 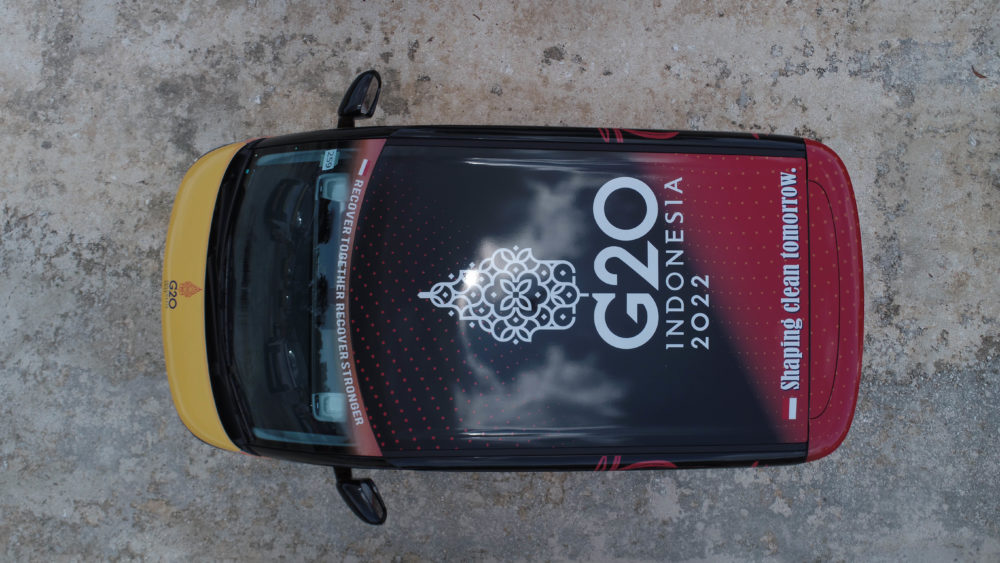 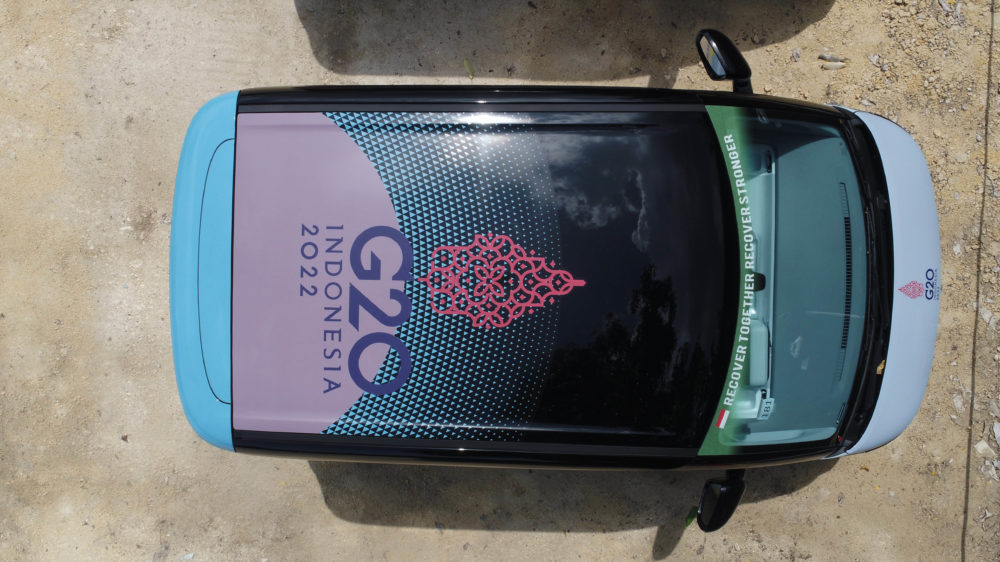 On the roof and hood of 300 Air ev units that support mobility at the upcoming G20 Indonesia Summit, there is a sticker of the main G20 Indonesia 2022 logo. Both are the identities of the Official Car Partners at this summit conference. On the windshield, there is an inscription on the theme of the G20 Summit, namely Recover Together Recover Stronger. "Our pride and commitment to support the upcoming G20 Summit is also shown through the livery design on 300 Air EV units as official car partners. Every visual design on this electric vehicle symbolizes the unity in diversity in Indonesia as the host of this international event, as well as a global vision for a cleaner future for a better life.” Dian Asmahani, Brand and Marketing Director of Wuling Motors explained. 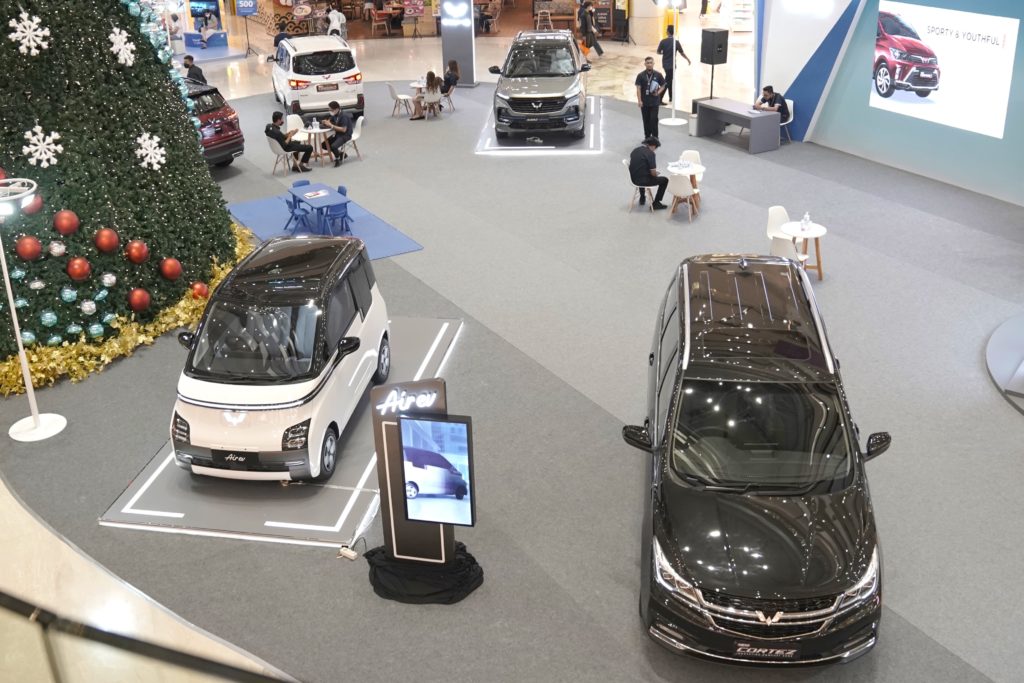 Wuling Celebrates the End of the Year with a Year End Sale (YES) Promo in Surabaya
Presenting a variety of conveniences to have Wuling's innovative product lines in the exhibition at Tunjungan Plaza 3 &nbsp; Surabaya, December 14 2022 – Towards the end of 2022, Wuling Motors (Wuling) today held an exhibition titled Year End Sale or YES which is located at the Main Atrium
Read More 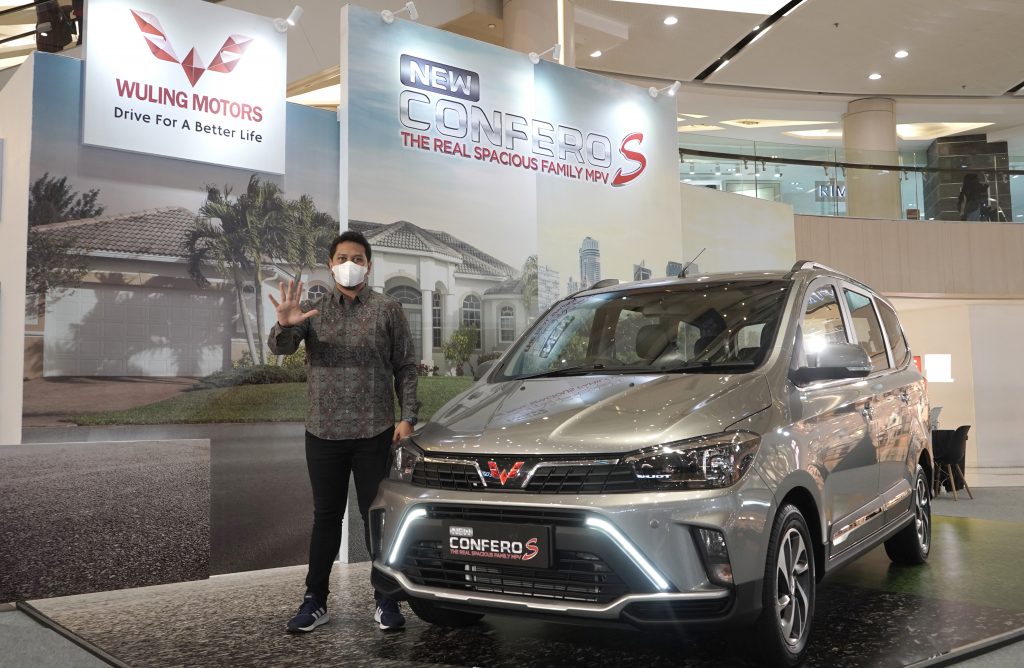