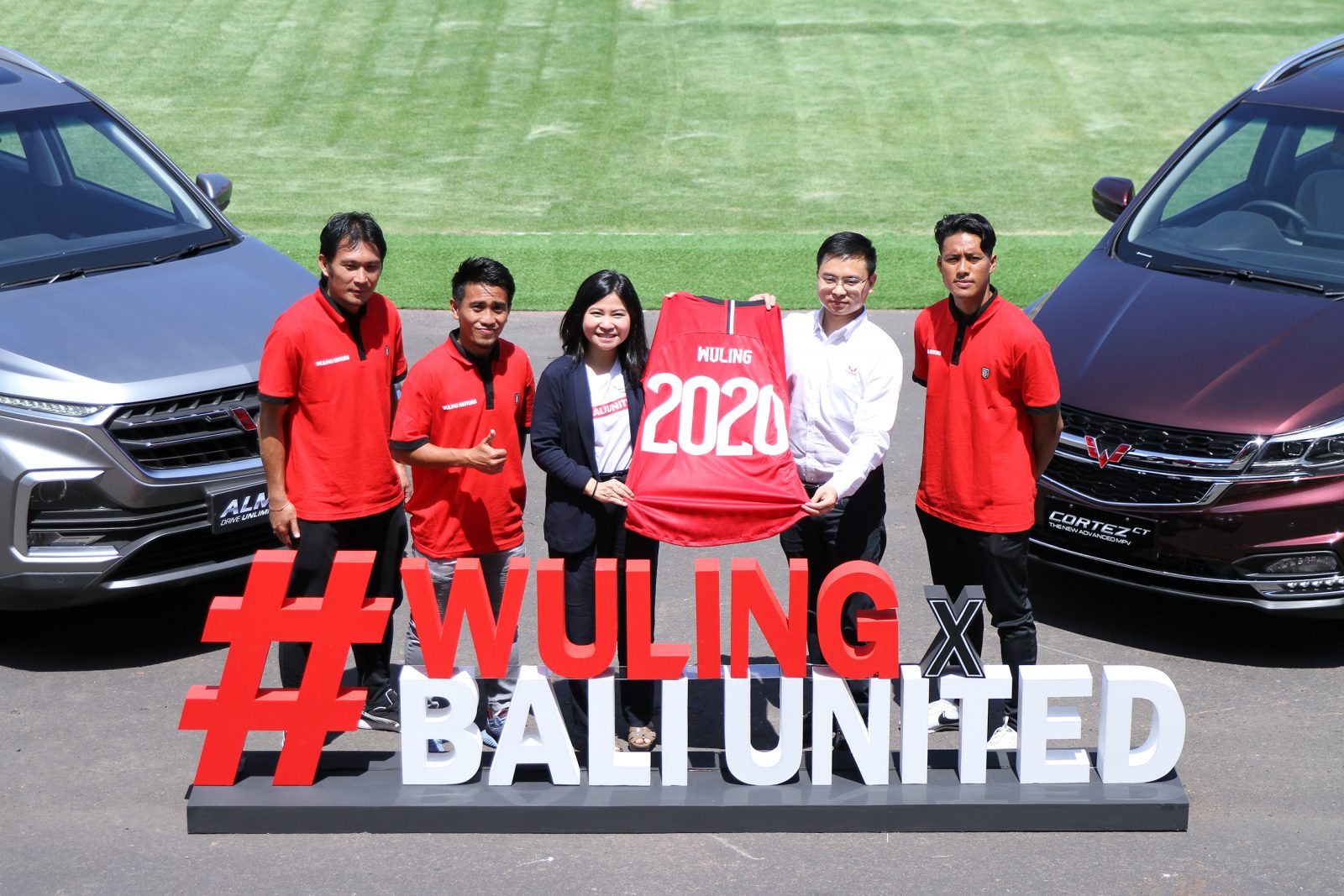 Gianyar, 24 Februari 2020 – As an expression of the spirit of Drive For A Better Life and support for the development of football in the country, Wuling Motors (Wuling) officially announced its collaboration with Bali United. The ceremony was marked by a press conference held at the Kapten I Wayan Dipta Stadium, Gianyar, Bali and this is became Wuling’s first time to sponsor a football club in Indonesia.

“It is a pleasure for us to be a part of Bali United in competing in the 2020 season. The similarity to continue to be better and the brilliant achievement of the Serdadu Tridatu encourages us to support the club who won the 2019 Liga 1 Champion. We hope that this cross-industry synergy can spur Bali United and Wuling Motors to continuously contibute goodness for Indonesia, “explained Yin Yi as Brand & Marketing Director Wuling Motors. 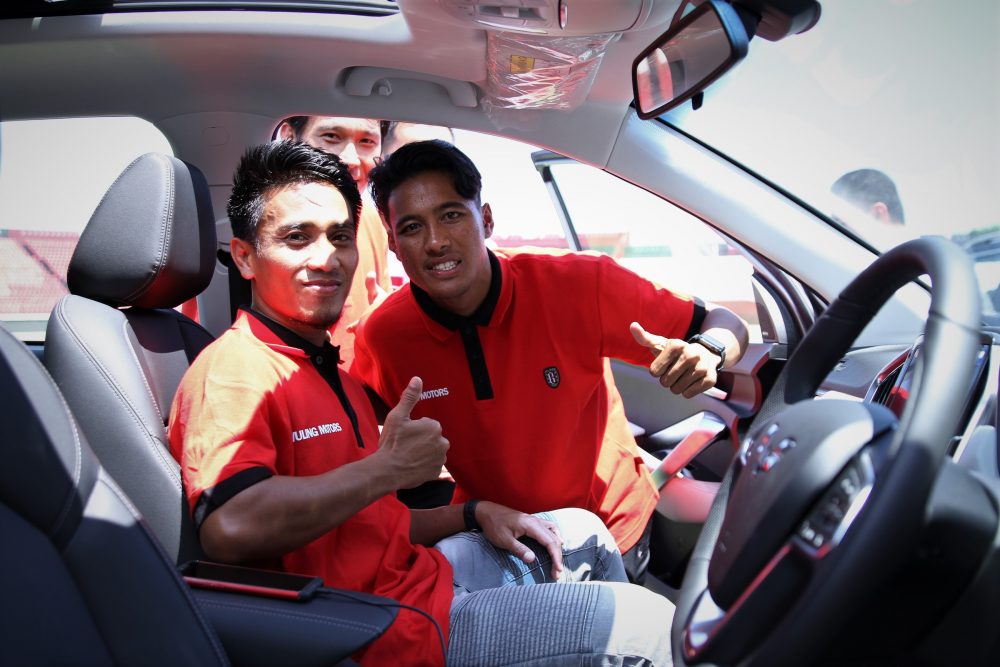 Starting in 2015, Wuling established a manufacturing facility in Cikarang, West Java, which officially began operating in 2017. Until now, Wuling has marketed four products for consumers in Indonesia, consisting of the Confero series which is Wuling’s first MPV, the Cortez series that is of the Medium MPV segment, Formo for the Light Commercial Vehicle market, and Almaz, Smart Technology SUV. Various awards in the Indonesian automotive industry were also successfully achieved by Wuling, one of which was through Almaz that was awarded the 2019 FORWOT Car of the Year and the 2019 Gridoto Award Car of the Year. Wuling has also exported to a number of countries in Southeast Asia and Oceania to expand foreign markets. This time, Wuling has taken a strategic step to support Bali United and has the privilege of placing a logo on the front of the official Bali United jersey for 2020 season. In line with Wuling’s journey, Bali United began its participation in the country’s football world in 2015. Then, in 2019, Bali United became the first football issuer in Southeast Asia to be officially listed and traded on the Indonesia Stock Exchange (IDX). Still in the same year, Bali United recorded a glorious achievement by winning a title in the 2019 Shopee Liga 1. Not only that, Serdadu Tridatu also spread its wings on the international scope by becoming one of Indonesia’s representatives to compete in the 2020 Asian Football Championship (AFC) Cup. Bali United’s Director of Marketing & Business, Putri Paramita Sudali, welcomed positively the support given by Wuling Motors. “We appreciate Wuling for supporting us in the 2020 season. As one of the players in the Indonesian automotive market, we believe that Wuling can continue to grow in Bali and throughout the archipelago. The collaboration is established due to the spirit of synergy to move forward for the better through various innovations. ”

PT SGMW Motor Indonesia (Wuling Motors) was officially established in Indonesia in July 2017. The company’s long-term commitment is demonstrated through the inauguration of its 60-hectare factory and Supplier Park in Cikarang, West Java. The first product from Wuling Motors, the Confero series which was launched in August 2017, has been awarded the 2017 ICOTY in the small MPV category, the 2018 ICOTY Best Value for Money category by Mobilmotor Magazine, and the 2018 AUTOMOTIVE AWARD for Rookie of The Year. Moreover, Cortez which debuted in February 2018 won the Best Medium MPV award at the 2018 ICOTY by Mobilmotor Magazine, and the Best Total Cost Ownership Medium MPV at the 2019 Gridoto Award. Cortez CT also won the Best of Medium MPV Gasoline from the 2019 AUTOMOTIVE AWARD and Best Medium MPV at the 2019 Gridoto Award. Wuling Motors also presented its first Light Commercial Vehicle (LCV) product through Formo which was introduced in November 2018. Wuling’s fourth product, Smart Technology SUV, Almaz, was launched in February 2019 and has won various awards. Starting from the 2019 Innovation Appreciation in the Technology category by Koran Sindo and Sindonews.com, the 2019 Carvaganza Editors’ Choice Award, the FORWOT Car of the Year 2019, as well as the Car of the Year and Best Medium SUV from the 2019 Gridoto Award. Wuling Motors is committed to continuously bring products and services that suit the needs of Indonesia people. 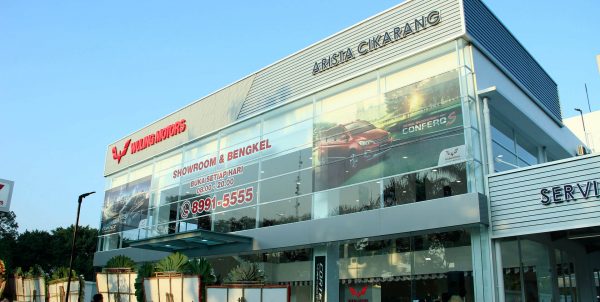