In Indonesia, a car with a capacity of seven passengers is indeed more popular because it can accommodate more people. For this need, Wuling has adapted to present products that are suitable for Indonesian at friendly prices on the latest SUV, Wuling Almaz 7-Seater.

Wuling first launched the 5-seater version of the Almaz. Realizing that, Almaz was in great demand by Indonesians, a 7-seater variant emerged. The price of Almaz 7-Seater is quite surprising.

This 7-passenger SUV is offered from IDR 266.8 million for the lowest variant that carries a manual transmission. Meanwhile, the price of the Almaz 7-Seater Smart Enjoy with automatic transmission costs IDR 278.8 million.

The most expensive is the Exclusive 7-seater type, which costs IDR 341.8 million. Compared to its competitors, the price of the Almaz 7-Seater is still relatively affordable. This can be compared to how usually a turbo-engined SUV with a capacity of 7 passengers are priced above IDR 400 million, even some are nearly IDR 500 million.

Worry not, Almaz 7-Seater is different, as you can purchase one with less than IDR 350 million. Low prices, however, don’t mean cheap quality cars. Even though it is fairly affordable, Almaz is equipped with a myriad of advanced features, which its competitors don’t even have.

The Exterior of Wuling Almaz 7-Seater

From the exterior appearance, the sophistication of Almaz’s features can be seen from the LED lights that are arranged to resemble narrowed eyes. The design makes Almaz seem futuristic. In addition, the projector lamps of this car already utilize an LED system. The front grille also comes with an aggressive appearance.

At the rear, there is a chrome-plated exhaust for the 7-seater variant. As for the wheels, it has two colors measuring 17 inches. Especially for the 7-seater model, the rear bumper has a new design.

The Interior of Wuling Almaz 7-Seater

Once you open the car, you are greeted with contemporary interior design. This can be seen from the use of leather on the seat upholstery, accompanied by neat stitching and the combination of two-tone colors on the dashboard and door trim. The steering wheel is similar, for the Exclusive type it is already wrapped in leather.

In the middle part, there is a 10.4-inch entertainment screen, which is arguably the largest in its class. This large entertainment screen contains various information as well as a music player with Bluetooth and AUX connection, connection to cell phone, Wuling Link, air conditioner control, audio settings, window and door control, a 360 camera display, and a Tire Pressure Monitoring System (TPMS).

Wuling Almaz 7-Seater is also suitable for a long-distance trip. There are many compartments in the car for you to store your bags.

Also read: How Each Wuling Almaz Differ With Each Other?

The Engine of Wuling Almaz 7-Seater

Regarding the engine, this SUV is fairly tough, thanks to the engine with a capacity of 1,451 ccs, DOHC, DVVT with a turbo so that it can produce the equivalent of 140 horsepower at 5,200 rpm and 250 Nm of torque at 1,800-3,600 rpm. The engine is paired with a CVT transmission with 8-speed manual stimulation and a 6-speed manual transmission version.

Getting to know the Wuling Air ev Variants, a Modern Mobility Solution

Workshops: Choose Only the Affordable and Reliable Ones
See All Articles

Window Film, Need or Not?
Looking at cars moving around us, seems all of them use window film. Even some are so dark that you can’t see what's inside. What is the actual function and the regulation on the use of window film? Functions of Window Film The use of window film nowadays is not only as accessory. But, there
Read More Easy Way to Clean the Front Grille
Having a clean car is everyone’s dream, it sure is a satisfaction to see the car shining without any spot at all. There are owners who wash their cars with their kids to spend more quality time, and there are people who would rather wash their vehicles at the Car Wash with no hustle. But
Read More 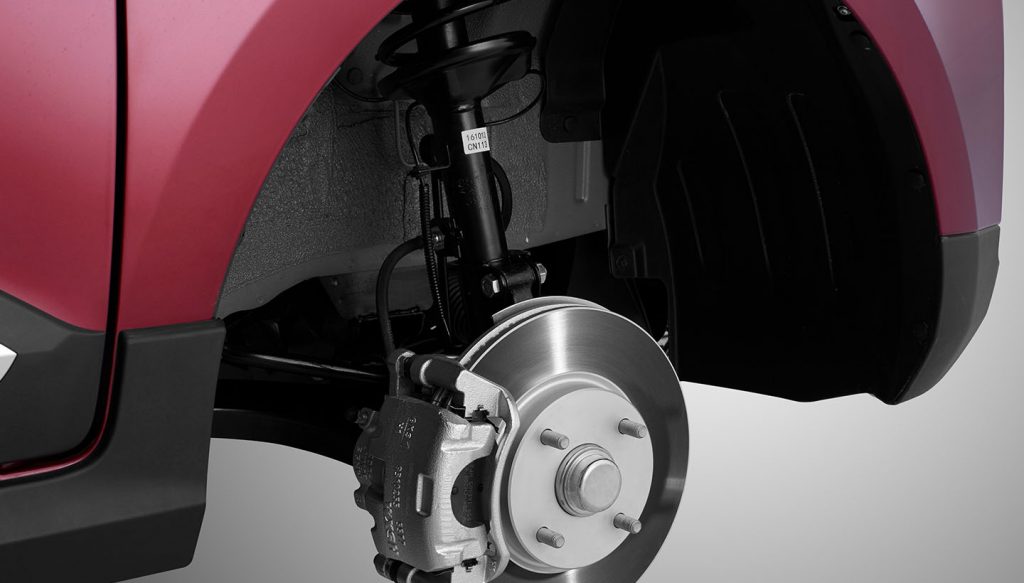 Car Shockbreaker Functions and How To Care for It
A shockbreaker is one of the car components that can provide comfort to a car. It has a different service life for each car, depending on how the car is used. Especially if the car is often used on uneven roads, the shock breaker will be easily damaged and its life will be reduced. When the
Read More
See more
Tag List
See All Tags
Artikel List

Getting to know the Wuling Air ev Variants, a Modern Mobility Solution

Workshops: Choose Only the Affordable and Reliable Ones
See All Articles