How to Install and Use Car Reversing Camera? 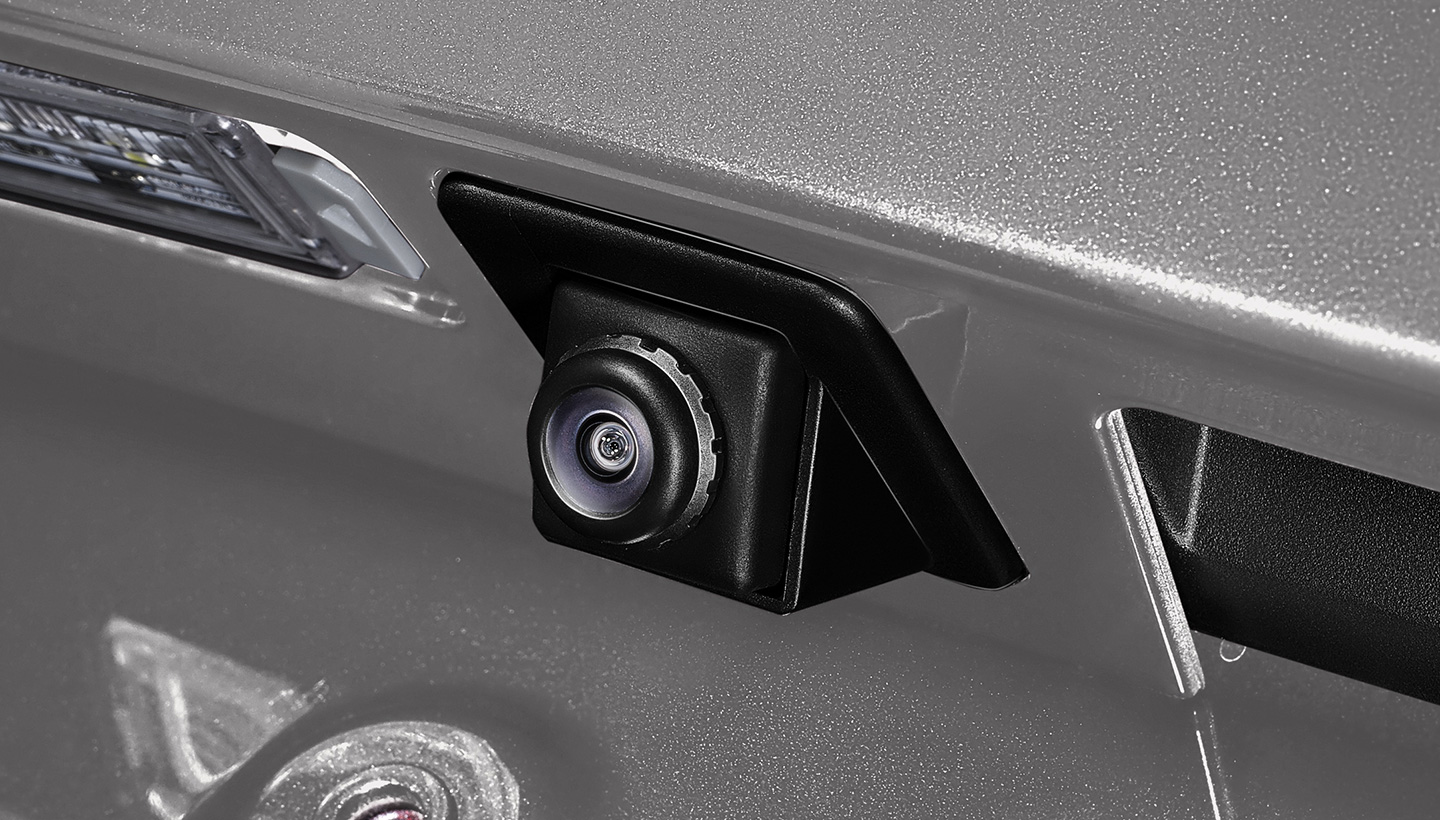 Parking a car can be safer and easier if you use the car's reversing camera feature. As the name suggests, this camera is located on the rear bumper of the car which will provide visuals behind the vehicle. This is very important to prevent the vehicle from hitting an object when going backwards or parking.

It is undeniable that parking a car is something that not everyone can do well. Therefore, currently car manufacturers have innovated by adding a camera on the back of the vehicle which will be very useful when the car is going to reverse.

A reversing camera or also known as a rear camera is one of the devices that really supports the ease of driving. This camera is connected to the screen on the dashboard of the car which will visualize the situation behind the vehicle in real time. This device will certainly make it easier for the driver to see the condition of the back of the vehicle without even having to turn around.

For more details about what the function is and how to set this reverse camera, let's see the explanation below. You need to know that a reversing camera is not the same as a parking sensor. Parking sensors will only give a signal in the form of sound when the vehicle detects an approaching object. However, the reversing camera or rear camera can visualize the rear of the car in real time through the screen on the head unit.

Installing a reversing camera on a car will provide many advantages for the driver. This is because the presence of this rear camera has many functions, one of which is to make it easier when you want to park the  car. With a reversing camera, you can monitor the rear of the car better.

Several types of reversing cameras are now also equipped with more advanced features. For instance, being able to detect the distance to objects around the car. When the reversing camera detects that the rear of the car is too close to the surrounding object, it will give a warning in the form of a red color on the head unit screen.

The function and usability of installing a car reverse camera is not only useful when parking the car. It is also useful for knowing the conditions behind the vehicle when driving on the road, for example when there is a traffic jam. In this way, you can always maintain a safe distance surrounding your car, especially when the road is jammed.

Do take a note, however, that even though it has been equipped with a reversing camera, the driver of the car still needs to look and look in the rearview mirror when he wants to back up or park the vehicle. This is to maximize the area that can be seen by the driver's eyes so they can drive more safely and comfortably. The reversing camera will work when the shift lever is in the R or reverse position. In such circumstances, the display on the head unit screen will automatically change to display the conditions behind the car. Each type of reversing camera has a range that varies from 3 meters to 5 meters.

When the reversing camera function is active, the sound produced by audio functions such as a DVD player, TV or radio will be temporarily lost. This is so that the driver can focus more on monitoring the head unit screen when reversing the vehicle.

The presence of a reversing camera is very useful for drivers because it can help reverse the car more safely and comfortably. The existence of this reverse camera can also minimize the occurrence of accidents due to blind spots because the driver can monitor the rear area of ​​the vehicle more broadly. How to Install a Car Reverse Camera

Some of the latest types of cars are already equipped with a reversing camera feature. However, for those of you whose car is not equipped with this feature, you can install your own rear camera device.

Actually, how to install a car reverse camera is not too difficult. It's just that there are some important things you need to pay attention to. To find out how to install a reversing camera on this car, consider the following steps: 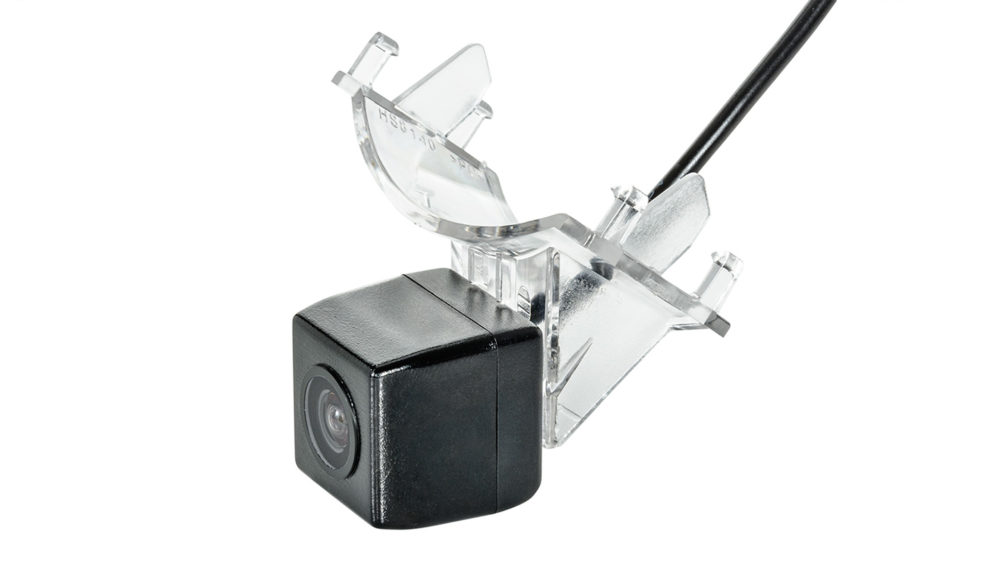 1. Set up a proper reversing camera

The first step if you want to install a reverse camera on your car is to choose a device that fits your car. To simplify the installation process, it's a good idea to choose a rear camera that is equipped with a bracket. 2. Extend the cable from the monitor

After the reversing camera is ready, then prepare the cable that is connected from the monitor screen to the vehicle head unit. At this stage, you also need to install a power camera and an LCD screen that is connected via a reserve switch. The goal is that when the car is in reverse gear, the camera and LCD will automatically turn on. 3. Open and Close the Back Door

The next stage of how to install this car reversing camera is that you need to open the back door. The trick is to release the lock which is made of plastic material. 4. Connect the camera cable with the cable from the LCD screen

After the lock on the rear door cover is open, then immediately connect the car reversing camera cable with the video cable coming from the LCD direction. You can take the power cable from the reverse lamp or stop lamp. In order for the rear view camera to be maximized, then you need to make sure that the position is right. Usually the most common reversing camera position is above the vehicle number plate. To find out the exact position, you can check directly on the LCD screen located on the head unit. If the position of the car's reverse camera is appropriate, then immediately install the device so that it does not shift. You can use double-sided tape, screws or a cable to attach the reverse camera properly.

A car reversing camera is a very useful device for convenience and safety while driving. Currently, many car manufacturers have embedded a reverse camera feature, one of which is the New Cortez. This latest car is equipped with a rear camera parking camera feature with steering guidelines which will ensure the driver can park the car more safely and comfortably.

Get Closer To Wuling with My WULING + Application

4 Tips for Caring for A Turbo Engine on A Car
Many turbo engines are now pinned on factory-built car engines, including the Wuling Almaz, with a turbo engine, the driver can feel the sensation of more aggressive driving performance. However, no matter how sophisticated your vehicle engine is, if you do not do good periodic maintenance, it will
Read More

Choosing the Right Tyre for Your Car
Tyre is one of vital car spare parts. The following are some important functions of a tyre: To support weight. To carry on energy from car engine. To proceed with wheel function. Air pressure within a tyre is aimed to support curb weight, luggage and passengers To carry on motion
Read More

5 Reasons Why You Should Consider Buy Wuling Cortez CT
It is evident that MPV cars have their place in the hearts of the Indonesian people. You may notice that many MPVs are offered in the country’s automotive market. Likewise, Wuling also offers its flagship MPV, namely Cortez CT, for families in Indonesia. This MPV offers a range of advantages
Read More
See more
Tag List
See All Tags
Artikel List

Get Closer To Wuling with My WULING + Application