For families of Wuling who were born before the '90s would still remember futuristic films such as Back to the Future or Knight Rider; how machines created by future humans can be so sophisticated that they can make humans fly, transform into robots that can resemble humans, and able to drive without touching the steering wheel.

Do you know that today, entering the year 2018, these things might even be closer to reality? Nowadays Siri or Alexa are no stranger to us; Siri, the voice assistant developed by the Cupertino, US-based technology corporation giant, Apple Inc. Using it is pretty easy—you only need to say “Hey, Siri” in front of your iPhone and the machine will respond and ask you if there’s anything to help. It will respond to all of your questions, even connecting you to search engines in the Internet.

There are many things you could ask, such as the price of movie ticket, the current score of your favourite football match, even to the trivial questions such as today’s weather.

Alexa functions similar to that of Siri, but it is more integrated with your everyday tools. She was created by Amazon. Yes, the Amazon where you can do online shopping. The difference is that they embed the Alexa system in their advanced device, that is Echo.

In its simplest form, Echo is a speaker tube. But, for Echo and Alexa to work, these machines have to be connected to your Internet connection at home and your other devices as well, such as TV, lamp, thermostat, even your door lock. The way it works is similar to Siri, simply call its name and give it a command then it will do as you wish, try “Alexa, turn off the light,” then in an instant the lamp connected to your home internet and Echo will turn off. The command that you need to tell Siri or Alexa must be spoken in English, but there’s a possibility that Indonesian will be accommodated for these machines.

How exactly do these cutting-edge devices work? This is what people call Machine Learning. The algorithm embedded by the engineers enables the machine to learn new things just like babies growing up. Every sentence addressed to these machines will be recorded to the server which works like its central brain system. Interesting, isn’t it? Then what’s next? This technology was started being developed and embedded in transportation systems to enable the auto-pilot function. One of those being cars.

The development was actually started in the 1920s, but it was the first time there was a real result in the 1980s through the Navlab project run by Cernegie Mellon University. Then in 2013 state laws started to regulate the permit on the operation of automated cars, i.e. in the 4 states of the United States; Nevada, Florida, California, and Michigan. The most basic requirement is the assurance of the vehicle’s ability to avoid any crash or from causing any injury—hence the sensors become one of the most important factors in the manufacture of this kind of cars.

When moving, the car should be able to keep the distance not only with the car in front and behind it, but also with its surroundings such as pedestrians, cyclists, buildings or roadblocks on both right and left side of the road, and so on.

Then the ML technology has also begun to be implemented into today’s cars to make futuristic impression can be increasingly felt—by just calling and giving orders then the machine can directly function and communicate with humans/riders.

If you still recall the Knight Rider series from our childhood days, you must still remember the scene when the actor, Michael Knight (starred by David Hasselhoff), spoke with his car engine, named KITT. With a command phrase, then KITT would be automatically activated—for example, "KITT, go now!" Or "KITT, speed up!"

So, what's in it for us using this kind of technology? Some positive values for example, driving could still be made possible during any situation or conditions; such as being sick and having to go to the hospital alone, while on the road but you are sleepy, or when you have to open your laptop and work while driving (multi-task) with the utmost purpose of making our lives much easier.

The danger, however, if these machines would be much smarter and were able to deceive humans. For the sake of a better life, let’s make use of the positive side of technological developments, but make sure that we are not to depend on the advancements that make our lives easier so that we can keep ourselves one step ahead. 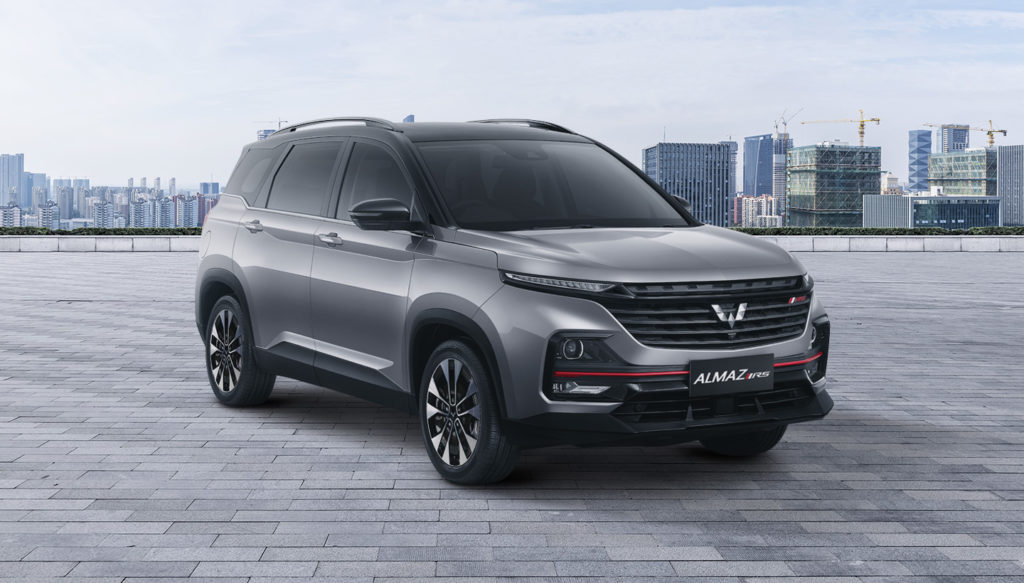 4 Excellent, Full of Ease Features of Almaz RS
Good news for Wuling car lovers because Almaz RS is able to provide you with many conveniences. Not only comfort features, but this car is also equipped with various safety features that ensure the safety of users when driving. Almaz RS is one of the best products made by Wuling Motors which is
Read More Ins and Outs of Car Spare Parts
When you have a car, of course, you want the car to remain in a good condition. Efforts to maintain car performance can be done with routine service maintenance and several car spare parts are important to be replaced regularly. Routine maintenance is highly recommended because it can prevent
Read More

5 Reasons Why You Should Consider Buy Wuling Cortez CT
It is evident that MPV cars have their place in the hearts of the Indonesian people. You may notice that many MPVs are offered in the country’s automotive market. Likewise, Wuling also offers its flagship MPV, namely Cortez CT, for families in Indonesia. This MPV offers a range of advantages
Read More
See more
Tag List
See All Tags
Artikel List