Bali, 12 December 2020 – Wuling Motors (Wuling)'s support for Bali United as one of its main sponsors continues in the form of handing over 5 (five) units of Wuling's product line to a football club called Serdadu Tridatu. The Handover Ceremony was held symbolically at the Bali United Office in Jakarta which was attended by Wuling Motors Brand Director Yin Yi and Bali United Chief Executive Officer Yabes Tanuri. The handover of the unit was continued by representatives of the Hanawa Group and Kumala Group as Wuling dealer partners in Bali to the representatives of Bali United, which took place at Lapangan Banteng, Kuta, Bali. 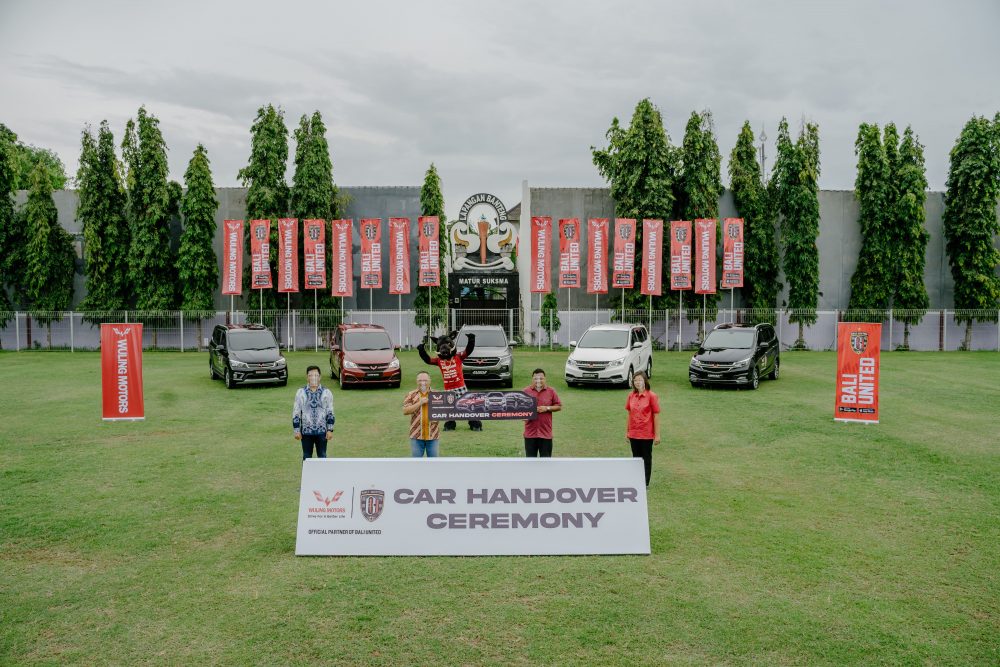 "We are honored to continue support Bali United this time by handing over five units of the Wuling line of vehicles. This is based on our commitment to continue to encourage and walk together with Bali United in the midst of the difficult times. In the future, I hope Indonesian football industry can recover and the cooperation between Wuling and Bali United will be even stronger to provide the best for Indonesia," Yin Yi, Wuling Motors Brand & Marketing Director explained.

Five units of the Wuling product lineup that were presented at the ceremony includes the Smart Technology SUV, Almaz, the 'Drive Unlimited Way' Exclusive 7-seater. Not to forget, two units of Cortez CT series "The New Advanced MPV" which carry a 1,500cc turbo engine with CVT transmission, each include one unit of the Cortez CT type L 7-seater and Cortez CT type S 7-seater variants. In addition, there are also 2 units of vehicles from the Confero series 'The Real Spacious Family MPV' which include one Confero S type L unit and one Confero unit. 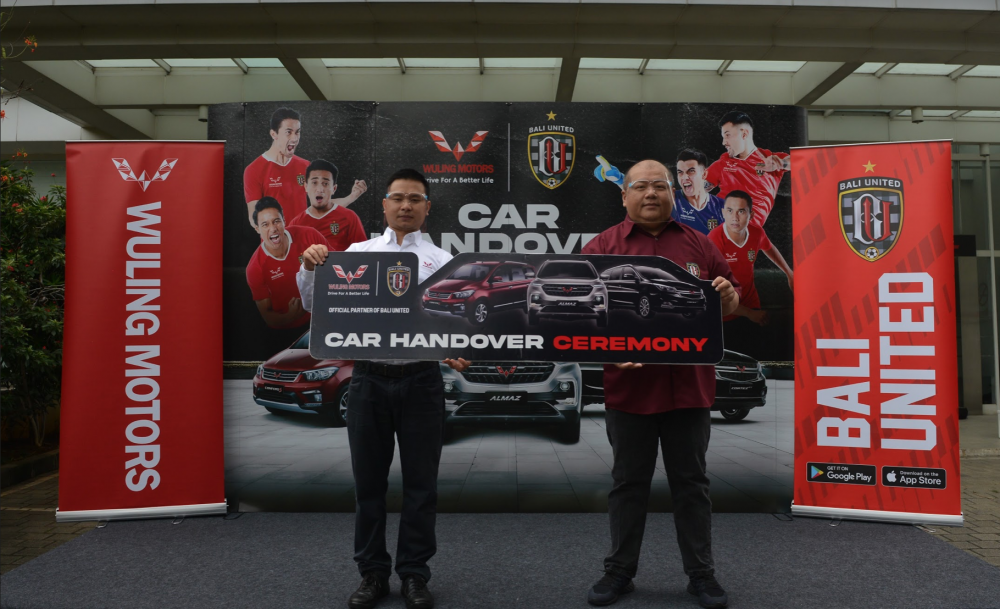 Chief Executive Officer of Bali United, Yabes Tanuri also gave a positive response and warm welcome to Wuling. "Bali United is honoured to parner with Wuling who has consistently supported us until now even though the 2020 season has stopped due to the pandemic. This shows Wuling’s strong commitment on providing the best in all aspects for Indonesia. Hopefully this synergy will continue to strengthen both parties, Bali United and Wuling, to move forward through every challenge. "

Wuling Motors has officially become one of Bali United's official partners since February 2020. Although the soccer league in Indonesia has been temporarily suspended due to the pandemic, this has not diminished the collaboration between the two parties. Last June, Wuling Motors and Bali United took part in the #BersamaWulingLawanCorona series for the people in Bali by donating 36,000 non-medical masks.

PT SGMW Motor Indonesia (Wuling Motors) was officially established in Indonesia on July 2017. The long-term commitment by the company was shown through the inauguration of the factory and 60 hectares Supplier Park in Cikarang, West Java. The first product from Wuling Motors, Confero series which was launched on August 2017, has received ICOTY 2017 award in the Small MPV category, ICOTY 2018 in Best Value for Money category by Mobilmotor magazine, and Rookie of The Year in OTOMOTIF AWARD 2018 version. Moreover, Cortez which was launched on February 2018 received Best Medium MPV award in ICOTY 2018 by Mobilmotor magazine, and Best Total Cost Ownership Medium MPV on the Gridoto Award 2019. Cortez CT also won Best Medium MPV on the Gridoto Award 2019 and Best of Medium MPV Gasoline in OTOMOTIF AWARD 2019 and 2020. Wuling Motors also presented its first Light Commercial Vehicle (LCV) product with Formo, which was introduced on November 2018. Wuling’s 4thproduct, Smart Technology SUV, Almaz, was launched on February 2019 and has received a number of awards. From the Apresiasi Inovasi 2019 in Technology category by Koran Sindo and Sindonews.com, Carvaganza Editors’ Choice Award 2019, FORWOT Car Of The Year 2019, Car of The Year dan Best Medium SUV in Gridoto Award 2019 version, named as Pertama di Indonesia dari TRAS N CO Indonesia dan INFOBRAND.ID, and lastly, won ‘The Best Innovation in Marketing’ category at Marketing Award 2020. Wuling Motors committed to keep bringing products and services that are suitable with the needs of Indonesians.

For more information about the Company, please contact through:

How To Use A Car Seat Belt Correctly

Wuling Has Now Arrived for Businessmen
See All Articles 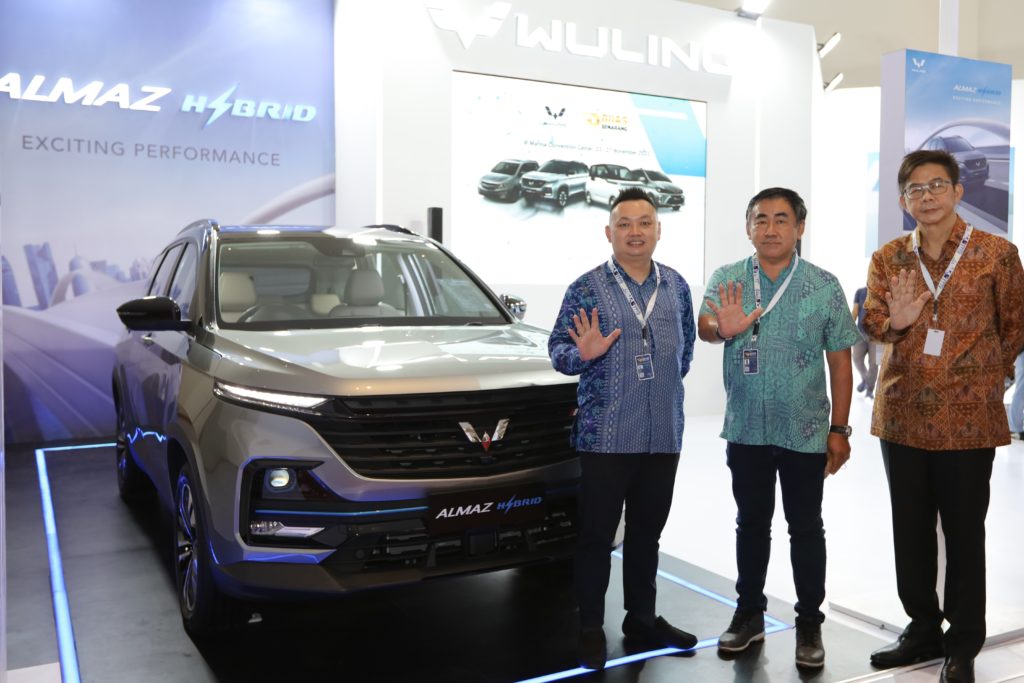 How To Use A Car Seat Belt Correctly

Wuling Has Now Arrived for Businessmen
See All Articles