In a glance, Wuling Confero S looks elegant yet sporty as its features and specifications create such impression. The elegant, sporty look is resulted from the use of projector headlight and DRL (daytime running light) with firm lines.

Wuling MPV car is embellished with chrome accent spread in every side, which gives elegant look. In the compartment, you’ll get an impression of an ample room with interesting interior design. The interior design is dominated in beige, which creates the impression of much more spacious room.

You don’t need to worry about having hot air when you drive the car. Moreover when driving the car on roads in Indonesia during current dry season. Why? Because Wuling Confero S is equipped with double blower AC that produces sufficient cool air inside the car.

The exterior parts of Wuling Confero S are supported with features that give elegant look when you see it. For examples, the use of projector headlight, fog lamp, and DRL with firm lines. Those lamps are not only used to elevate the aesthetical purpose of car exterior, but also to increase safety, especially when you drive on a foggy road. Those features also give a sporty touch to the car. You’ll also get the impression of luxury with the use of chrome accent spread in the entire sides of the car, including within the roomy and classy compartment.

Wuling Confero S MPV comes with reliable engine acceleration. Its engine has a large capacity of 1,485 cc with DOHC, DVVT type and perfected with 5-speed manual transmission system. This system can optimally produce 107 horsepower at 5,800 rpm. Its peak torque value is 142 Nm at 3,800-4,400 rpm.

Wuling MPV car has some reliable complimentary features. Among others is the MPD panel indicator in the speedometer that that we can watch clearly.

When you’re in the car, you won’t have to feel restless whenever your cellular phone’s battery is about to die, because Wuling MPV car is equipped with USB charging ports in three locations for more functional purposes. USB ports are positioned in the second and third seating rows, making it easier for passengers to charge their phones too.

What are other features available in this car? There are tire-pressure monitoring system or TPMS, brakes that function with anti-lock braking system (ABS) and electronic brake distribution (EBC) technologies that will control car speed in order to minimize accidents due to brake failure, and dual airbags for other complimentary features. In order to give passengers more comfort during a trip with Wuling MPV car, an 8-inch head unit is available too, complete with MirrorLink, a standard feature that must be available in Wuling Confero S.

Wuling Confero S is equipped with special smart key safety system using automatic remote car keys to roll car windows up and down and for trunk release. It also provides electric fuel tank opener which will make the process of opening and closing fuel tank cap a lot more effective and efficient.

In term of dimension, Confero S is categorized into big MPV for 1,500 cc engine. Confero S is comfortable for low speed driving on flat areas and smooth roads. This car is also comfortable in times of traffic congestion in the city because it is equipped with smooth pedal for transmission shift and soft clutch pedal. 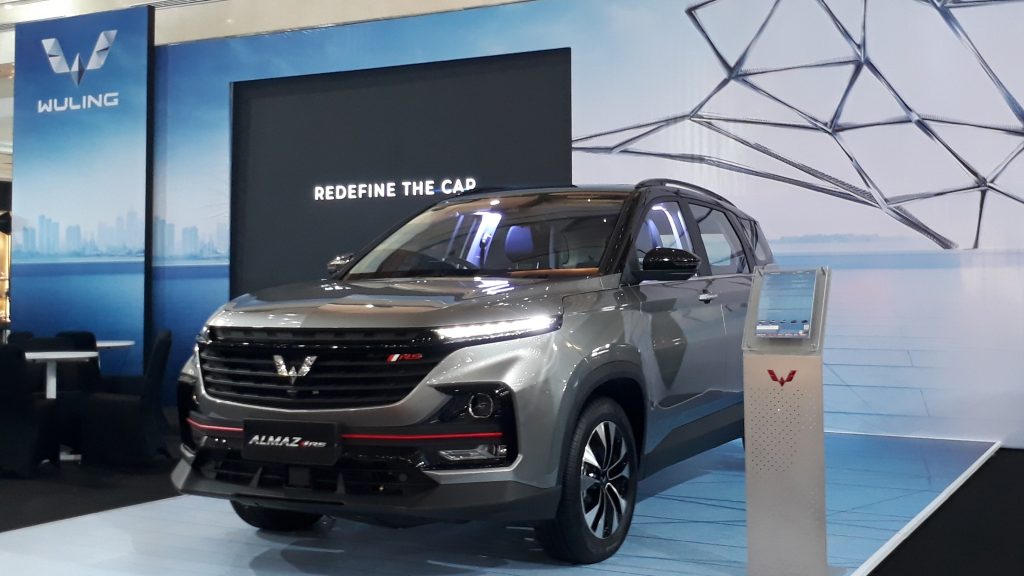 Wuling Almaz RS Begin to be Marketed in Yogyakarta
The Intelligent Digital Car from Wuling comes with a dynamic appearance and WISE innovation Yogyakarta, 30 March 2021 – After officially launched nationally, today Almaz RS, the flagship SUV from Wuling Motors (Wuling) was also launched in the city of Yogyakarta at the Ambarukmo Plaza Atrium.
Read More