Donated 1,000 units of PPE in the effort of #WithWulingAgainstCorona

Jakarta, 9 April 2020 – As a form of a joint synergy to fight against the spread of corona virus in Indonesia, Wuling Motors (Wuling) through its corporate social responsibility program, #WithWulingAgainstCorona, donated 1,000 units of Personal Protective Equipment (PPE) today at the Indonesian Medical Association Headquarter, Jakarta. The donation was given symbolically by Bambang Sumitro as Human Resources Director Wuling Motors to the President of Indonesian Medical Association, Dr. Daeng M Faqih, SH, MH. 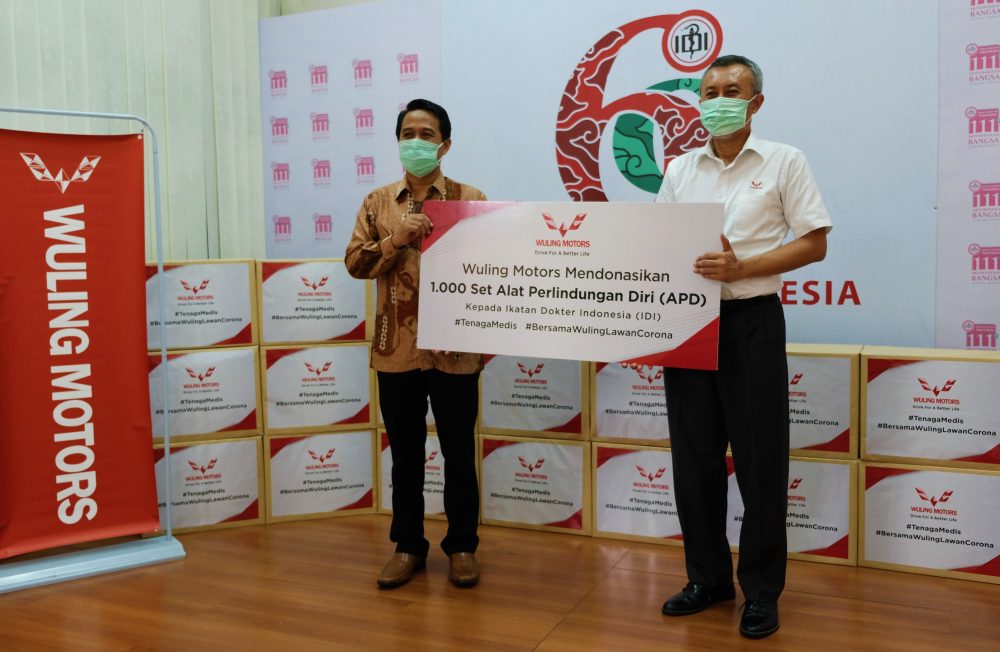 “We really appreciate all of the medical workers who have been working hard up until now as the front liners in fighting against corona virus in Indonesia. The supports we give are the tangible form of Wuling’s responsibility and commitment in Indonesia which are driven by the spirit of ‘Drive For A Better Life’ that we always stand firmly. We hope that this donation could help all the medical workers to always use personal protection equipment when they are in duty to protect their health,” said Bambang Sumitro.

Amid this pandemic, medical teams lack of PPE, which is vital for their health and safety when they treat patients who are infected by the virus. In this regard, Wuling is moved to take part to protect medical workers who are fighting tirelessly by donating PPE to the Indonesian Medical Association. Wuling gives 1000 units of PPE, which consist of hazmat coverall, goggles, gloves, and boots. With this donation from Wuling, the Indonesian Medical Association will distribute the donation for all medical workers in Indonesia. 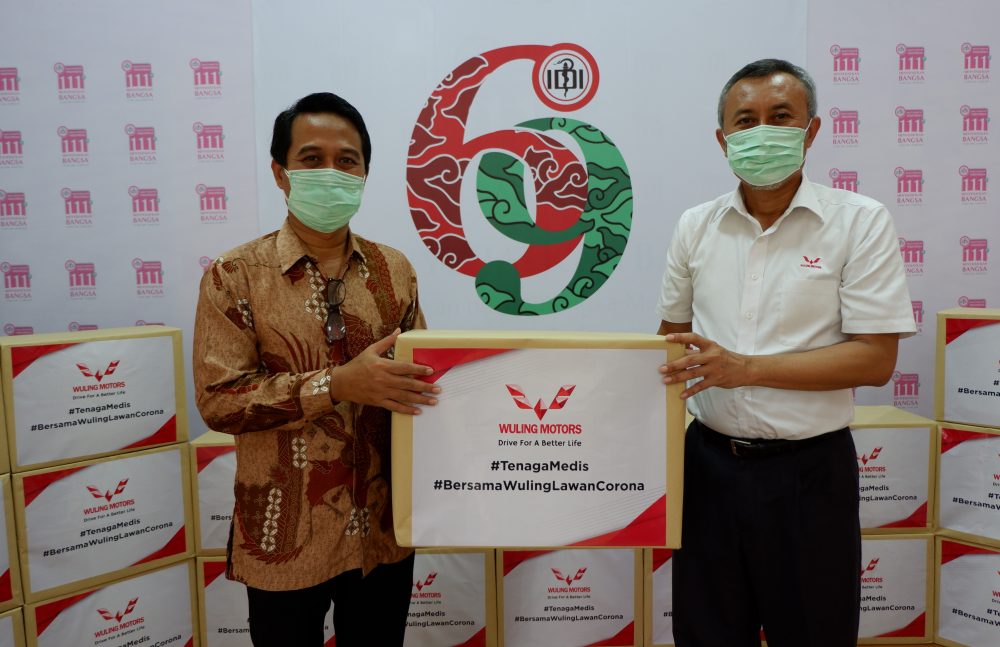 The President of Indonesian Medical Association, Dr. Daeng M Faqih, SH, MH, welcomed this initiative from Wuling positively. “Currently, there are lots of medical workers in Indonesia who are lacking PPE therefore the risk of contagion of the corona virus is increased on them. In addition to the government’s aids, supports from several parties need to be built up. Therefore, we appreciate Wuling’s step to fight against corona virus in Indonesia through this #WithWulingAgainstCorona program.”

Moreover, Bambang Sumitro added, “Let’s all unite to give support to the government and public in facing this difficult time so that Indonesia will rise up and recover soon.”

As additional information, recently Wuling has also run Home Service, Home Test Drive, and Online Booking programs which are implemented to support of the government's recommendation to stay at home to prevent the spread of corona virus in Indonesia. For more information about Home Service and Home Test Drive services, customers can have them through My Wuling+ application, then customers can also access My Wuling+, Wuling.id, and Blibli.com for the Online Booking program.

PT SGMW Motor Indonesia (Wuling Motors) was officially established in Indonesia on July 2017. The long-term commitment by the company was shown through the inauguration of the factory and 60 hectares Supplier Park in Cikarang, West Java. The first product from Wuling Motors, Confero series which was launched on August 2017, has received ICOTY 2017 award in the Small MPV category, ICOTY 2018 in Best Value for Money category by Mobilmotor magazine, and Rookie of The Year in OTOMOTIF AWARD 2018 version. Moreover, Cortez which was launched on February 2018 received Best Medium MPV award in ICOTY 2018 by Mobilmotor magazine, and Best Total Cost Ownership Medium MPV on the Gridoto Award 2019. Cortez CT also won Best of Medium MPV Gasoline in OTOMOTIF AWARD 2019 version and Best Medium MPV on the Gridoto Award 2019. Wuling Motors also presented its first Light Commercial Vehicle (LCV) product with Formo, which was introduced on November 2018. Wuling’s 4th product, Smart Technology SUV, Almaz, was launched on February 2019 and has received a number of awards. From the Apresiasi Inovasi 2019 in Technology category by Koran Sindo and Sindonews.com, Carvaganza Editors’ Choice Award 2019, FORWOT Car Of The Year 2019, and named as Car of The Year dan Best Medium SUV in Gridoto Award 2019 version. Wuling Motors committed to keep bringing products and services that are suitable with the needs of Indonesians.

About the Indonesian Medical Association (IDI)

The Indonesian Medical Association (IDI) was established on 24 October 1950 and is the only organization for medical profession across Indonesia, as stipulated in the Medical Practice Constitution No.29/2004. This organization existed in every region in Indonesia. IDI aimed to integrate all doctors’ potential from across Indonesia, to keep and enhance value and dignity as well as respect of medical profession, leverage knowledge and medical technology, as well as enhance public’s health in Indonesia towards healthier and more prosperous citizens. For more information about IDI, visit IDI official website.

4 Innovations of MyWuling+ to Ease Your Activities 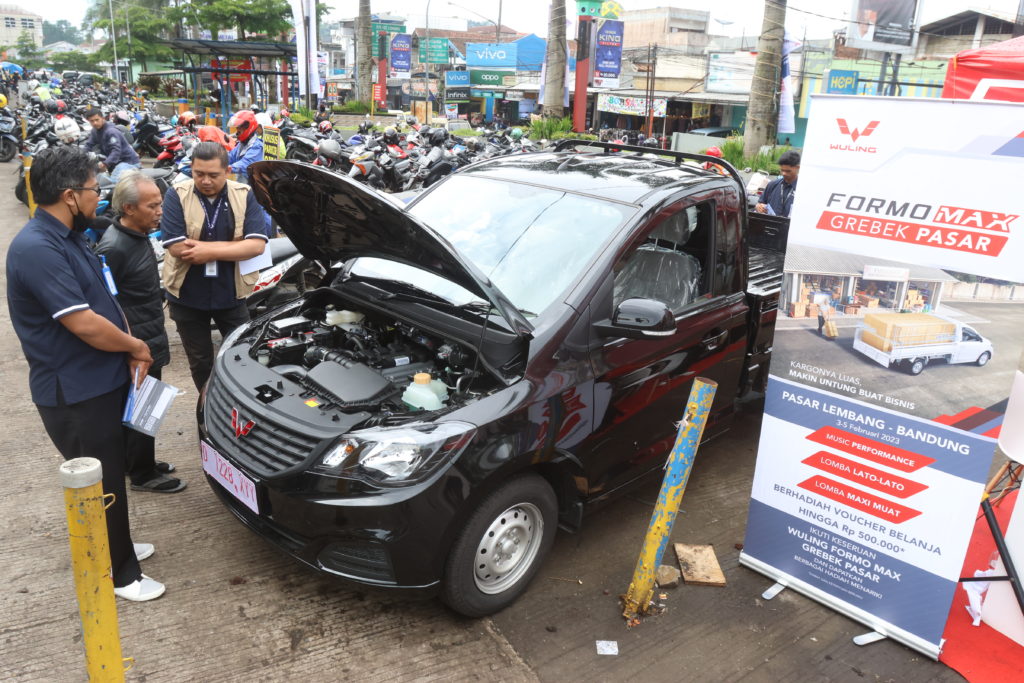 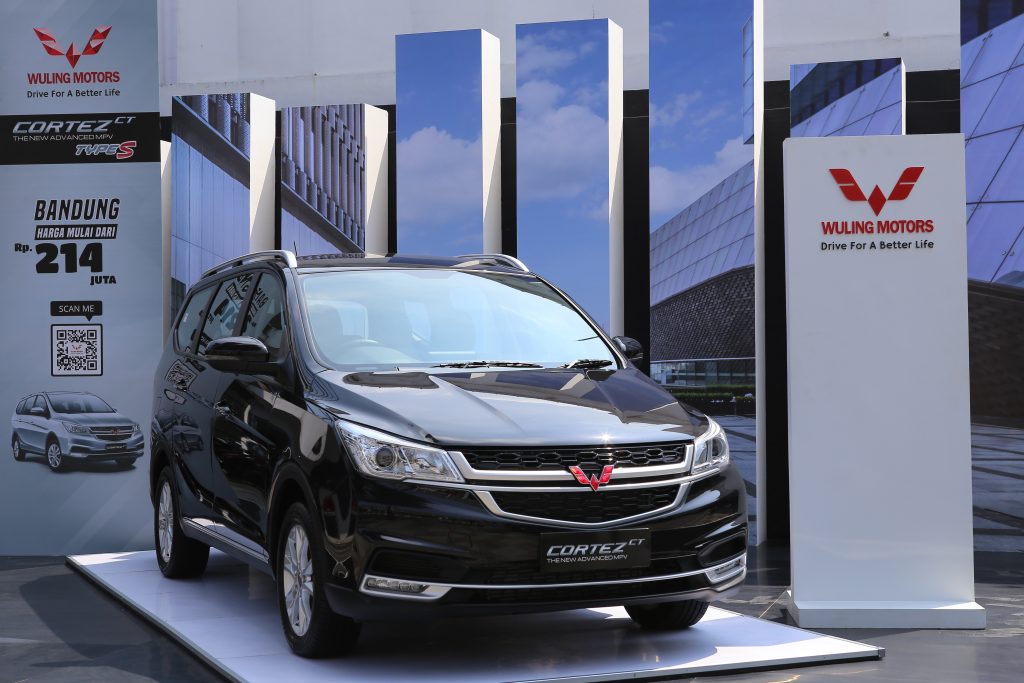 4 Innovations of MyWuling+ to Ease Your Activities