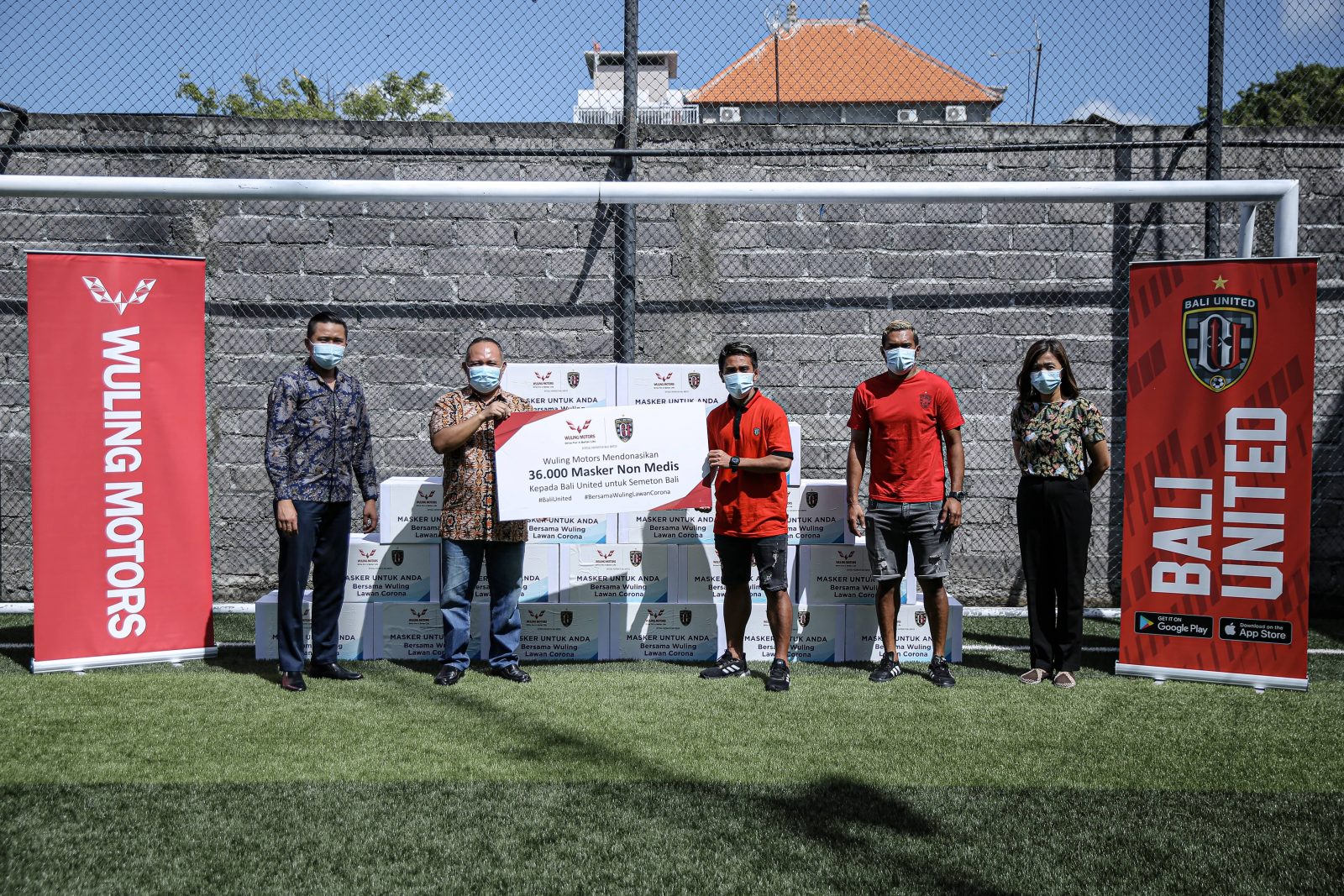 A support to welcome New Normal in a form of Masks For You, With Wuling Against Corona

Badung, 18 June 2020 – Wuling Motors (Wuling) and Bali United collaborated today by symbolically handing over 36.000 non-medical masks that would be distributed to five villages spread across four Banjar in Bali. This social activity was part of the #WithWulingAgainstCorona program to support the society on the Island of the Gods. This donation was given directly through Wuling’s dealer partner in Bali, represented by Suhud Budiman, Operational Manager of Hanawa Group, and Aldrian Nugraha as the Sales Manager of Kumala Group toMade Ayu Budimeliani as the Activation Manager of Bali United at Mess Bali United FC. 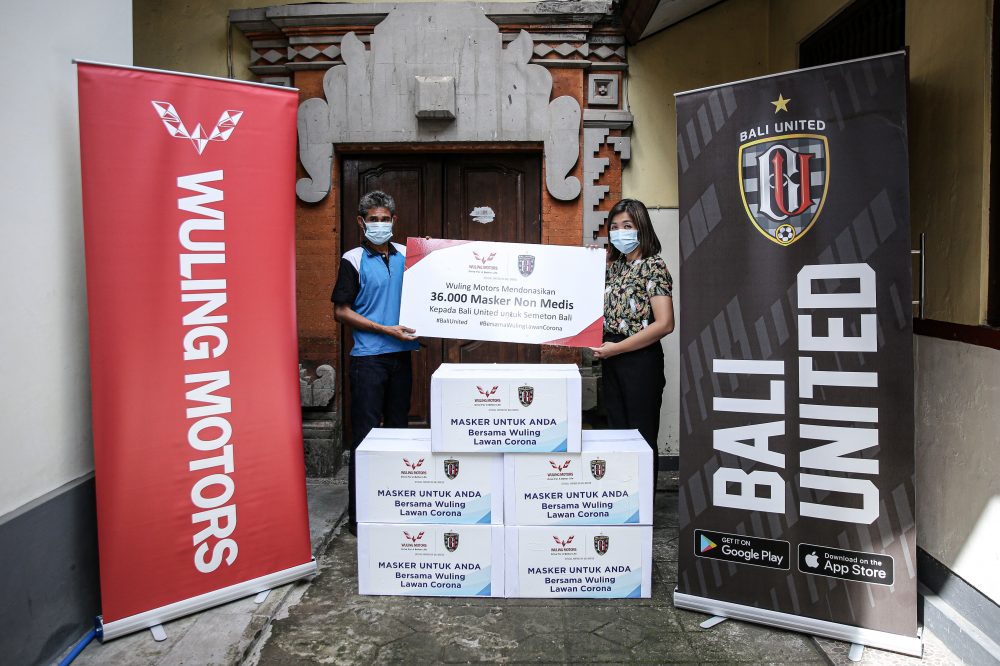 “As Wuling’s official dealer partner in Bali, we feel honored to deliver masks donation to the society here. Supported by the spirit of Drive For A Better Life, Wuling collaborates with Bali United, donating non-medical masks to welcome new normal,” said Suhud Budiman.

There were 36.000 masks from Wuling that would be distributed to five villages, which are Pemecutan Kelod for Denpasar Banjar, Karangasem for Karangasem Banjar, Legian and Kuta for Badung Banjar, and Anyar for Tabanan Banjar. This masks distribution was also a commitment for the people in the Island of The Gods and part of Wuling’s partnership with Bali United that was inaugurated last February 2020. A positive welcome was also delivered by Made Ayu Budimeliani on behalf of Bali United, saying “Bali United continues in synergy with Wuling as one of our official partners to give a contribution to the people in Bali, not only in sports and automotive industry but also in society’s health through mask donation as daily equipment to do activity during new normal.” Wuling and Bali United also actively support the people during the COVID-19 pandemic in Indonesia. Wuling, through #WithWulingAgainstCorona, has taken part to help the society and medical workers who have been fighting against the pandemic. Bali United has also given many contributions to help to relieve the people’s burden through various social programs that have been conducted before.

“Entering the new normal that refers to health protocols became the background of this collaboration between Wuling and Bali United to support the people in Bali Island by donating non-medical masks to adapt to the new normal and get back to do activities,” said Aldrian Nugraha.

Bali United FC is an Indonesian football club located in Bali. The team that is called Serdadu Tridatu, is one of the respected sports teams in Indonesia. Bali United successfully became the champion of Shopee League 1 2019 competition and made the team that was the pride of people in The Island of The Gods, joined in the competition in Asia. This year, the Bali United team is strengthened with some national players who are well known in Indonesian football, such as Ricky Fajrin, Stefano Lilipaly, dan Ilija Spasojevic. Moreover, there are also high-quality local players from Bali, such as I Made Andhika Wijaya and Kadek Agung Widnyana, as part of the Bali United team currently. The club has the vision to make the football industry in Indonesia grow better through the ecosystem of 4C that is Club, Community, Corporation, and Country. Together with Wuling, WALI Realize Concern for People with Disabilities
Synergize with Wuling to provide donations for Wisma Tuna Ganda in the Holy Month of Ramadhan. Jakarta, 9 May 2021 - Wuling Almaz Indonesia (WALI), as an official community of Almaz users, cooperated with Wuling Motors (Wuling) to carry out social activities today through donations of food staple
Read More